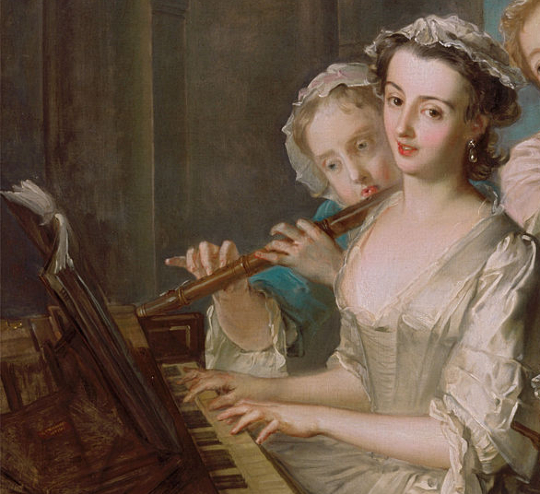 
Maria Hester Park (1760-1813) was a British musician well known for her musical compositions. Before her marriage, Park had a slight reputation for her public performances; her earlier performances included a concert series with Maria Hester Reynolds as well as a duet with Jane Mary Guest. She published her first compositions in 1785, which included six Sonatas for the Harpsichord or Piano Forte and Violin.

She stopped performing publicly in 1787 after her marriage to engraver and writer Thomas Park, and instead focused exclusively on her composing and teaching. Her move to compositions would help cement her greatest fame: her popular music which would make her one of the most notable women composers of her day.

Park published a significant musical portfolio throughout her life. According to musician Diana Ambache, her music was "popular in the elegant drawing rooms of eighteenth century England" and was "the sort of music performed by Jane Austen heroines." Her work ranges from relatively simple, pleasing salon music to challenging romantic-style compositions. Although some of her compositions are now considered lost, a number of them have survived and are still performed today.

Park died in age 52 from an unknown illness; she had been suffering from ill-health for for several years.

In addition to her musical success, Park enjoyed a happy, loving marriage. Her husband Thomas Park composed numerous love poems for her and continued writing about her after her untimely death in 1813. Thomas would later write that her death was the death of "the joy of half my life."

In 1817, he published a poem about his late wife entitled 'Remembrance. Written on Christmas Eve 1817."

The last stanza of the poem is a fitting tribute to her life and work:

By skill and science highly was she grac’d
In music’s melting art, and with such taste
And touch of feeling did she sounds convey,
Her heart appear’d more than her hands to play;
Yet what did most the hearts of others win,
All was sweet harmony, sweet peace within;
Whence I may say, who best have claim to know,
She never lost a friend, she never made a foe.
Take this remembrance, dear departed Worth!
Till Heav’n do more make known what once
thou wert, on Earth.


Some of her work can be listened to on Spotify or Youtube. The following video contains her Piano Sonata in E-flat major, Op. 4 No. 2.