Film Friday: A poster for The Fighting Guardsman (1946) 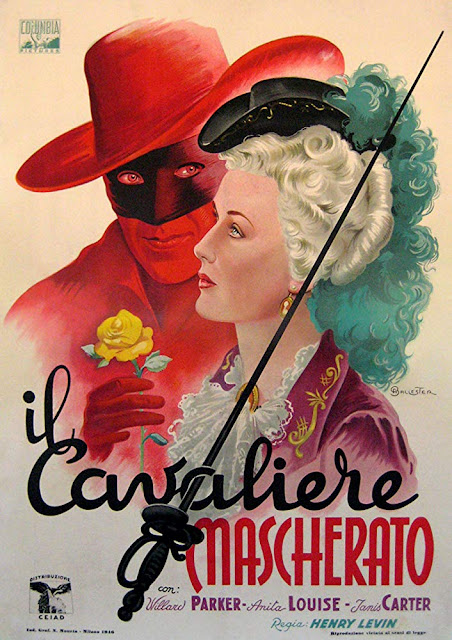 The Italian poster for The Fighting Guardsman (1946); a Columbia Pictures film, based on a novel by the same name, about a Robin Hood-esque baron who begins stealing taxes to give to the poor during the reign of Louis XVI. The film, which is currently not available on DVD or streaming, reused some of MGM's costumes from their historical drama Marie Antoinette (1938).
Posted by Anna Gibson at 9:14:00 AM