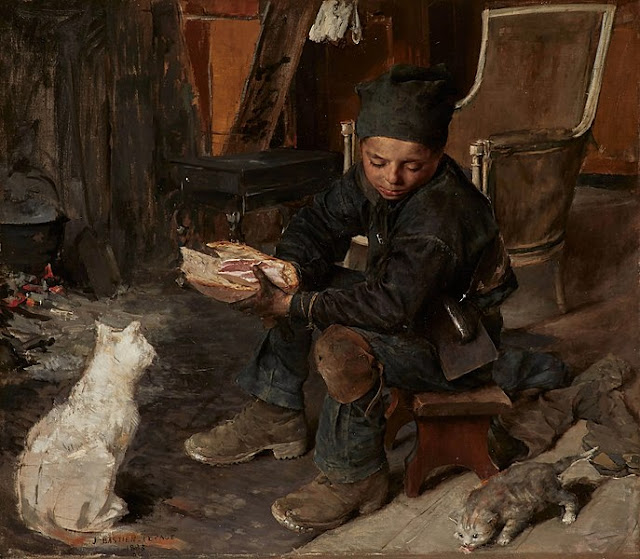 
Mary Alcock was an English writer whose sole public poem published during her lifetime was intended to raise money for charity. Not much is known about Mary's personal life--even the exact identity of her husband is debated. It is known that Mary was frequently called up on to care for others and, as her niece would later write, she dealt with much suffering and "trials" from Providence; she cared for her parents during a long decline and after her sister Elizabeth died in 1770, she raised her 7 nieces. As her niece Joanna Hughes would later write, "she stood forth as the benefactress and protectress of a whole orphan family of dependent nieces[.]"

Her husband died by the early 1780s; after his death she moved to Bath and began participating in literary circles. Despite her rather voluminous poetry production, Alcock only published her poems to publicly once. In 1775, she wrote 'The Confined Debtor: A Fragment from a Prison.' The poem was published solely to raise money for people in jail for debt in a local prison and, thanks to her efforts, enough money was raised to release at least 14 people from newgate prison and "many debtors" from Ilchester prison. In 1784, she published another poem ("The Air Balloon, or Flying Mortal") anonymously. Rather than publish her poetry, Alcock preferred to share it with friends and family.

In Bath, she was also known for her philanthropy, which is reflected in some of her poetry, including this poem about the sufferings of young children who were employed as apprentice chimney-sweeps. Chimney-sweeping was an incredibly dangerous job and the dangerous and difficult job of cleaning chimney flues was often tasked to young children, starting at around 6 years old.

In most cases, these young apprentices were orphans, children from workhouses or children from poor families who needed their children to bring in an income. Once they were chosen as an apprentice, they would be legally bound to their master chimney sweep until they reached adulthood. Many of these children were seriously injured or killed during the difficult work; in 1794, the Gentleman's Magazine recalled a tragic incident in which two young chimney sweep boys were killed in the same baker's chimney; the eldest of the two was eight years old.

Alcock's poem coincided with other publications bringing notice to the plight of young chimney sweepers and their apprentices, including works such as The State of Chimney Sweepers' Young Apprentices by Jonas Hanway. In 1788, the 'Chimney Sweepers Act 1788' was passed, which attempted to raise the age limit of chimney sweepers' apprentices to at least 8 years old (though this was, naturally, still shockingly young) but it was rarely enforced.

It was not until 1834 that regulations raised the age of chimney sweeper apprentices to 14 ,and required all apprentices to express that they were 'willing and desirous' to enter the trade in front of a magistrate before they could be signed to a master. Despite this and further regulations (including an 1840 act that made it illegal for anyone under the age of 21 to sweep chimneys) these regulations were difficult to enforce.

'The Chimney-Sweeper's Complaint' by Mary Alcock

A chimney sweeper's boy am I;
Pity my wretched fate!
Ah, turn your eyes; 'twould draw a tear,
Knew you my helpless state.

Far from my home, no parents I
Am ever doom'd to see;
My master, should I sue to him,
He'd flog the skin from me.

Ah, dearest Madam, dearest Sir,
Have pity on my youth;
Tho' black, and cover'd o'er with rags,
I tell you nought but truth.

My feeble limbs, benumb'd with cold,
Totter beneath the fack,
Which ere the morning dawn appears
Is loaded on my back.

My legs you see are burnt and bruis'd,
My feet are gall'd by stones,
My flesh for lack of food is gone,
I'm little else but bones.

Yet still my master makes me work,
Nor spares me day or night;
His 'prentice boy he says I am,
And he will have his right.

"Up to the highest top," he cries,
There call out chimney-sweep!"
With panting heart and weeping eyes
Trembling I upwards creep.

But stop! no more —
I see him come;
Kind Sir, remember me!
Oh, could I hide me under ground,
How thankful should I be!