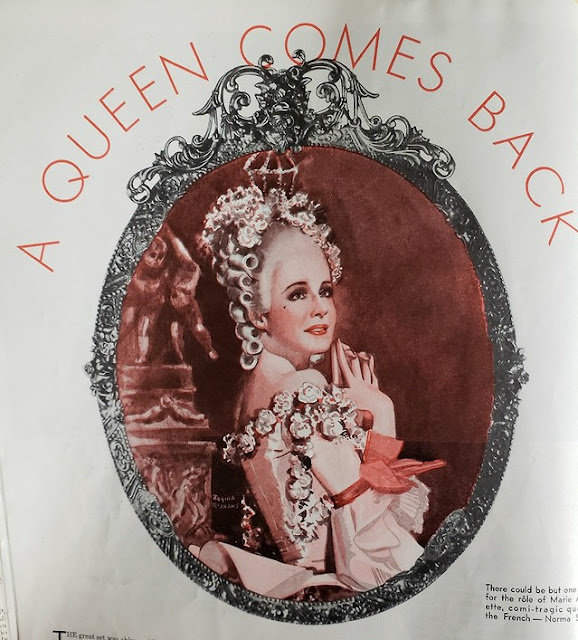 Image: Norma Shearer as Marie Antoinette, as featured in the July 1938 issue of Photoplay. [source: my photo/collection]

The marketing department behind Marie Antoinette (1938) was working overtime to promote MGM's grand--and expensive--new historical picture. One of the reoccurring themes behind the 1938 advertising was the return of Norma Shearer to the big screen; and this ad, like many others, played on Norma Shearer's reputation as the queen of MGM to highlight her role as the queen of France in the upcoming film.
Posted by Anna Gibson at 10:26:00 AM