What They Said Saturday: "Happily, grief increased my illness..." 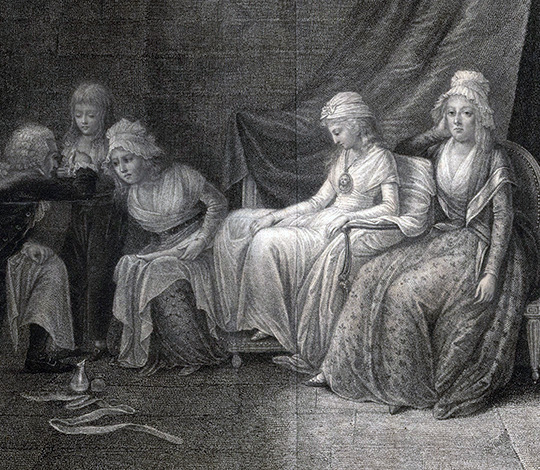 After the death of Louis XVI, the royal family was left behind in the Temple prison to a yet undetermined fate. For a time, it seemed that the royal family would be sent out of France--or that, at least, is what Marie-Thérèse Charlotte recalled due to the behavior of their guards. Despite the potential for freedom, the newly widowed Marie Antoinette sank into despair. It was only her daughter's illness that helped distract her from the pain and anxiety caused by the loss of her husband and the agonizing question: what was going to happen to them?

Marie-Thérèse Charlotte wrote in her memoir:

"We now had a little more liberty, the guards thinking we were about to be sent away. But nothing was able to calm the anguish of my mother–we could make no hope of any sort enter her heart; she was indifferent whether she lived or died. She looked at us sometimes with a pity that made us shudder. Happily, grief increased my illness, and that occupied her. My own doctor, Brunier, and the surgeon La Caze were brought, and they cured me in a month."