La Marseillaise (1938) is a unique film from famed director Jean Renoir; the film, which is an effective ensemble piece, depicts the French Revolution through the eyes of the people of France--from the king and queen to the ordinary people who made up the Revolution.

The following still depicts the tense walk of the royal family from the Tuileries Palace on August 10th, 1792. 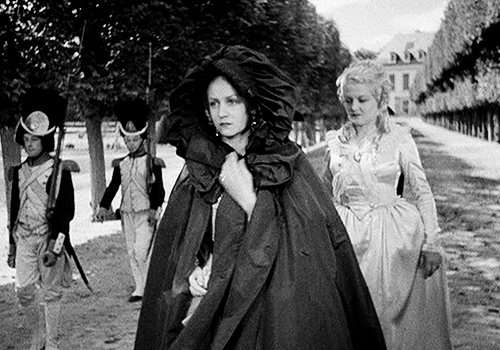