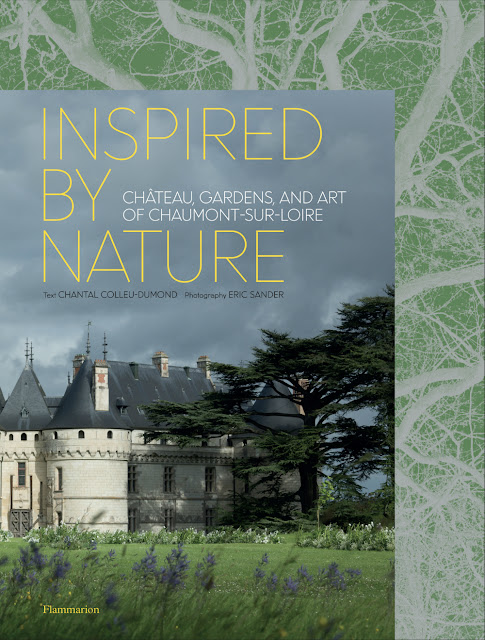 [image:  Inspired By Nature: Château, Gardens and Art of Chaumont-Sur-Loire by Chantal Colleau-Dumond/Flammarion.]

The historical domain of Chaumont-sur-Loire is home to one of the oldest existing French châteaus: the château-sur-Loire, a 15th century château that has been the center of royal intrigue, Enlightenment ideals, and modern-day festivals. Inspired By Nature: Château, Gardens and Art of Chaumont-Sur-Loire is a stunning new book from Flammarion which explores the history of the château-sur-Loire, its former inhabitants, its breathtaking gardens, and everything that has made it a popular destination for visitors from around the world. 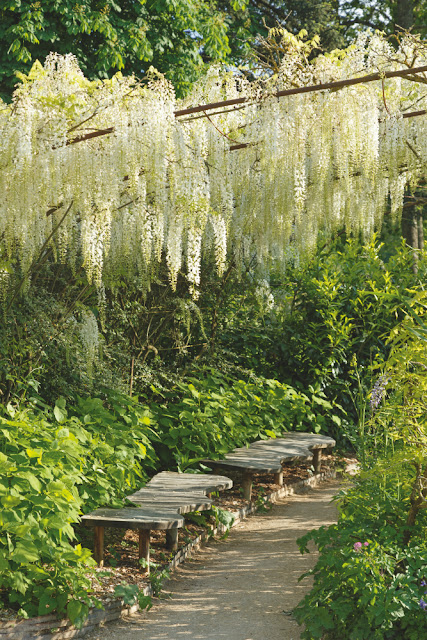 [p. 253, photo by Eric Sander from Inspired by Nature, Flammarion 2019]
The experimental kitchen garden, created in 2009, is a homage to biodiversity. Many of the fruits and vegetables growing there had been all but forgotten since the eighteenth century.

Inspired By Nature features many beautiful photographs by Eric Sander, along with well-crafted prose crafted by Colleau-Dumond, which recounts the many historical figures and events which once took place within the gilded walls of the château-sur-Loire.

The château-sur-Loire that sits on the estate grounds today was built in the 15th century over the burnt ruins of the original chateau, which was destroyed on the orders of Louis XI as a punishment for its rebellious owners. A new chateau was built by the Chaumont-Amboise family. In 1550, Catherine de Medici was given the estate, and she frequently favored it was a retreat. 10 years later, Medici relinquished the estate to Diane de Poitiers, Henry II's favorite; it was the orders of Poitiers, now mistress of château-sur-Loire, which gave the château much of its iconic appearance that is still preserved today. 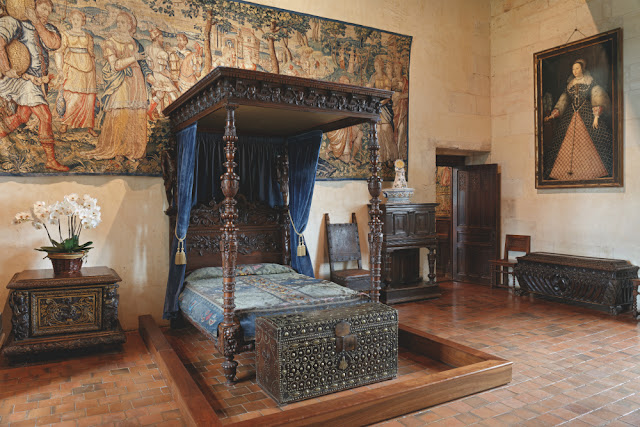 [p. 34-35, photo by Eric Sander from Inspired by Nature, Flammarion 2019]
The Catherine de’ Medici Room and The Story of David and Abigail tapestry, woven in the sixteenth century in Brussels.

Over the next few hundred years, château-sur-Loire would play home to various royals and nobles, though it never regained the favor of someone was notable as Catherine de Medici. In the 18th century, the north wing of the château was torn down so that two factories--one for crystal and the other pottery--could be built on the site. The château was seized by the new government after the revolution, though it was purchased--and widely neglected--by the famous Madame de Stael in 1810. It was not until the comte d'Aramon purchased the château in 1833 that it regained some of its former glory, including the now-popular cedars of Lebanon which remain on the site today along with extensive renovations. It was during the work of d"Aramon that the estate was declared a Monument historique by the French Ministry of Culture in 1840.

The restorations continued under the château-sur-Loire's next owner, Marie-Charlotte-Constance Say; it was during her ownership that the park was transformed into an English naturalistic landscape garden, which can still be seen today.

In 1938, Marie Say donated the estate to the French government. The château-sur-Loire remained fairly under the radar until 1992, when the very first International Garden Festival in Chaumont-sur-Loire was held. This now iconic Garden Festival is held annually and highlights innovative, creative and distinctly unique garden designs. Since its inception in 1992, the festival has not only become a mainstay for garden enthusiasts and architectural landscapers alike, it has immensely changed the way that people view gardens in a broad sense. 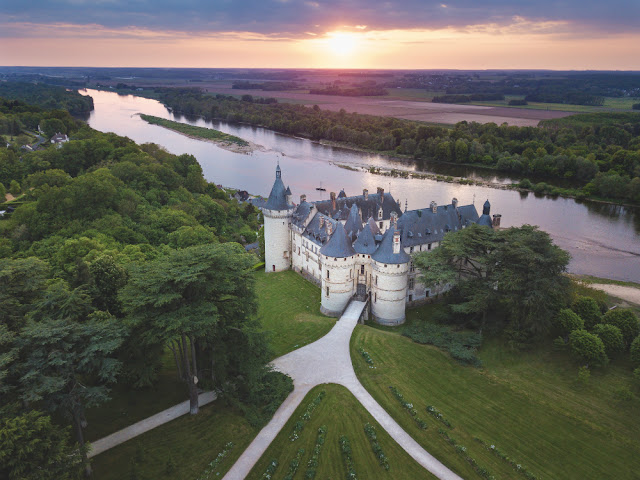 [p. 7, photo by Eric Sander from Inspired by Nature, Flammarion 2019]
The château was built in the fifteenth century facing the Loire river, in order to benefit from what, until the nineteenth century, was one of the longest navigable arteries in France

Inspired By Nature: Château, Gardens and Art of Chaumont-Sur-Loire features 227 pages of historical anecdotes, architectural details, and 300 full color photographs showcasing interior details, historical photographs and, in the last section of the book, an array of garden photographs that must be seen to be believed.

Although the insight into château-sur-Loire stunning interiors and architectural marvels of the château-sur-Loire itself, combined with a wealth of historical information about how the château has been transformed and reinvented by its owners over the years, is highly interesting—I must admit that the “nature” aspect of Inspired By Nature is what captured my attention the most. The remarkably photographs by Eric Sander capture just the right amount of detail of these beautiful, distinct and sometimes even tantalizing gardens. If you have never researched the modern gardens at Chaumont-Sur-Loire, you are in for a treat—I can guarantee that you have never seen gardens quite like these! As with any Flammarion publication, the print quality on the photographs is outstanding--crisp, clear and worth looking at time and time again.

I recommend Inspired By Nature: Château, Gardens and Art of Chaumont-Sur-Loire for anyone with an interest in historical French palaces, along with anyone with even the slightest interest in gardens. This book may just change the way you view gardens forever.

[A review copy of this publication was provided to me by the publisher]
Posted by Anna Gibson at 10:53:00 AM