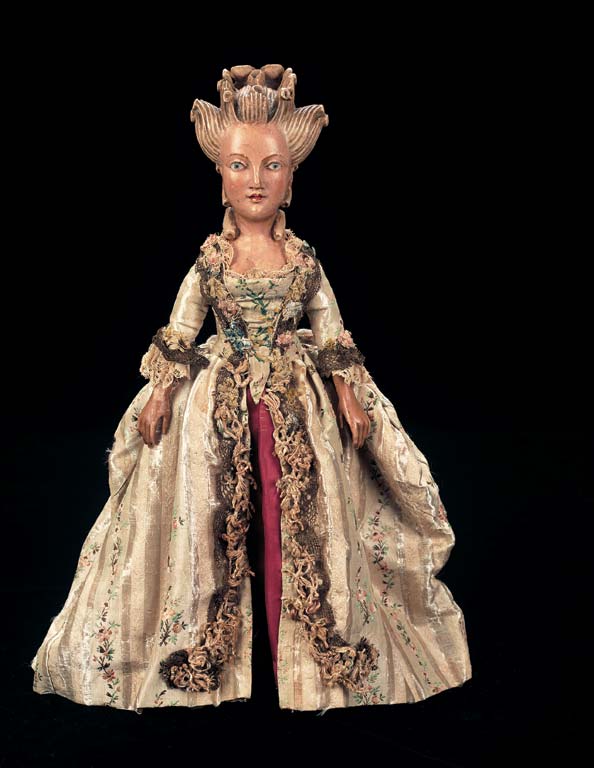 An 18th-century court doll depicting Marie Antoinette, circa the 1780s. This rare and unique piece is one of the few known French court dolls from this era to have survived. This elaborate doll was made from carved wood with silks and muslin fabric used for the gown. This was not a children's toy, but rather part of an overarching group of adult dolls that were produced in the court of Louis XVI. François Theimer, who completed an extensive study of court dolls during this time period, notes that there are 4 types of representative court dolls made during this period: dolls depicting the royal couple, dolls depicting court figures, dolls made during the Affair of the Necklace scandal, and dolls made during the end of the monarchy.

This particular doll falls into the first category--a doll depicting the royal couple or in this case, Marie Antoinette herself.