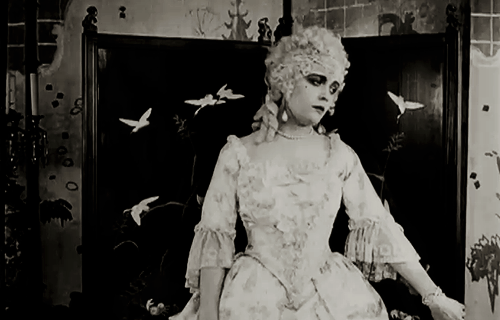 A screenshot of Pola Negri as the titular character in Madame DuBarry, a 1919 German silent film loosely based on the life of the last mistress of Louis XV. The film was also released as 'Passion' in the United States, though some of the U.S. prints were slightly censored to remove a particularly gruesome scene depicting the head of Madame du Barry being tossed to the crowd.
Posted by Anna Gibson at 2:21:00 PM