Camille Clifford (1885-1971) is best known for her work as a model for "Gibson Girl" illustrations, though she did plenty of stage work during her career as well. It's highly likely that her stage work was the source for these delightful cards featuring Clifford in an 18th-century inspired costume. Wikimedia dates another image in this series to 1907 and describes it as Clifford dressed as Madame de Pompadour; in 1906, Clifford was part of the musical The Belle of Mayfair, which included a harlequinade sequence that Footlight Notes describes as featuring Camille Clifford as "La Pompadour." 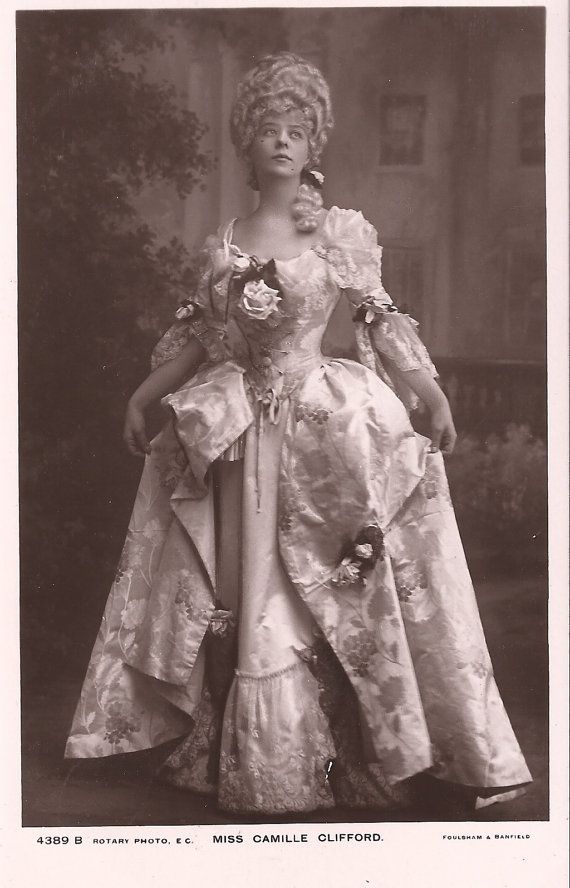 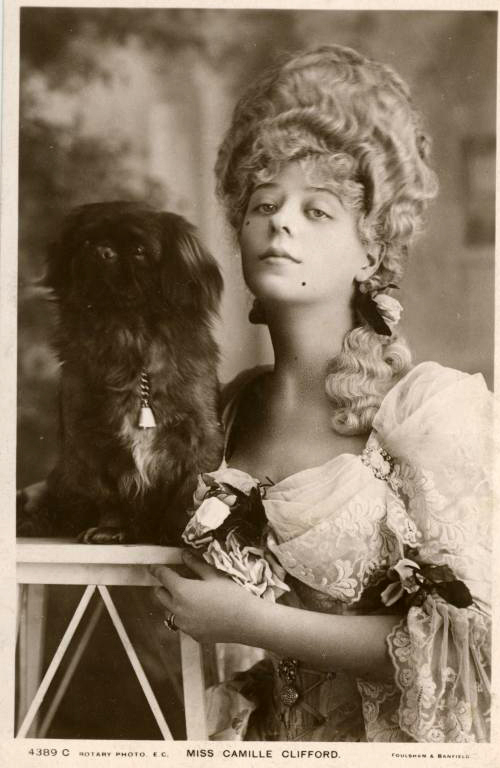 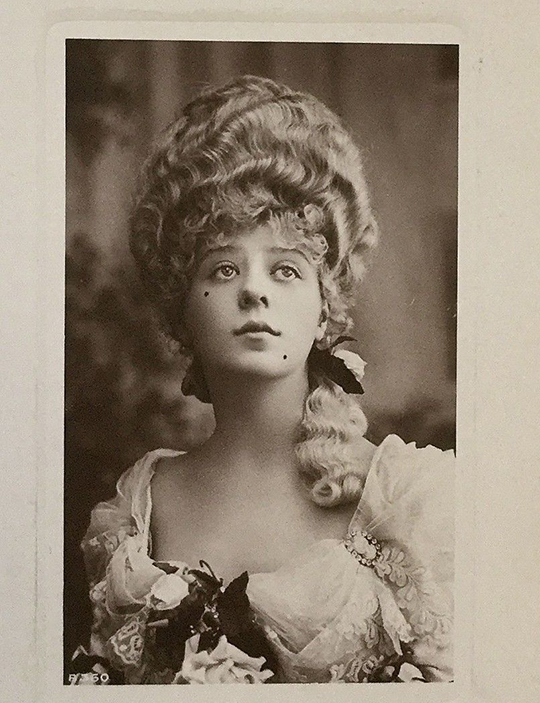