Following the failed flight to Montmédy, the popularity of the royal family--which was already fairly delicate--plummeted to extreme lows. While Louis XVI and Marie Antoinette bore the brunt of the satirical and extremely negative cartoons that flooded Paris in the days and weeks to come, the rest of the royal family was not spared ridicule, even the children. This particular illustration, titled "The family of pigs brought back to the barn," depicts the royal family as pigs being led back to Paris in a hay-filled cart. 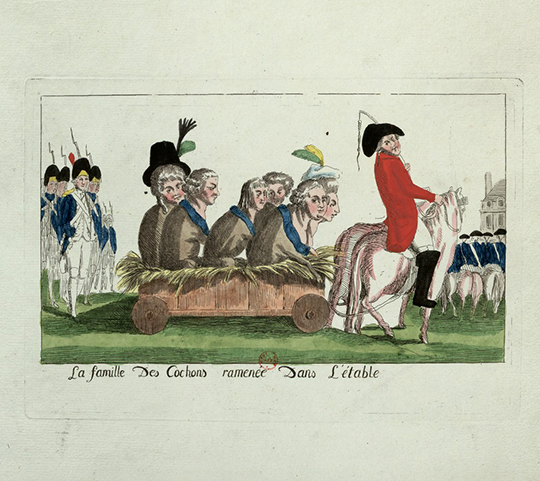 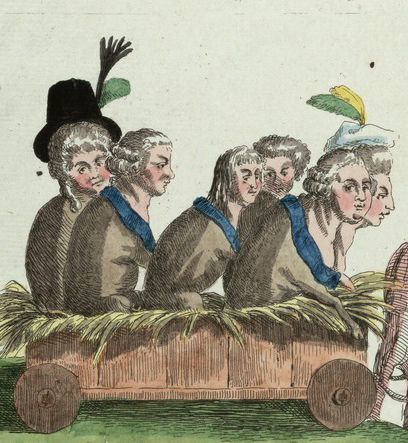