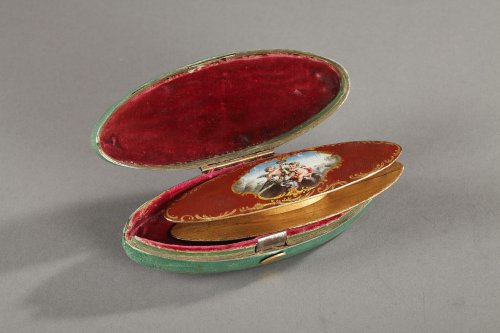 "[Knotting] is so little used that a description seems almost unnecessary." --Florence Hartley, The ladies' hand book of fancy and ornamental work, 1859

By the time that Florence Hartley wrote these words, the practice of knotting--or creating a string of ornamental knots using a shuttle--had fallen so far out of use that it was only worth three sentences in a book otherwise stuffed with descriptions, patterns, and step by step diagrams of all sorts of ornamental needlework. Yet knotting was once a staple of ornamental needlework practiced by upper class women, who would spend hours creating delicate knots with their beautifully adorned shuttles.

Knotting was done through the use of a knotting shuttle, which allowed the user to wind thread which could be gradually turned into long strings of decorative knots. Most women would keep drawstring bags on their wrists so that the strings could be pushed inside as they knotted. After they were finished, the knotted strings were then couched or sewn onto dresses, linen, chair backings, and other types of fabric material. Knotting shuttles for upper class women were typically made from high end materials, including porcelain, ivory, tortoiseshell, or even gold, while shuttles for lower classes were more often made of bone.

The easy nature of knotting made it something women, once well-practiced, could keep themselves occupied with while barely needing to look at their hands. Knotting could be done during long coach rides, while sitting in drawing rooms and salons, while sitting in the theater, and any number of occasions. The practice was so popular with Queen Mary of England during her downtime that that Sir Charles Sedley made a ditty of it: ‘For here’s a Queen now thanks to God!/Who when she rides in coach abroad/Is always knotting threads.’

The widespread popularity of knotting in the 17th and 18th century made it a popular subject in women's portraiture of the period. I've compiled ten of the many portraits from this period showcasing women using knotting shuttles, which I've shared below. (You can find many more portraits online--a great number of hem are mislabeled as women with tatting shuttles; however, tatting did not develop until the 19th century and the shuttles featured in these 18th century portraits are all designed for knotting.) 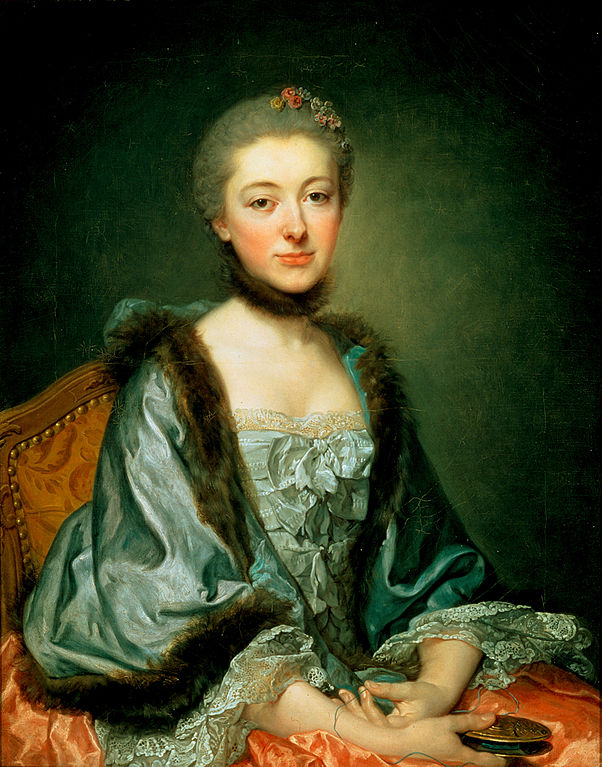 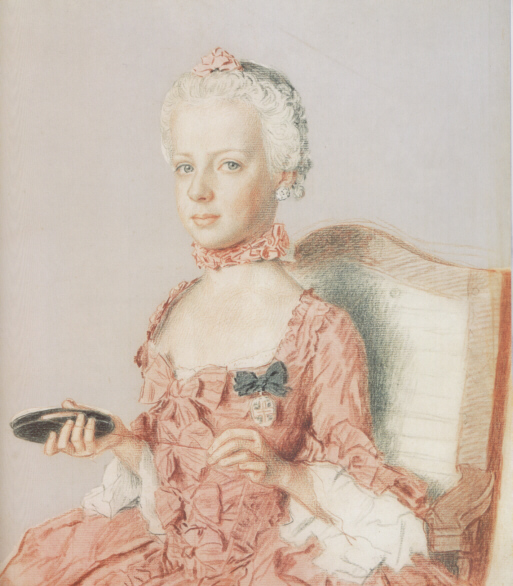 A portrait of Marie Antoinette of Austria by Jean-Etienne Liotard, 1762 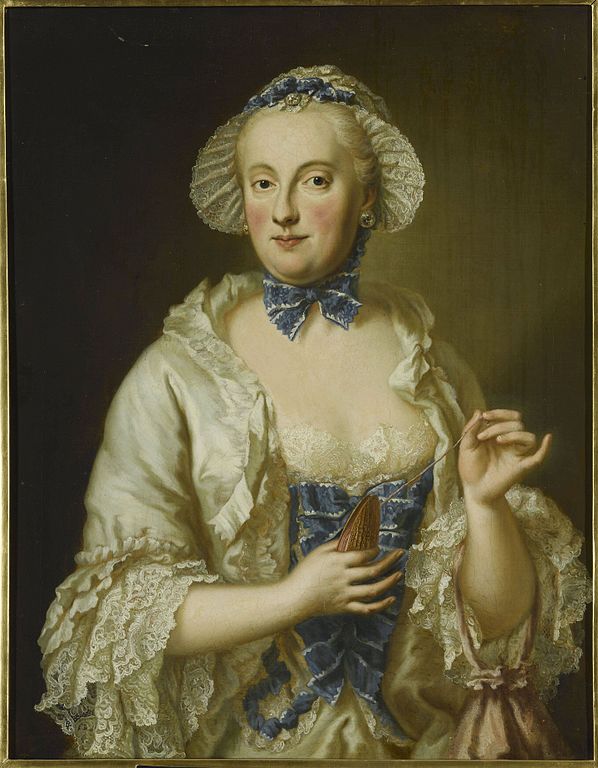 A portrait of Princess Charlotte of Hesse-Philippsthal or Maria Anna Sophia of Saxony from the workshop of Georg Desmarées, circa 1764. 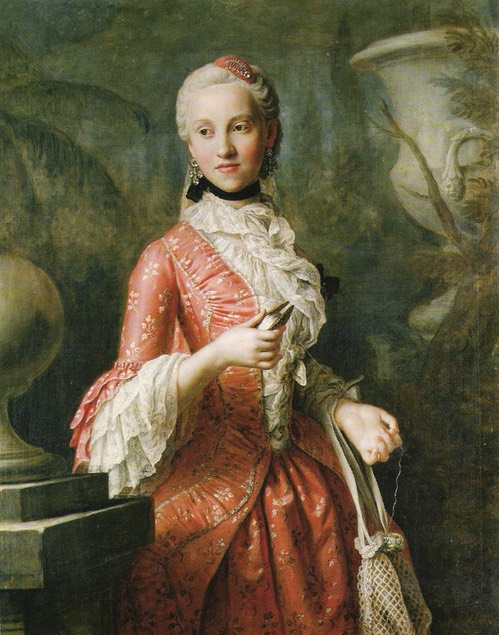 A portrait of Maria Kunigunde of Saxony by Pietro Rotari, circa 1755 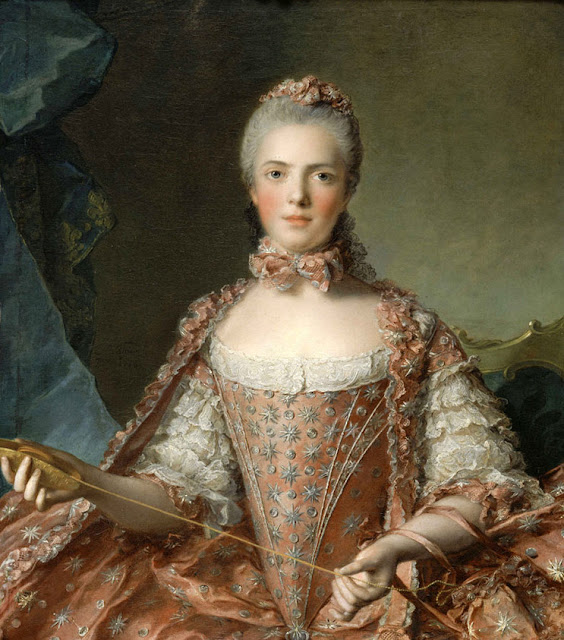 A portrait of Madame Adelaide de France by Jean-Marc Nattier, 1756. 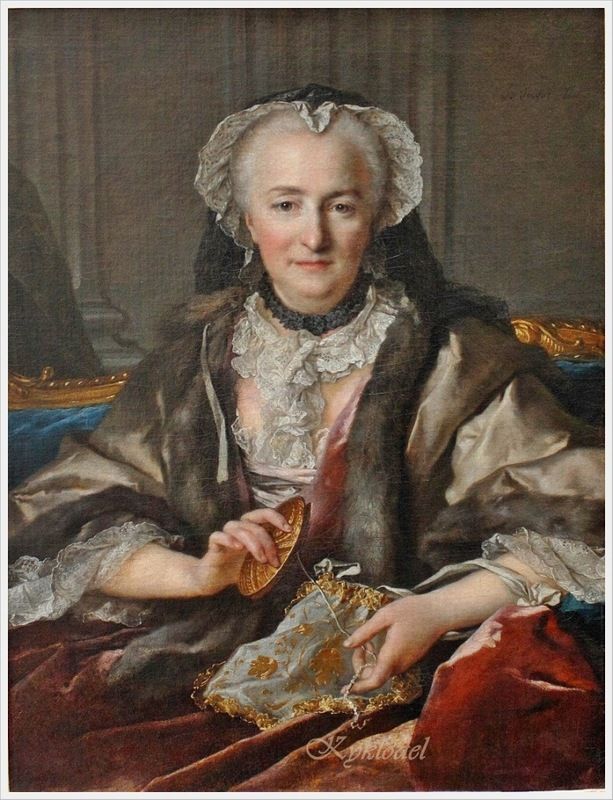 A portrait of Madame Dange by Louis Tocque, 1753. 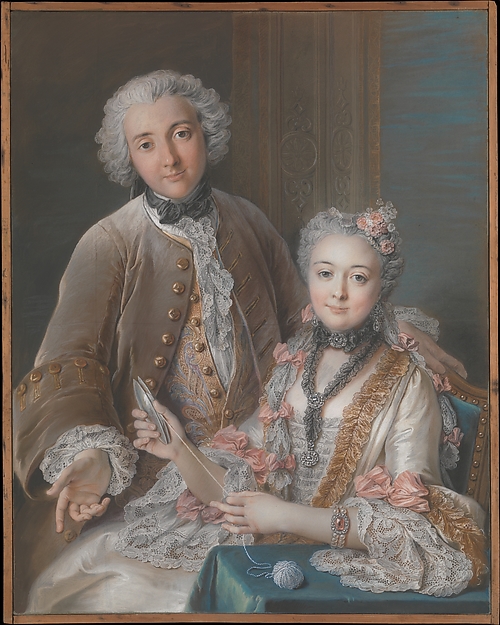 A portrait of François de Jullienne and his wife Marie Elisabeth by Charles Antoine Coypel, 1743. 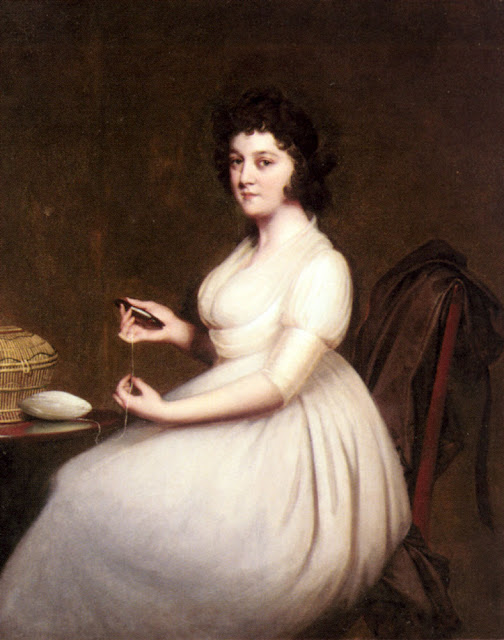 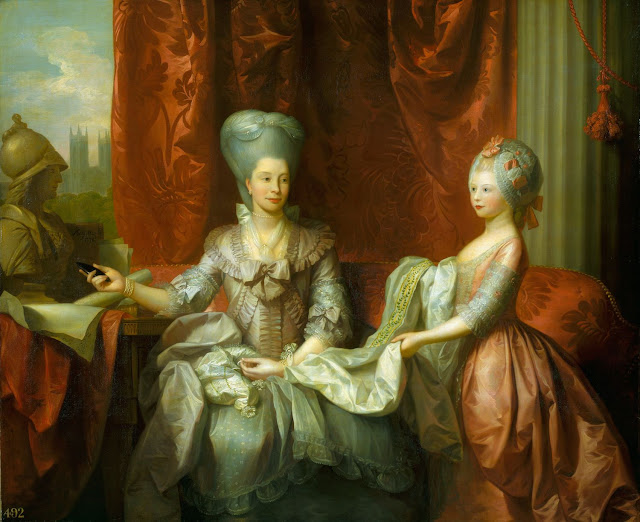 A portrait of Queen Charlotte and Charlotte, Princess Royal by Benjamin West, 1776. 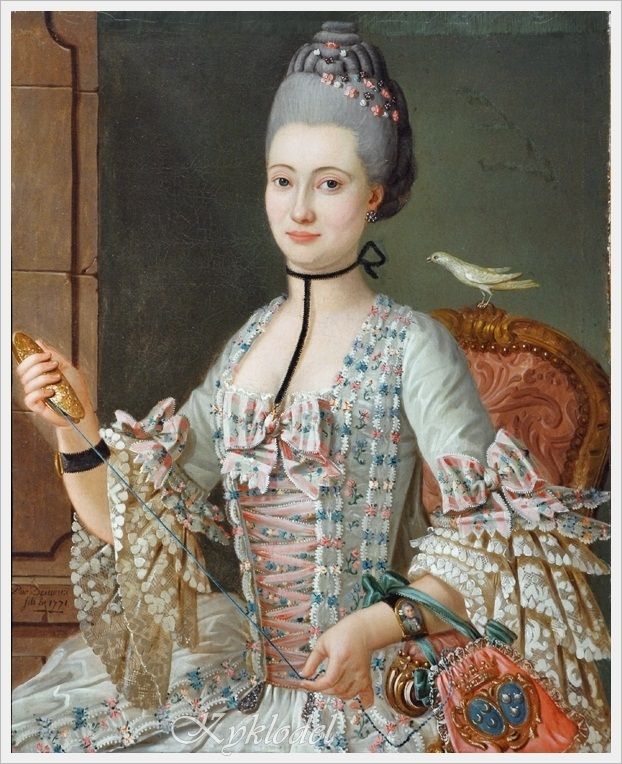