Profiles in History currently finished Day 2 of their most recent Hollywood Auction, and a few items related to MGM's 1938 'Marie Antoinette' film were featured. All of the 'Marie Antoinette' items sold this time around, and only one item did not go above the estimate. 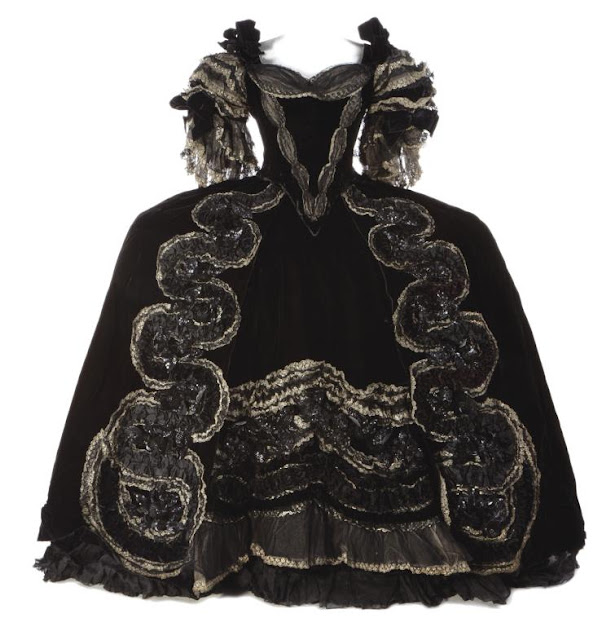 This ornate gown was made with black velvet, black and silver buillon lace, and black velvet ribbon. The costume was worn by Norma Shearer in the scene where she and Louis-Auguste learn that Louis XV has died and they are now the queen and king of France.

These lead soldiers were designed to be used as distant extras in a forced perspective shot to give the impression of hundreds more extras than MGM could employ. Most are only painted on the camera-facing side. This set came from the collection of Ib Melchior, a writer and film producer/director who passed away in 2015. 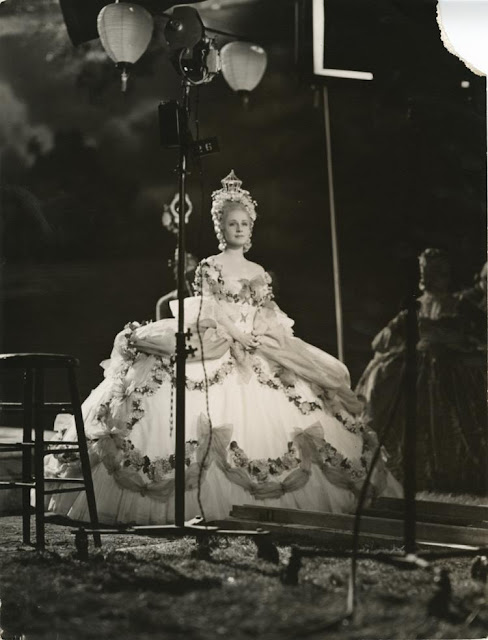 This fantastic collection of over 60 photographs features everything from unique photos taken during filming, snapshots of behind-the-scenes relaxation, costume tests, production stills and more. Some of them have the right corner torn off, which was known to be Norma Shearer's way of indicating a "kill," or a photo that wouldn't be used for publiicyt. Profiles in History was kind enough to scan about 20 of the photos for the online listing, and while I wish we could have seen all of them, it's enough to get just a few of the never-before-seen images! You can view the rest that Profiles in History uploaded here.