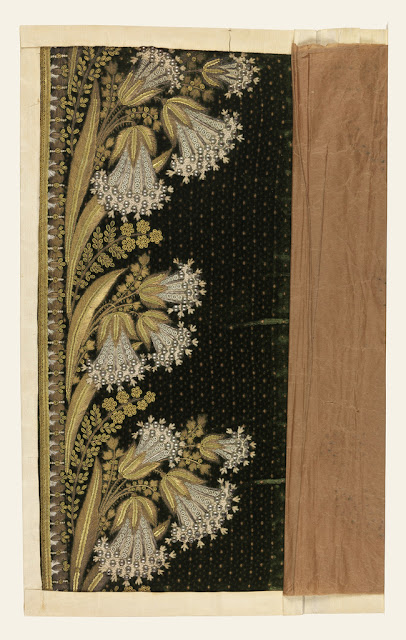 "I'm embroidering a waistcoat for the King which hasn’t progressed much, but I hope that with God’s grace, it will be finished in a few years." --Marie Antoinette, 1770.

Needlework of all kinds was a common pastime for aristocratic and wealthy women in the 18th century; needle-crafts such as hand-embroidery, sewing, couching and even lacework were ways for upper-class women to occupy their hours of leisure time and create elaborate embellished gifts for close friends and family, or even embellished decor for their own personal use.

Needlework was ever-present in the lives of lower class women as well, although spending hours honing skills in elaborate decorative needlework was usually reserved for women who used that skill to bring in money instead as a leisure activity enjoyed by wealthy women. Needle skills were necessary for the everyday tasks of running a household, such as sewing, mending, and marking linens; as with upper class women, embroidery could be used to embellish gifts or personal items.

Not surprisingly, needlework is frequently seen in portraits of women from the 18th century. I've compiled 10 portraits centered on this theme which I will share below. 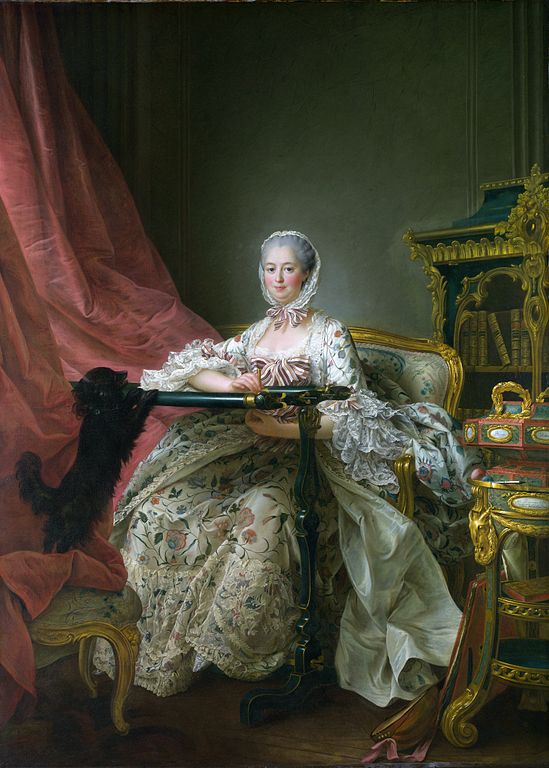 Portrait of Madame de Pompadour at her Tambour Frame by François-Hubert Drouais, 1763-1764. 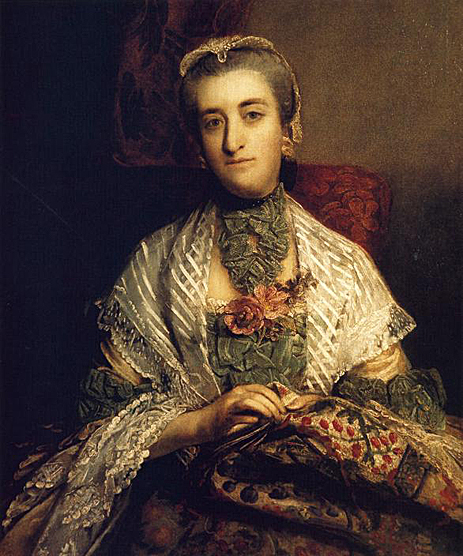 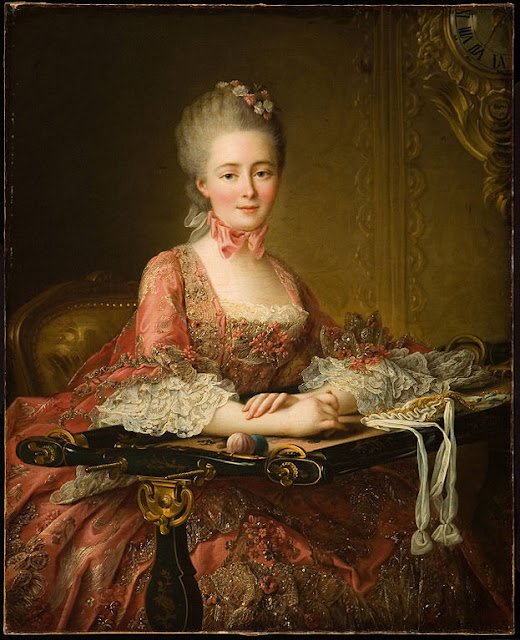 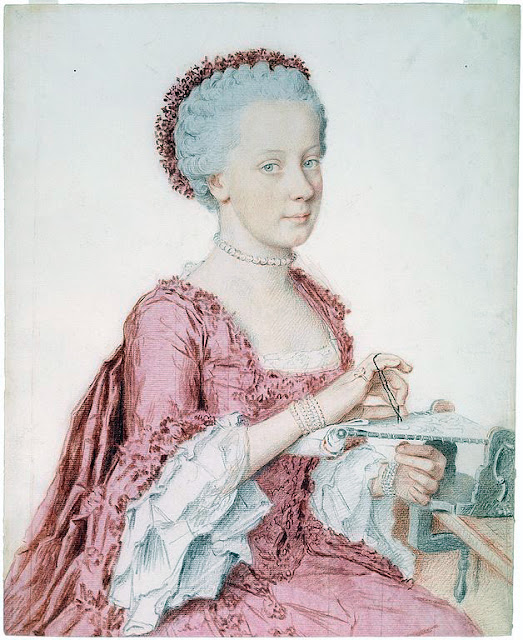 Portrait of archduchess Maria Amalia of Austria by Jean-Etienne Liotard, 1762. 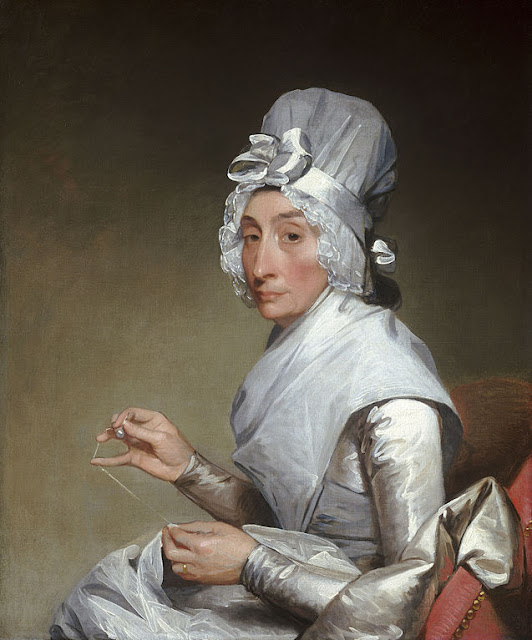 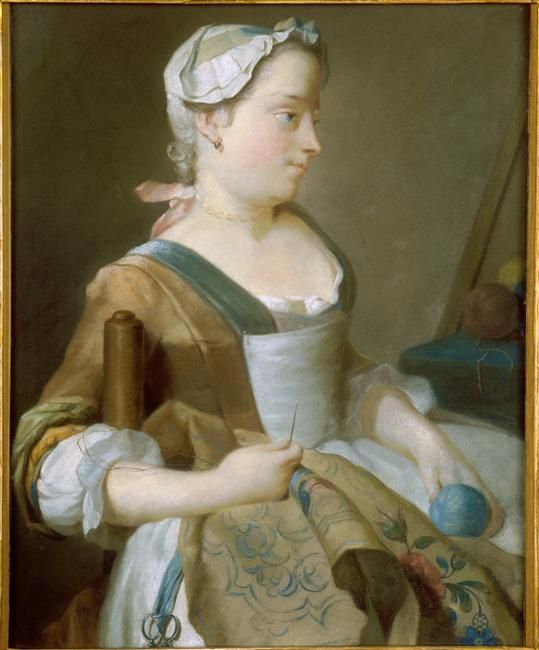 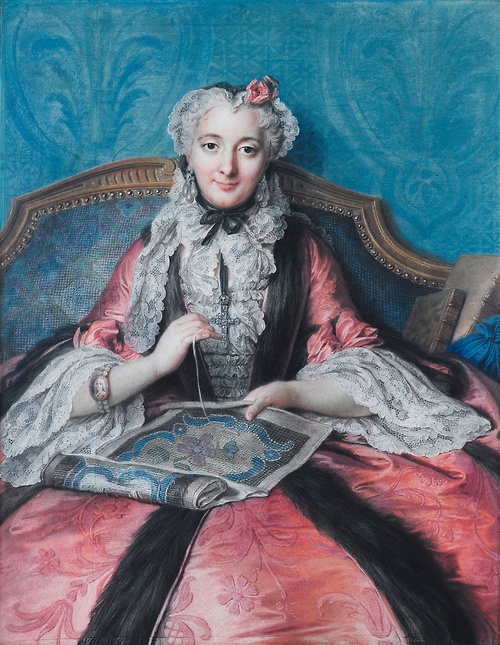 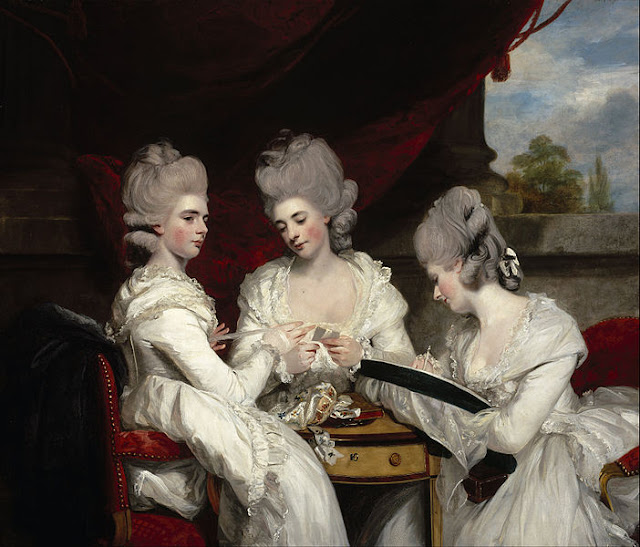 Portrait of The Ladies Waldegrave by Joshua Reynolds, 1780. 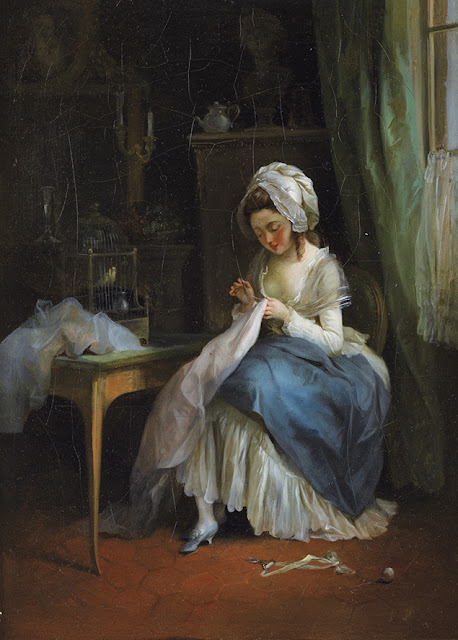 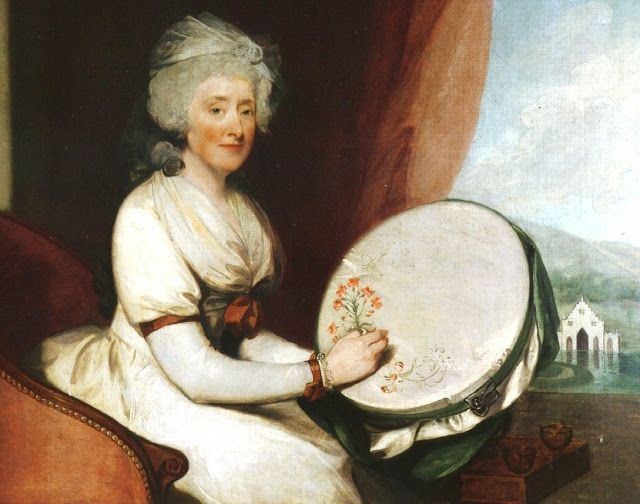