Three depictions of Louis XVI and the royal family meeting with Antoine-Augustin Parmentier, best known for his significant work towards gaining French acceptance of the potato as a safe and edible food source. Part of Parmentier's efforts included vying for the support of the royal family and in 1789, Parmentier's 'Treatise on the Culture and Use of the Potato, Sweet Potato, and Jerusalem Artichoke' was published with the approval of Louis XVI. 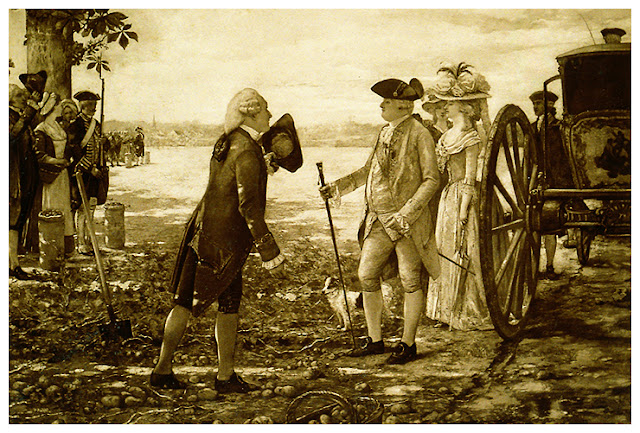 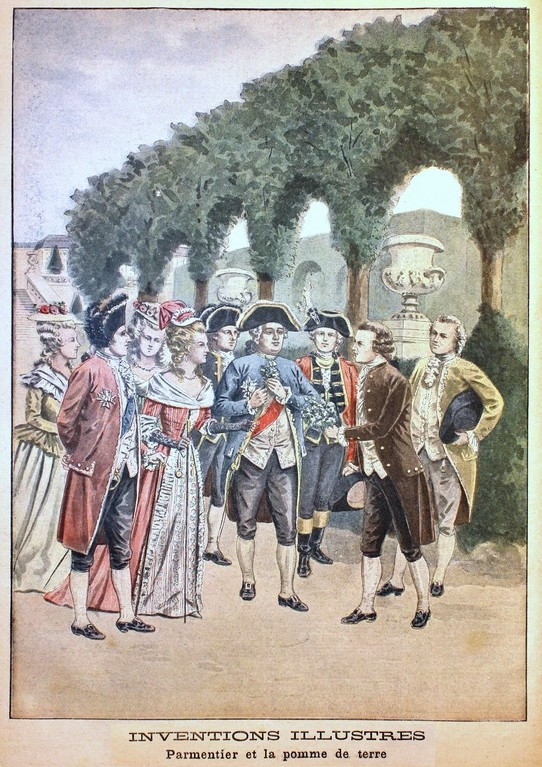 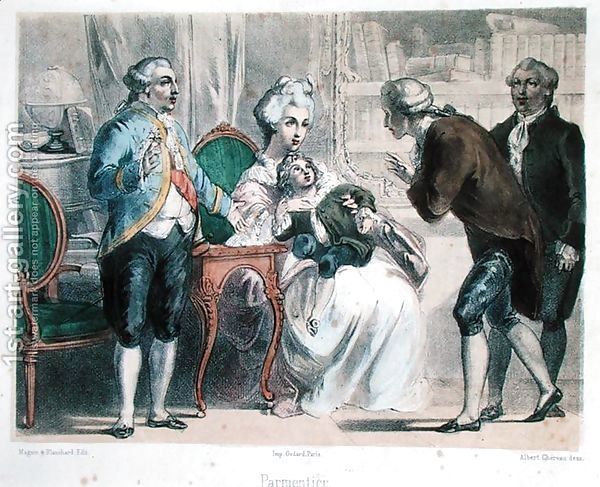 Parmentier presenting the potato to the royal family by Albert Chereau. Unknown date.