While modern masquerades are usually reserved for Halloween, in the 18th century masquerades were much more frequent occasions. Marie Antoinette's fondness for masquerades was no small thing: her frequent appearances at Paris masquerades at first endeared her to Parisians, who became enchanted with the smiling new dauphine that contrasted to wonderfully with the decrepit Louis XV; but after she became queen, Marie Antoinette's love for donning a mask and dancing the night away began to take a more infamous turn.

After she and her husband ascended to the throne, the propaganda wheels that had previously only caused bumps in the road began to turn in full force. Every little action by the queen, however harmless it may have been, was ripe for gossip and inflation.

Once, the queen and her entourage were on their way--fully masked--to a ball, when the carriage broke down. It was decided that because their faces were well hidden by the masks, they would take a fiacre--otherwise known as a carriage for hire. For the queen of all France to take what amounts to a common taxi was inconceivable in French society, and perhaps nothing would have come of the situation if Marie Antoinette had kept mum. However, the queen gaily brought up the incident to others, thinking nothing of sharing what she perceived as a fun adventure.

To the gossip mill that hounded her, however, that "fun adventure" was surely the sign of more serious transgressions. The 'fiacre' incident sparked rumors that the queen was visiting the private homes of men in secret, and that she frequently disguised herself to take private rides in fiacres with her lovers. As Madame Campan succinctly summarized: "a single instance of levity gives room for the suspicion of others."

Despite the eventually harmful effects of a passion for masquerades on Marie Antoinette, it was not unusual for men and women--including the aristocracy--to don masks for such occasions. Masquerade balls were not the sole territory of Paris or other cities, either: masquerade balls were also held at Versailles and other stately European palaces, where the lucky invitees could rub shoulders (or at least, claim to their friends the next day that they rubbed shoulders) with royalty.

There are some gorgeous portraits of queens, empresses, and even Mesdames holding masks which can be found in various museum and private collections around the world. I've gathered a few of the more interesting portraits to share! 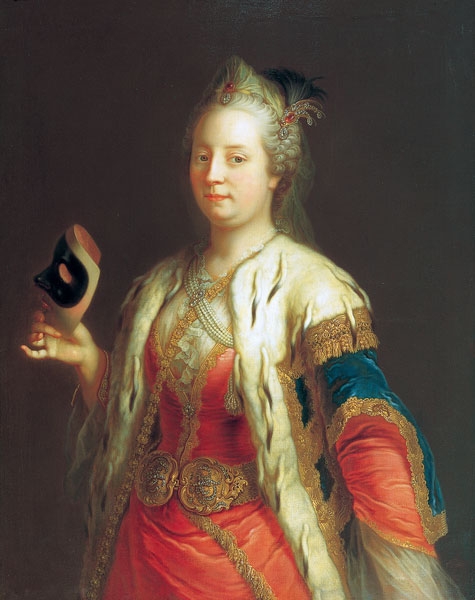 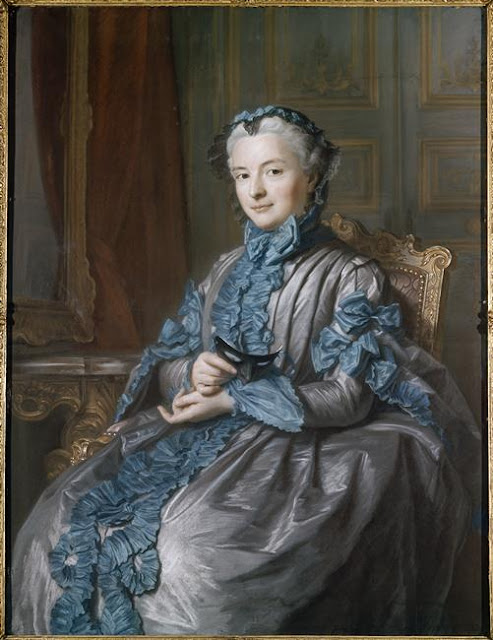 A portrait of a woman in costume for a ball by Maurice Quentin de La Tour, 1742. [credit: (C) RMN-Grand Palais / Agence Bulloz] 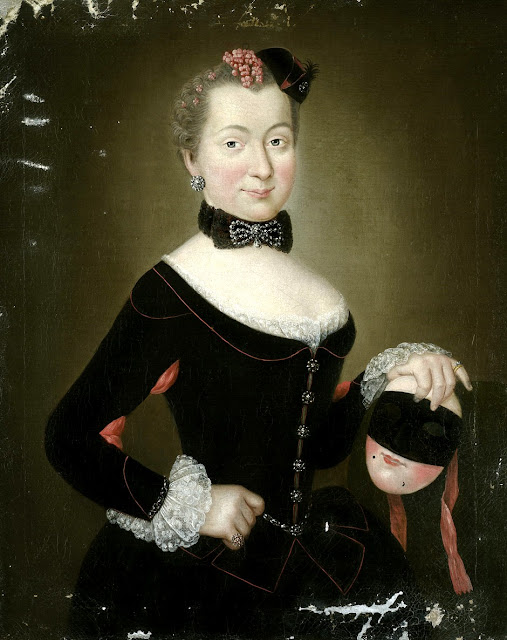 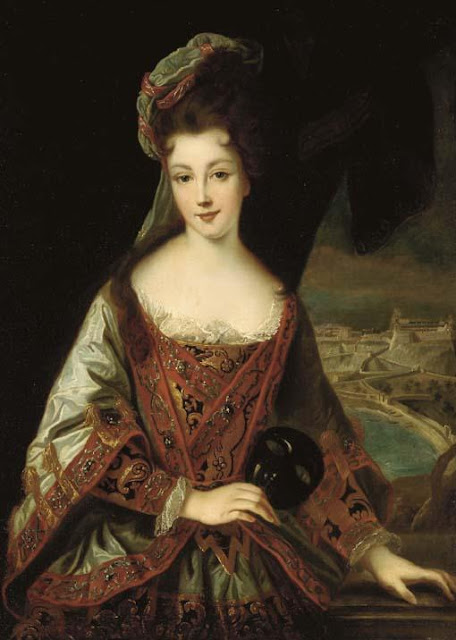 A portrait of Louise Grimaldi from the studio of Jean-Baptiste Santerre. 1712. 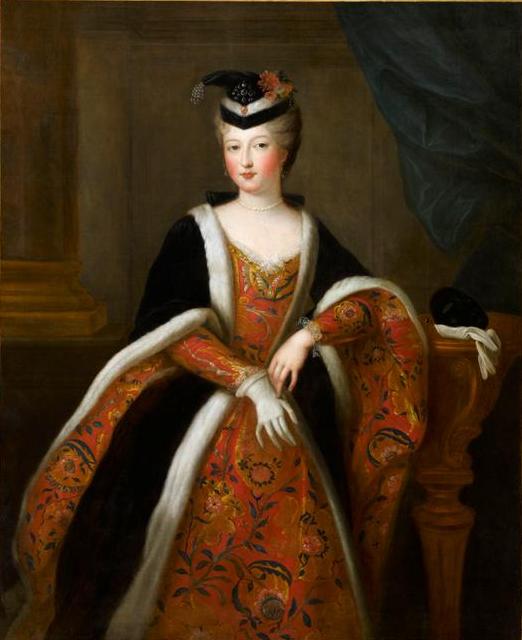 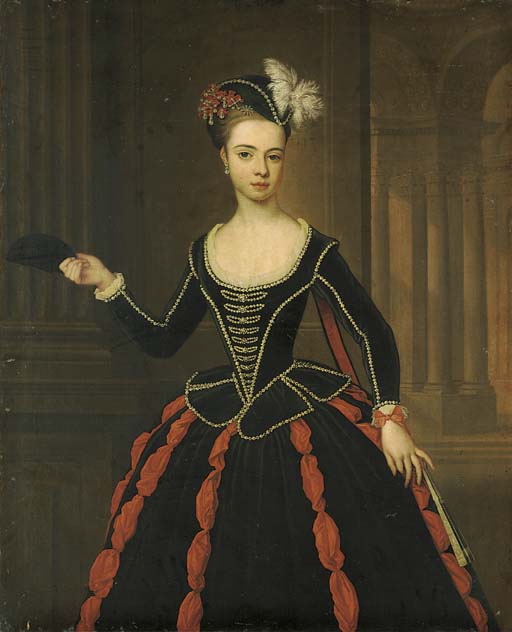 Portrait of Mrs. William Townshend by Thomas Gibson. Circa 1730s. 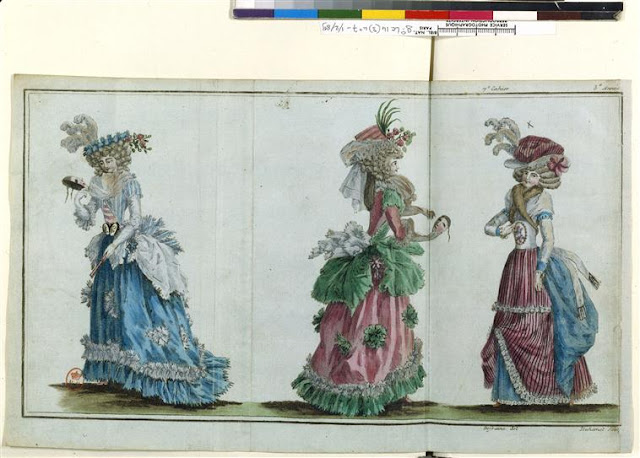 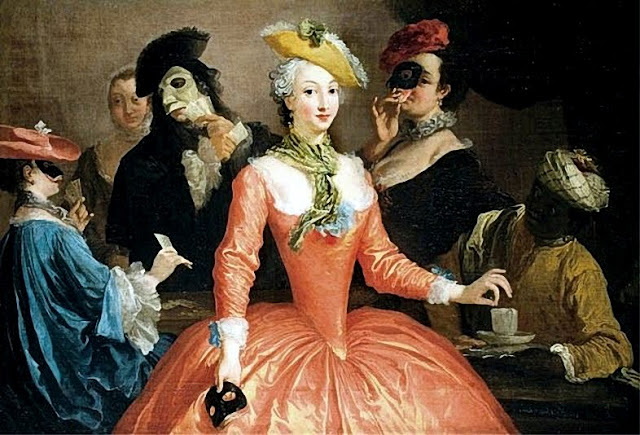 A portrait of people in masquerade costume by Lorenzo Tiepolo. 18th century. 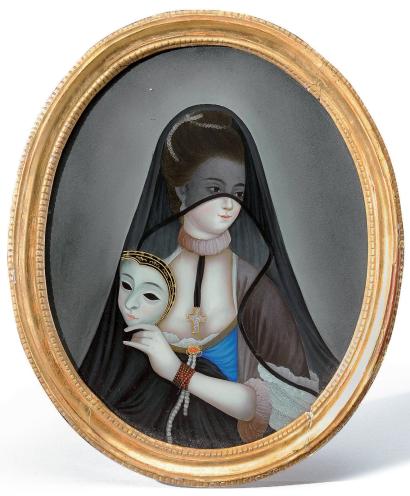 A woman in masquerade costume by a French artist, 18th century. 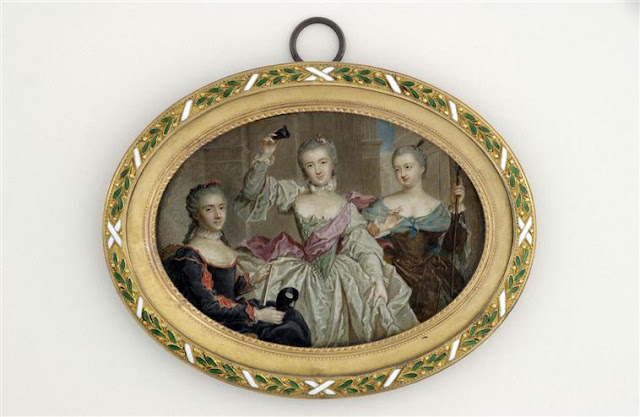 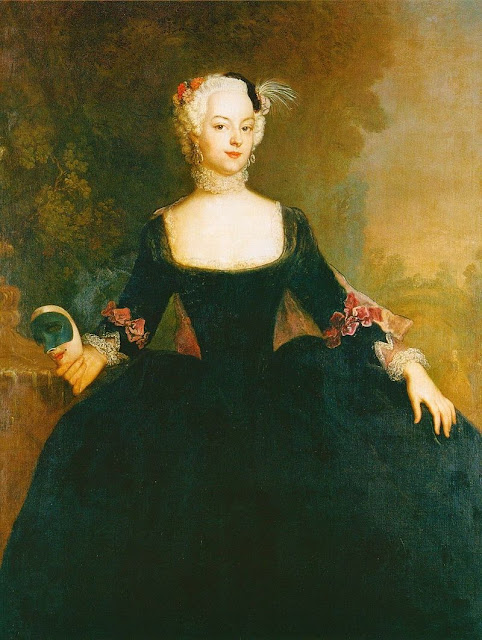 A portrait of a court woman in a masquerade dress by Antoine Pesne, circa 1745. 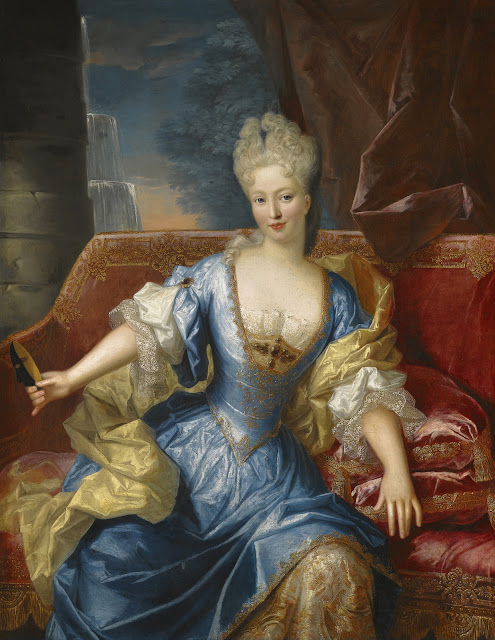 A portrait of a woman holding a mask by Henri Millot, 18th century.