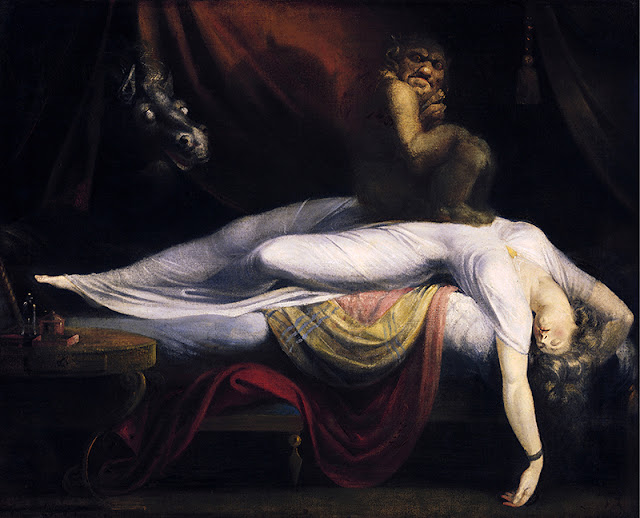 I have been lucky enough to see Fuseli's first rendition of The Nightmare in person several times. It is owned by the Detroit Institute of Arts and, with exceptions of occasions when the piece is lent to another museum, is part of their regular display. Despite the ordinary surroundings in the museum, it's still an creepy sight! Your eye can't help but be drawn to the prone figure of the woman, whose white dress jumps out from the darker colors in the work.

The painting has actually been featured in a few of the DIA's "Halloween" events in the past--such as the incredibly fun "Museum Mystery" tour, which was held during the later hours, with the regular museum lights dimmed and scattered lanterns surrounding the 'mystery' paintings giving the entire evening an eerie atmosphere. 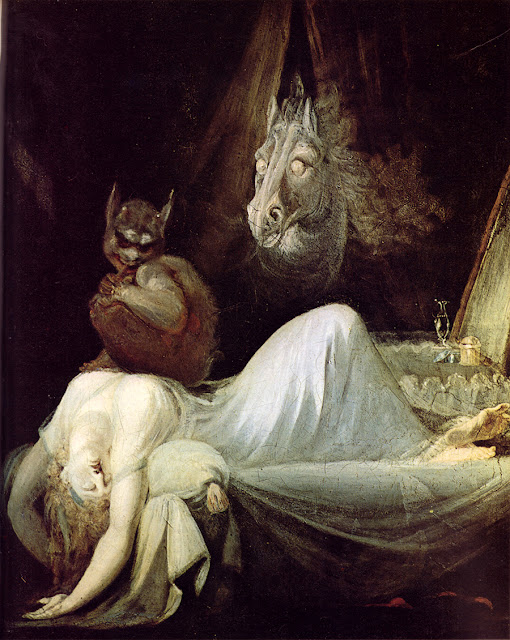 The Nightmare was so popular that Fuseli painted at least two versions of it. This version, finished circa 1790-1791, features a different pose for the sleeping woman and altered ghastly faces for her night-time tormenters.

Engravings based on the painting were also popular in the 18th and even the 19th centuries. 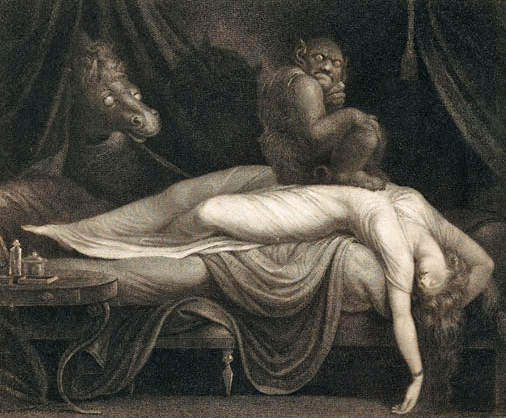 Engraving of The Nightmare by Henry Fuseli by Thomas Burke, 1783. 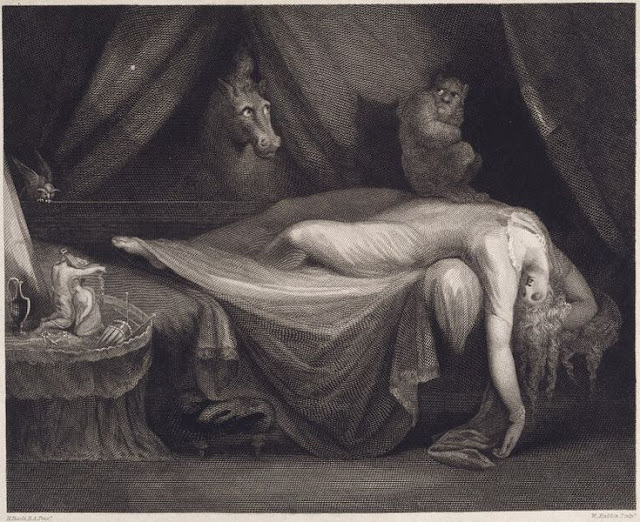