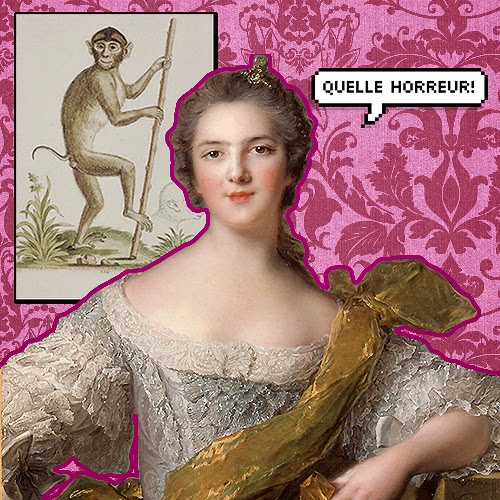 That Victoire de France, the fifth daughter of Louis XV and his wife Maria Leszczyńska, was afraid of monkeys? 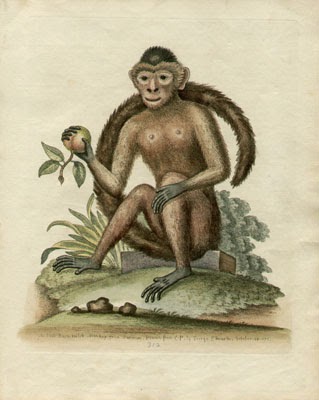 Exotic animals were often kept as pet by the elite in 18th century France and monkeys were a common choice due to their relatively smaller size--it's much easier to travel with your monkey than a pet elephant!--and their lively behavior. Monkeys could be taken on strolls or dressed in human costumes to the delight of the court of Versailles and salons of Paris alike. Exotic animals were not only a source of entertainment, but one of pride; having the means to purchase strange and foreign animals was certainly one way of showing off your wealth.

In 1787, Victoire's niece, Madame Élisabeth, was given a monkey by her dear friend, the marquise de Bombelles. Élisabeth was forced to give up the pet due to her aunt's dreaded fear of them; in June of 1787, the princess wrote to the marquise regarding the situation:

I am in despair at the sacrifice you make me of your monkey, and all the more because I cannot keep it; my Aunt Victoire has a dread of those animals and would be angry if I had one. So, my heart, in spite of all its graces and of the hand that gives it to me, I must relinquish it. If you like, I will send it back to you; if not, I will give it to M. de Guéménée. I am in despair, I feel it is very churlish, that it will vex you very much, and so I am all the more sorry. What consoles me is that you would have had to get rid of it soon on account of your children, because it might become dangerous.

The monkey's fate is unknown.