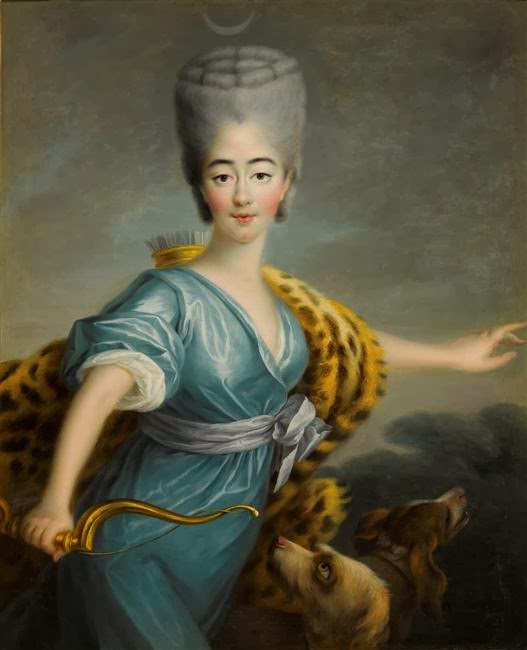 Diana, goddess of the moon and the hunt, was an especially popular choice for noble women. The portraits of these aristocratic "Dianas" usually depicted them at rest or in a traditional portrait style with the varied trappings (bow and arrow, a crescent moon headdress, hunting dogs, and so on) of their chosen goddess. Some women, such as the comtesse de Provence, even had themselves painted as Diana more than once!

Why was she such as popular choice? There is no definitive answer. It may be that Diana just happened to be the goddess-du-jour in court circles at the time. Perhaps her association with the hunt, a popular court activity, is what made her so appealing. .Or maybe her costume, often included a whimsical crescent moon headdress, was just too fanciful to pass on. Whatever the reason, she was popular and subsequently there is an abundance of portraits of noble women as Diana still in existence today. Here are a few that have really caught my eye! 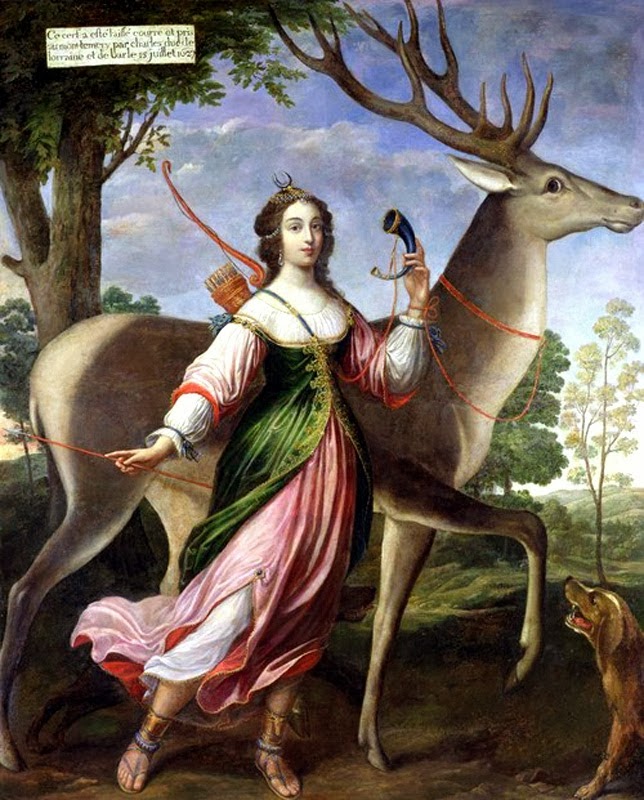 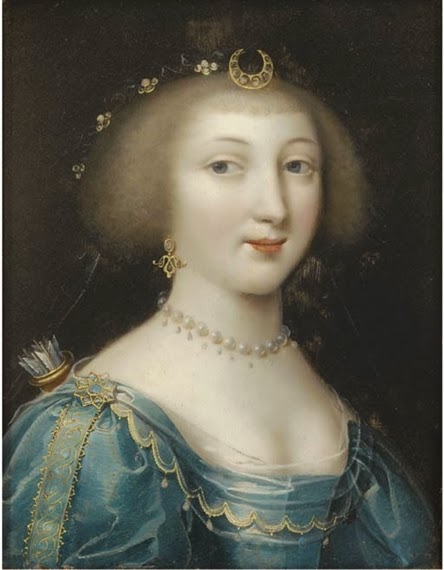 Portrait of a Lady as Diana by a French school artist. (Possibly Henri Beaubrun or Claude Deruet.) Circa 1635.
credit: Reinette 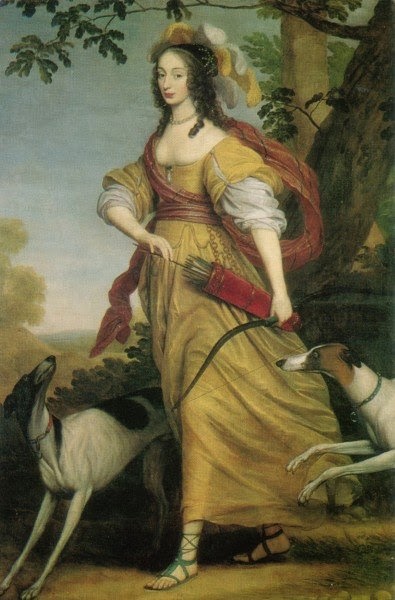 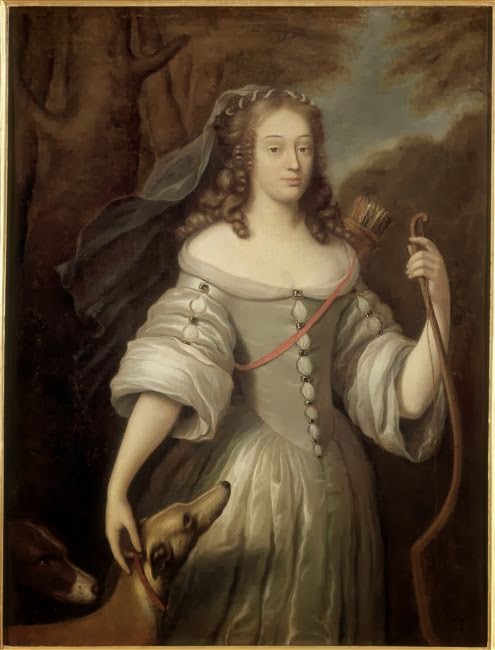 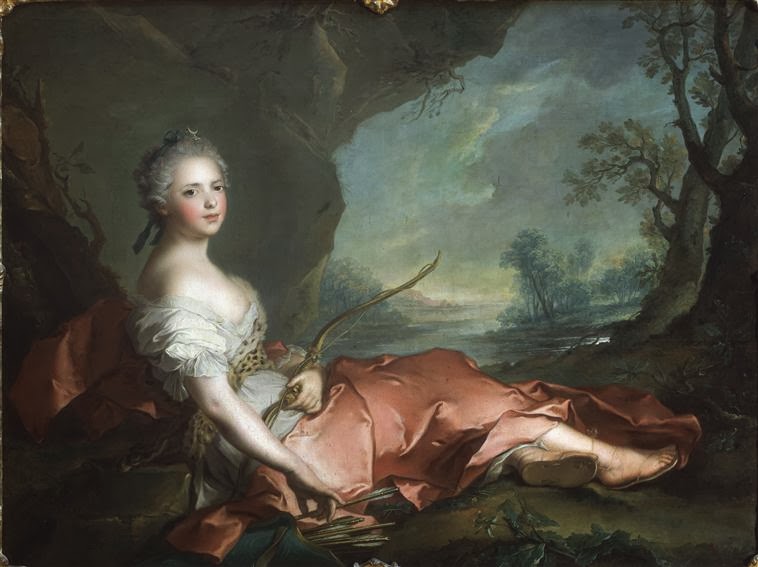 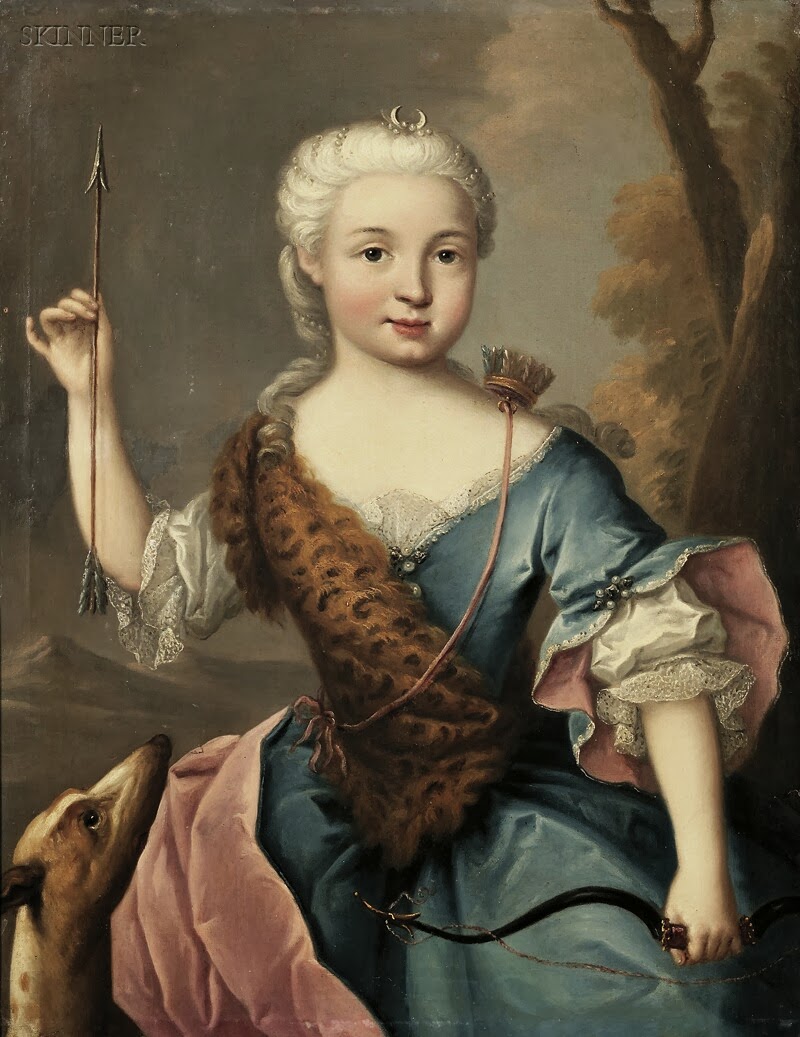 Portrait of a Gentlewoman as Diana, Goddess of the Hunt by an unknown French school artist. 18th century.
credit: Skinner Auctioneers 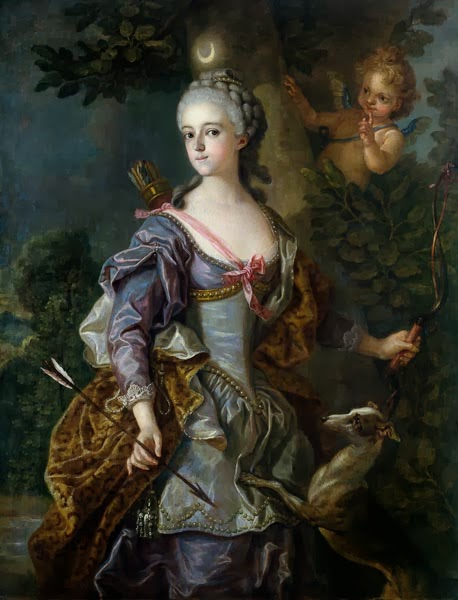 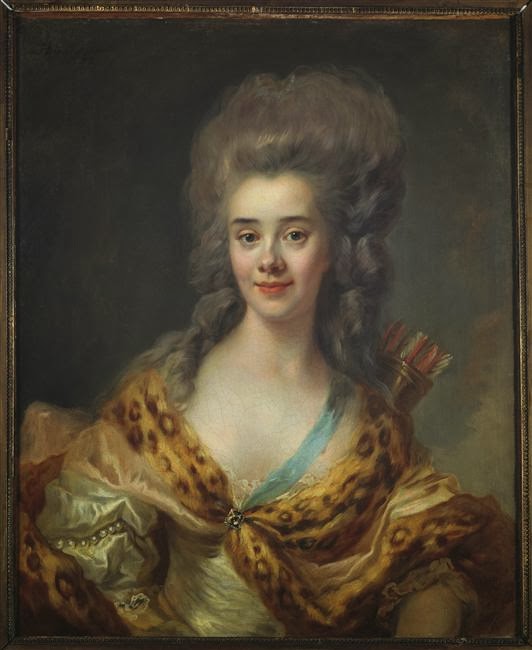 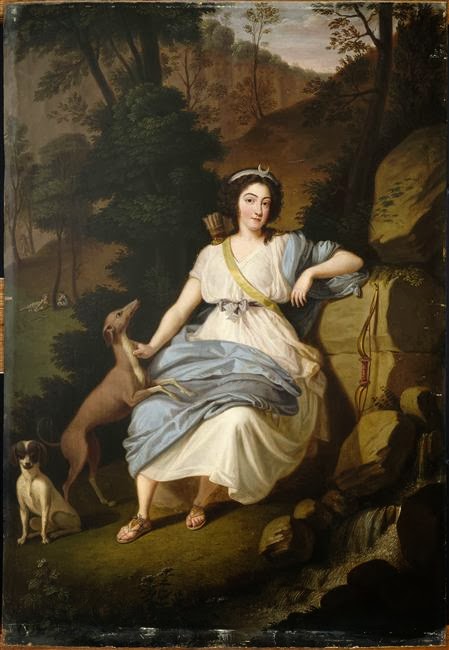