A portrait of Maria Teresa of Spain, Dauphine of France 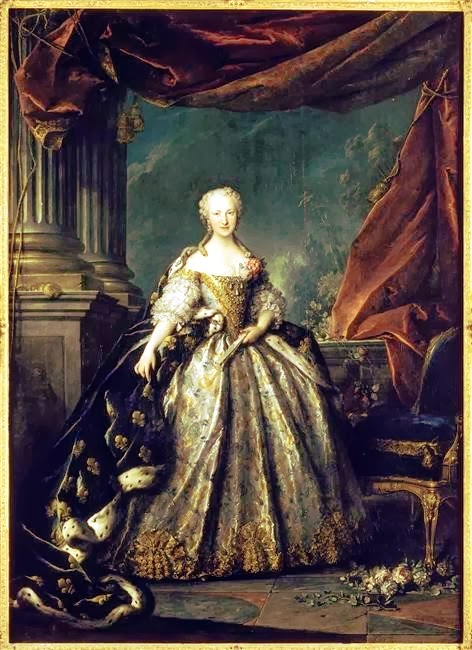 Maria Teresa was the first wife of Louis, Dauphin of France, who would father the future Louis XVI with his second wife, Maria Josepha of Saxony. Maria Teresa was the Dauphine of France from her marriage by proxy in December of 1744 until her death in July of 1746. She died after complications from giving birth to her first and only child, Marie Thérèse, who would die only 2 years later in 1748.
Posted by Anna Gibson at 10:51:00 PM