Elizabeth Peyton (b. 1965) is an American artist best known for her stylized, intimate paintings of pop culture icons, celebrities and other famous figures. Some of my favorite of Peyton's works are those which feature, to no surprise, Marie Antoinette. Most of Peyton's 'Marie Antoinette' works were made in the 1990s, although she revisited the subject in 2006-2007 during the release of the Sofia Coppola film.

I have been able to find decent quality pictures of several of Peyton's 'Marie Antoinette' pieces and am delighted to share them! I absolutely love the soft and fantasy-like aesthetic of her work. 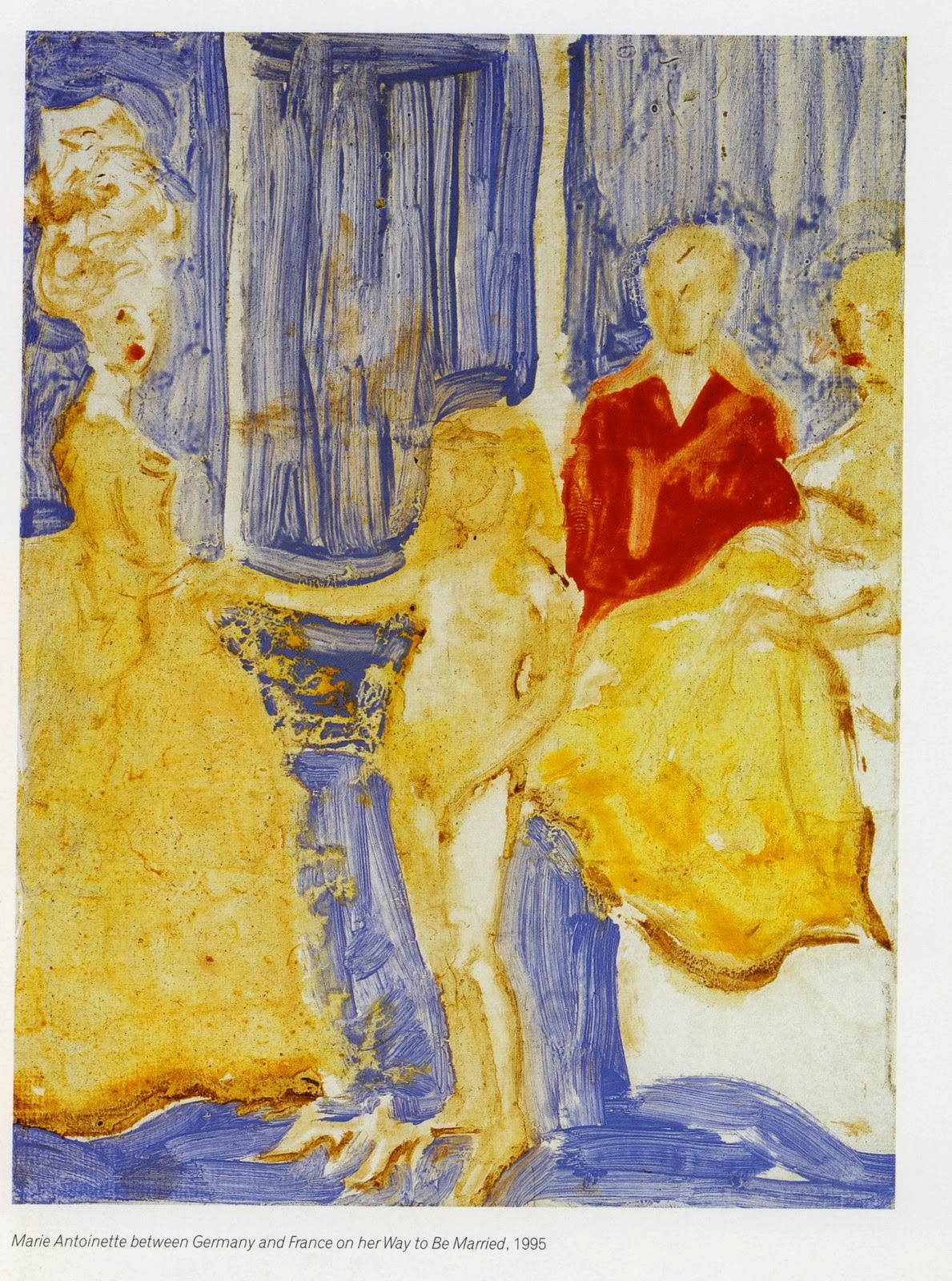 Marie Antoinette between Germany and France on her Way to be Married. 1995.
credit: Fashion Is My Muse 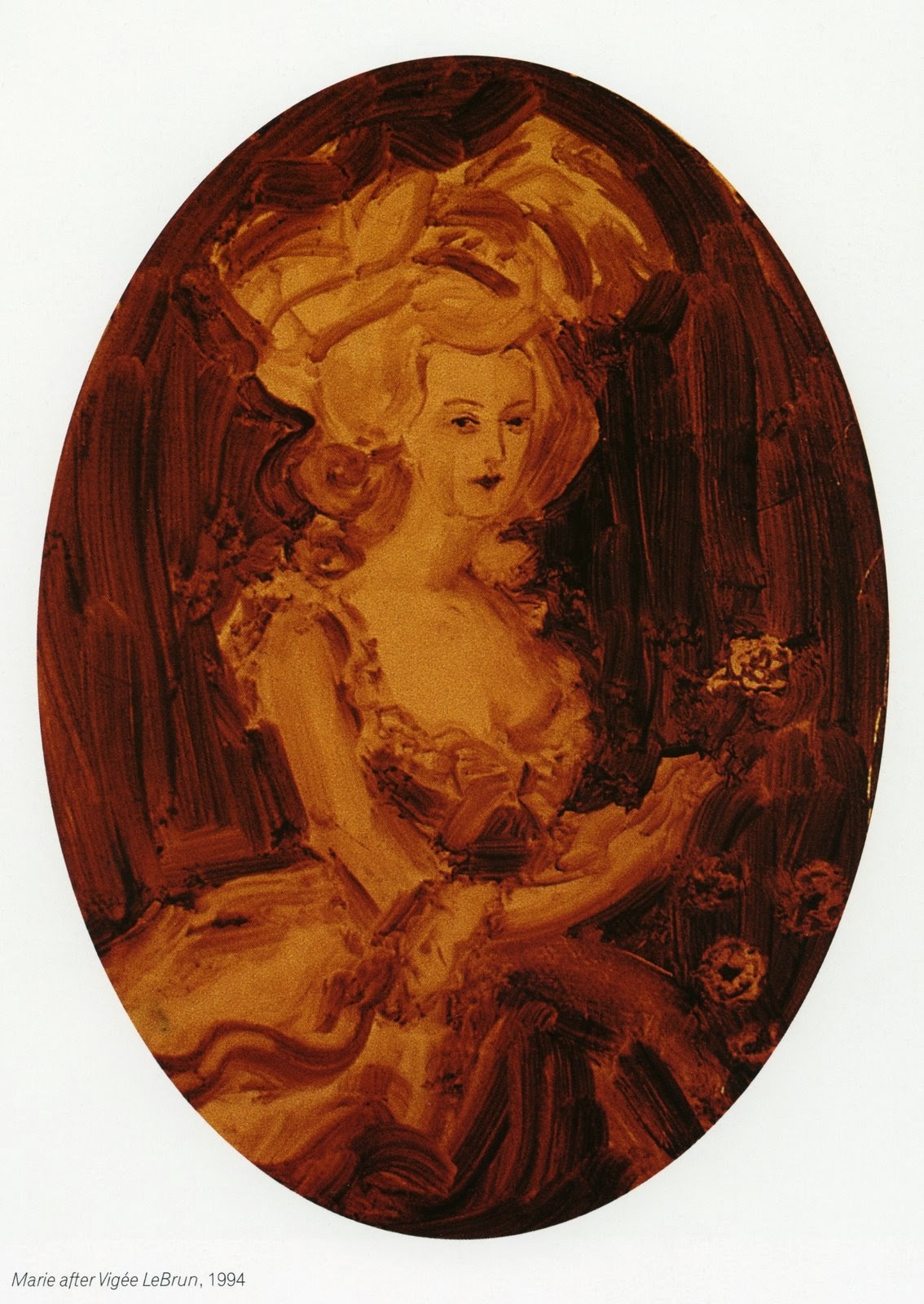 Marie after Vigee LeBrun. 1994.
credit: Fashion Is My Muse 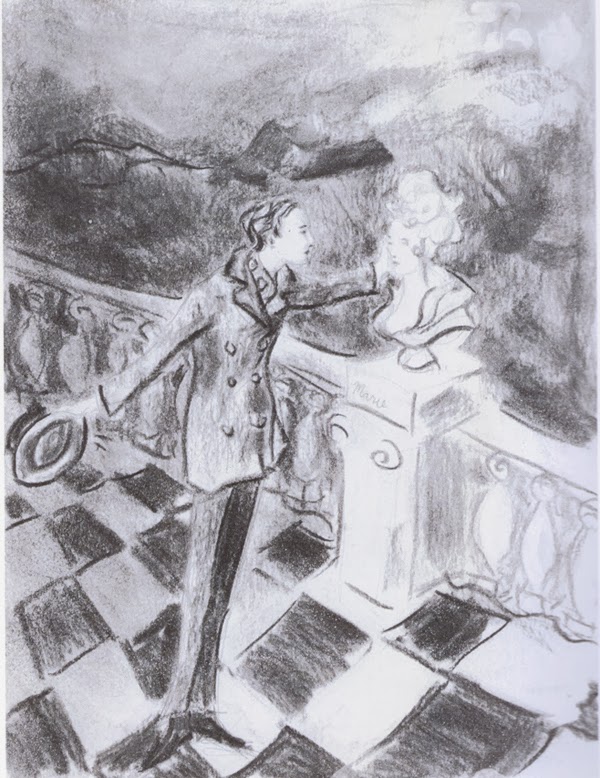 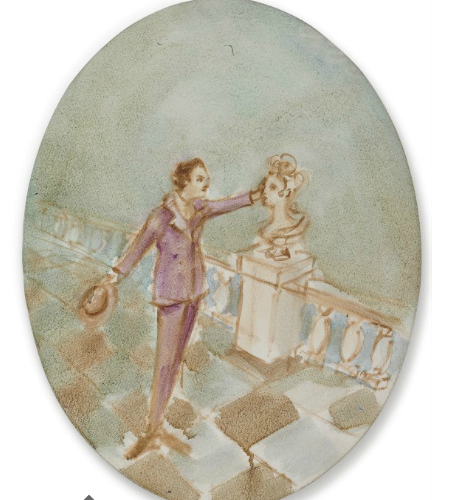 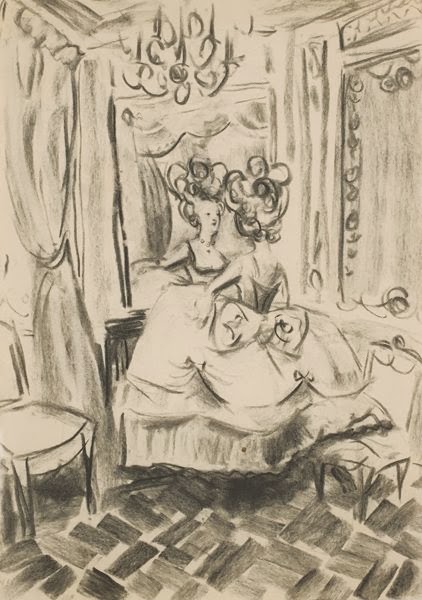 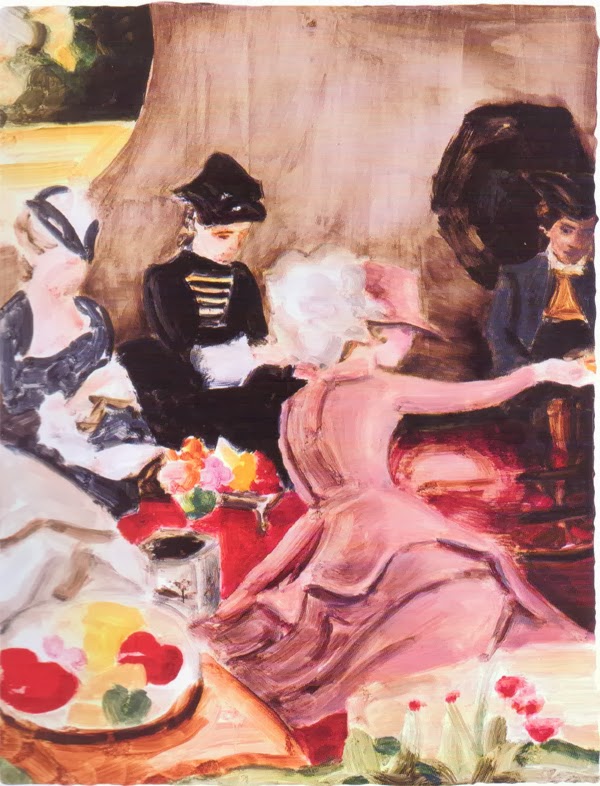 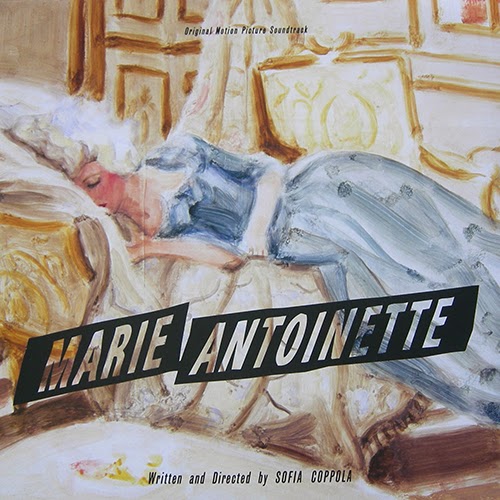 A final fun fact: according to Gallerist, actress Kirsten Dunst purchased this 'Marie Antoinette' from Peyton: 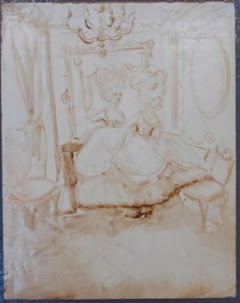