Even More Costumes from the Devonshire Costume Ball of 1897

Last month, I made a post about the elaborate "Marie Antoinette" costume worn by Frances Evelyn, countess of Warwick, to the extravagant Devonshire costume ball of 1897. But Frances--popularly known as Daisy--was not the only fashionable attendee to chose a figure from the world of Marie Antoinette. Here are a few of the more sumptuous, rich and glittering costumes that brought a little 18th century into the Devonshire ball. 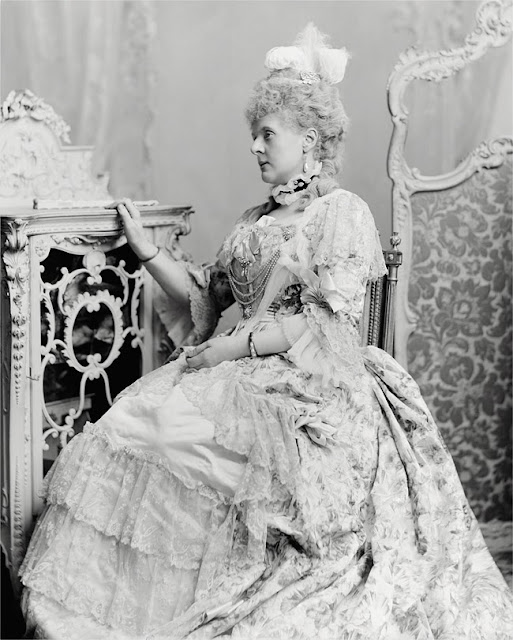 Emily Theresa, Baroness Ampthill, was the Lady of the Bedchamber to Queen Victoria from 1885 to 1901. She chose to don the guise of the Princesse de Lamballe, the murdered friend and confidante of Marie Antoinette. Perhaps her choice was inspired by her own loyalty to her sovereign, Queen Victoria? Her costume was created by Alias of London, and was described in The Echo's report of the elaborte event as a "...brocade of blue and gold, underdress of blue satin trimmed with real Louis XV lace. Coiffure poudre, with feathers and diamonds." 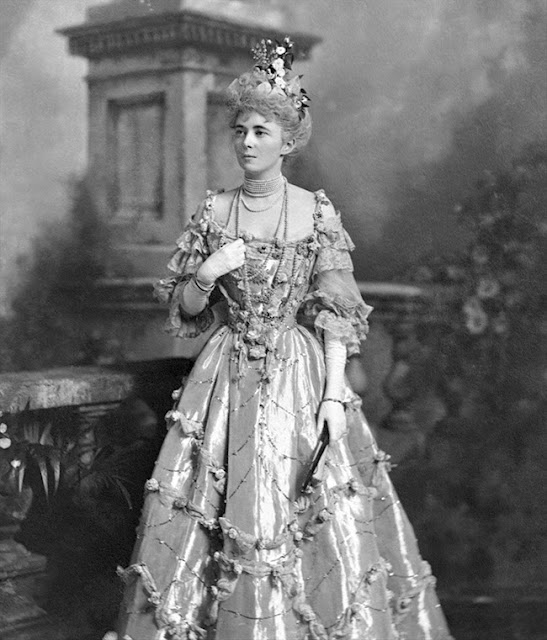 Evelyn Elizabeth Forbes, later Mrs. William Dodge James, as Elisabeth Christine of Austria. Elisabeth Christine, who married Archduke Karl of Austria in 1708, was the mother of the future Maria Theresa. Evelyn's gown was described in The Court Journal as a "...costume of stiff silver tissue, through which glimmered an underdress of antique cerise taffeta. The reproduction was quite a chef-d'oeuvre; the long pointed corsage being enhanced by priceless point lace entwined with roses in palest pink; those flowers, in various sizes, were scattered over the entire toilette and gave to it a charming pre-Raphaelite effect." 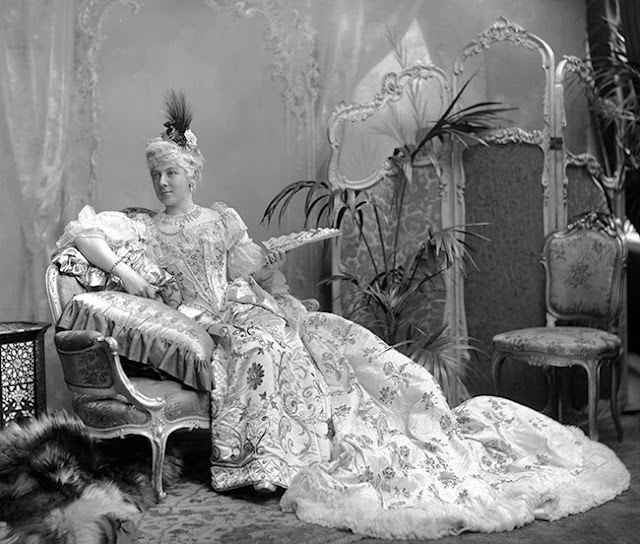 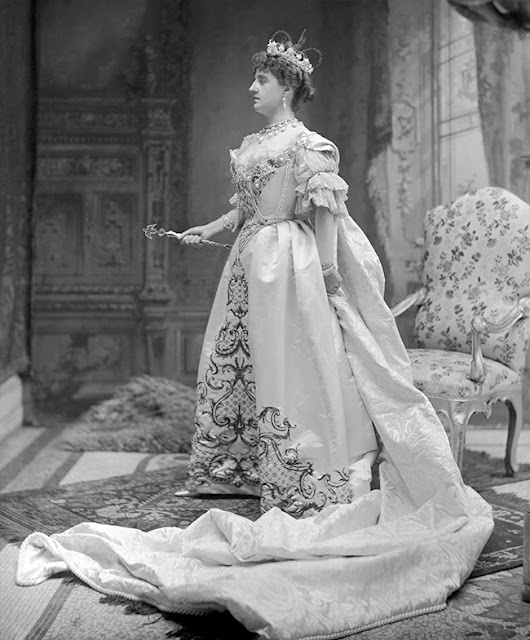 Theresa Susey Helen, Marchioness of Londonderry, chose the incomparable Maria Theresa of Austria for the ball. Her costume, described in The Queen, was a glittering marvel: "...gown of richest cream satin, copied from a picture in South Kensington Museum, beautifully embroidered in shades of gold and pearls. Stomacher of magnificent diamonds, with ropes of pearls festooned on each side. Train of rich cream acanthus leaf brocade, fastened on the left shoulder with a huge diamond buckle, and at the waist with another, and edged with thick silver cord. Necklace of pear shaped pearls, with another diamond necklace above, and a diamond crown." Theresa also wore the famous Londonderry Tiara, which used real diamonds, pearls and other jewels.
The Devonshire costume ball of 1897 was a veritable "who's who" of London society in the 19th century. Ladies and gentlemen alike wanted to make a fashionable splash that would surely guarantee them a spot--and a long paragraph--in the weekly society papers. Diamonds, pearls, rich fabrics and gowns that cost a fortune were the rule--not the exception!
If you were transported into the elegant heights of 19th century high society, what figure would you choose for the Devonshire costume ball?