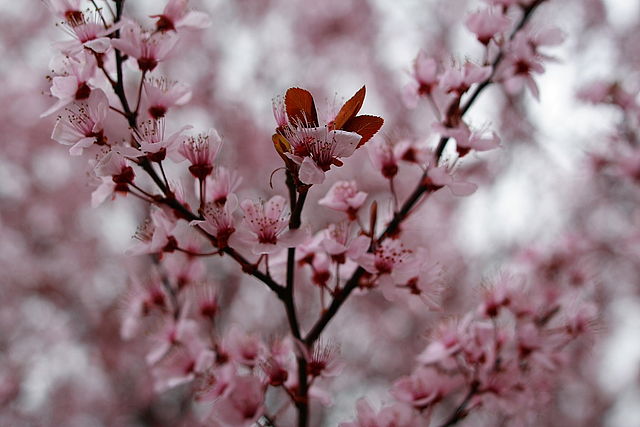 [image: Plum Tree Blooms by ForestWander/CC BY-SA 3.0 US, no changes]

Seo Yeongsuhap (1753-1823) was the daughter of a provincial governor and the wife of a royal official. She had three sons and one daughter; Yeongsuhap, her husband and all of her children were writers and much of their correspondence included or was done entirely in verse.

Yeongsuhap began writing poetry when she and her husband started to exchange correspondence in verse, during a period when he was posted in a rural province. Before her marriage, Yeongsuhap was already a lover of literature: by the time she was 15, she had already read many works, particularly Confucian classics. Her oldest son, Seokju, would later recall that "even by the bed she would speak of the ancients' proverbs and their beautiful deeds as if she were telling a story, and teach verses from the classics."

A collection of 192 poems written by Yeongsuhap was published after her death; the poems were included in the appendix of her husband's book, which also contained recollections from her sons about their mother.

The following poem, Plum Flowers, recalls a moment when as a young girl, Yeongsuhap saw beautiful plum flowers upon entering the house of a high government official.

You can read more about Yeongsuhap along with several of her poems in The Poetic World of Classic Korean Women Writers, Volume 9.
Posted by Anna Gibson at 4:45:00 PM