Ma Quan (馬荃) was a Qing-era painter who was active during the 18th century. Ma Quan was a female artist who began selling her artwork in order to relieve the financial hardship she and her husband, fellow painter Gong Kehe, experienced. Her work quickly became popular and in-demand.

Her paintings were known for their defined, fine brushstrokes and their depictions of "ordinary" flowers, birds and insects; this was in contrast to the paintings more often seen by women of the imperial court, which depicted rare flowers and gardens exclusive to the imperial estates.  Tai Zuyong, another Qing-era artist, would later say that Ma Quan's work held 'alluring brushwork of serene interest.'

After her husband died, Ma Quan moved back to her home province of Jiangsu and continued selling her artwork in addition to teaching female students. Ma Quan painted usnig the Gouran style of painting, which involved applying colors after first sketching with ink.

The existing works of Ma Quan are spread at various museums and private collections throughout the world. The following are some highlights of her portfolio, which spanned several decades. 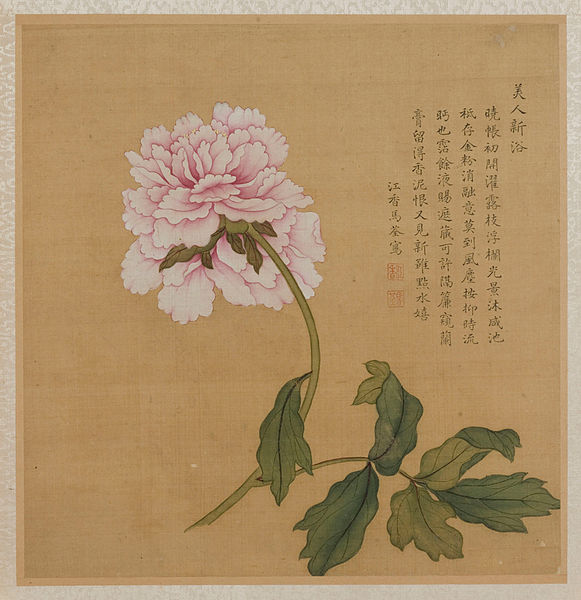 'Colored Flower,' unknown date. This painting is held in the collection of Shenzhen Museum. 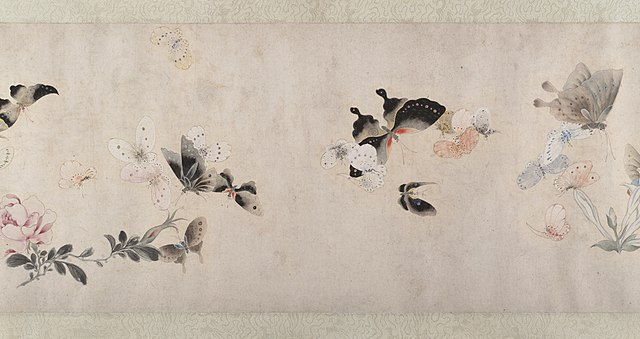 Flowers and Butterflies, unknown date. This piece is held in the collection of the Metropolitan Museum of Art. 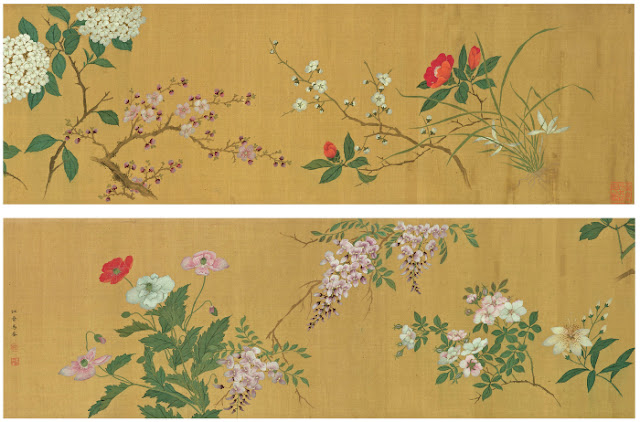 Flowers, unknown date. These pieces, formerly in the private collection of Imai Takudo, were auctioned by Christi'es in November 2012.
Posted by Anna Gibson at 11:55:00 AM