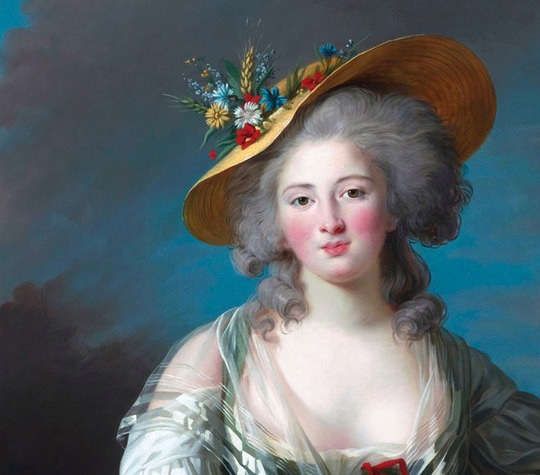 I don’t know why it is, but I am always ready to hope. Do not imitate me; it is better to fear without reason than to hope without it; the moment when the eyes open is less painful.

Élisabeth Philippine Marie Hélène de France, better known as Madame Élisabeth, was executed by guillotine on May 10th, 1794. Élisabeth had chosen to remain with her brother and the rest of the royal family during the revolution and was imprisoned in the Temple Tower alongside them in the fall of 1792. She was brought before Revolutionary Tribunal on May 9th, 1794 and was condemned to death along with 23 other men and women.

Élisabeth was the last of the group to die; according to witnesses, she offered every one of the prisoners encouraging words and recited the De profundis until she mounted the scaffold.

After being strapped to the plank of the guillotine, her fichu came loose, exposing her; her last words were “In the name of your mother, monsieur, cover me.”
Posted by Anna Gibson at 2:19:00 PM