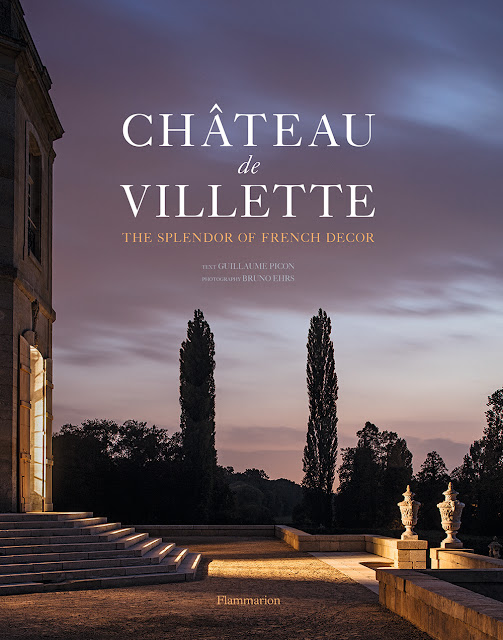 Château de Villette: The Splendor of French Decor is an extensive look at the famous Château de Villette, one of the most beautiful and memorable of the French chateaus built in the 17th and 18th centuries. The book delves into the history of the chateau since its construction in the late 17th century through its multiple modern renovations, its present-day use in popular culture, and designation as an important historical monument. Guillaume Picon's informational text is supplemented by rich, high quality color photographs by Bruno Ehrs, showcasing not just sweeping views of the Château de Villette's gardens and exteriors but intimate details inside its many rooms.

Although previous manor homes and structures existed on the grounds prior to the 17th century, it was not until the later half of the 17th century that the Châteaude Villette as we know it today was born. The original design is attributed to both Francois Mansart and Jules Hardouin-Mansart; it was Jules, chief architect to Louis XIV, who took over the full planning of Villette when Francois died in 1666. And although not all of the original 17th century structural designs made it through the age of Enlightenment--for instance, sometime during the 1700s, the entrance hall was completely transformed into a grand open space through the moving of an original staircase--the Château's 17th-century style still shines through in many respects.

The 18th-century saw the renovation of the Château into new styles preferred during this period, including a near complete renovation of the gardens and the commissioning of painters and sculptural workers to add embellishments to many of the primary Château's rooms. 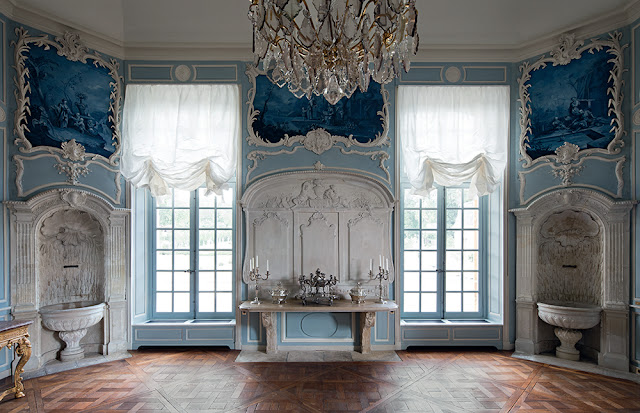 Yet the Château's 18th-century style is best represented not solely through the new paintings or renovated garden, but through the presence of a remarkable woman: Sophie de Grouchy. Sophie, whose father inherited the state in 1752, was an intelligent young woman whose philosophical mark on the Château de Villette is still felt today. Sophie embodied the personality and traits that earn her the evocative title 'daughter of the Enlightenment.' Educated beyond what was typical of the time, Sophie was gifted in languages, music, art, and even science. As she grew into her teens, she became an avid reader of French philosophy, and after her marriage in 1786, the residence she and her husband (the famous Nicolas de Condorcet) shared in Paris became one of the most well-known salons of the period. Her husband died while on the run during the revolution and Sophie returned to Villette following Thermidor; it was at Villette that she continued to produce written works, including the publication of one of her late husband's last pieces. Although she Salon she revived in these years did not take place at Villette, the sentiments she harbored there in her earlier years can be felt in the open, egalitarian Enlightenment style seen throughout Villette's estate.

Villette was auctioned off in 1818 and over the next decade, the new owner commissioned several extensive renovations. The most notable renovation was to the gardens, which were re-imagined by famous landscape architect Jacques Lalos. Lalos wrote of his transformation of Villette's gardens: "For this new project, I created along the length of the park, set across three ponds that I abolished, a lake of majestic appearance, offering a degree of grandeur. As its waters arrive in front of the chateau they flow over rocks and rush down into a low rive, which runs onward to flow into the millstream, and thence into the Seine."

Over the next few decades, Villette changed owners with relative frequency. In the first decades of the 20th century, Villette passed hands seemingly every few years, until the current owner, one Mme Pernod, sold it to her son Robert Gérard in 1941. Gérard had already worked tirelessly in 1939 to have Vilette and its outbuildings registered with Monuments Historiques, which was finalized in 1942 during the occupation of France. The German military had some presence at Villette during this time, which resulted in the chateau being damaged by bombs in August of 1944. The inspector-general of Monuments Historiques applied for emergency credit to fix the damage, noting in particular, "The chapel is almost completedly destroyed ... the orangery facades are badly damaged ... shells have blown holes in the estate wall." 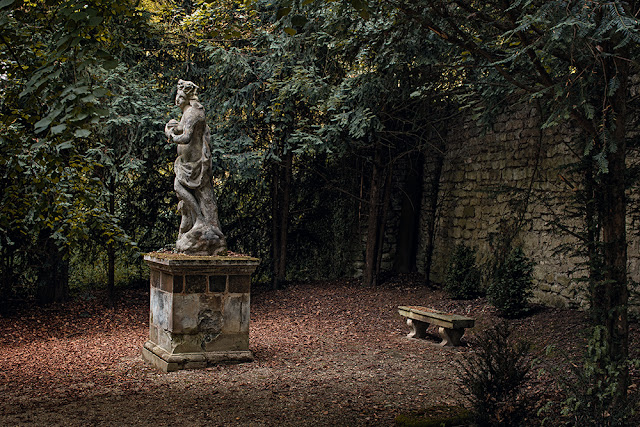 Over the next few decades, Gérard and the team behind Monuments Historiques worked not only to repair the damage done during WWII but to "restore the gardens to their classical layout, the main outlines of which have been revealed thanks to large-scale earth-moving works." Robert Gérard's crowning achivement during his long tenancy of Villette--which lasted until his death in 1998--was the restoration of the gardens, which included the purchase of 18th-century statuary that would have been right at home in Enlightenment-era Villette.

After Gérard's death, the estate was purchased by a businesswoman who eventually began renting the grounds out to filmmakers. Films and TV series such as The Da Vinci Code, Nicholas Le Floch and La Mante were filmed throughout the grounds. 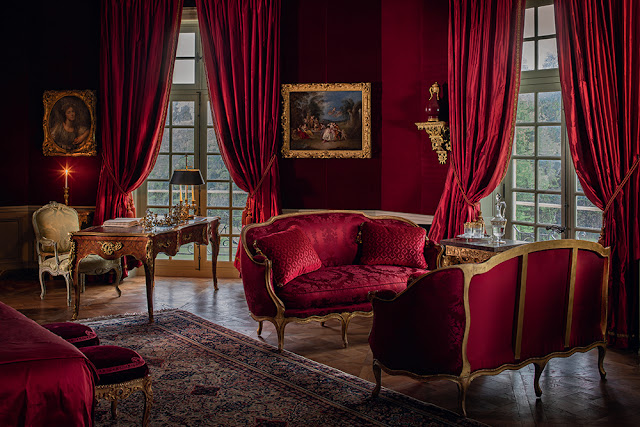 Finally we come to the most modern era for the Château de Villette. In 2011, the estate was sold again, this time to owners who made the monumental decision to completely restore the estate to its former 18th-century glory. The owners enlisted the help of the chief architect to Monuments Historiques, who was also responsible for work and restorations done on Versailles and the Petit Trianon; as well as Jacques Garcia, an interior designer whose work is famous for its heavy attention to detail, and who was also responsible for some of the restoration work at Versailles. The end result of their tireless work is a Château that is fully restored to its romantic heyday. As Picon writes in his foreword, "... the  Château de Villette is now revealed once again in its true splendor, a serene reflection of that moment of perfection that was France during the Enlightenment."

Château de Villette: The Splendor of French Decor is divided into two sections, the first being an exploration of the estate's history since its earliest days through the modern restoration; and the second being an extensive look at the interior design in the Château as it appears today.The engaging, informational text by Guillaume Picon is supplemented by gorgeous photos by Bruno Ehrs, which include surprising delights, particularly in the second half of the book with details that give the Château much life (My favorite of these delights? A beautiful black fluffy cat. Look for the cat!) The book itself is the same high quality that one can expect from Flammarion's coffee table sized books, which is to say, it's a durable book with exceptional binding and paper quality that I definitely appreciate.

[A review copy of this book was provided to me by the publisher]
Posted by Anna Gibson at 1:57:00 PM