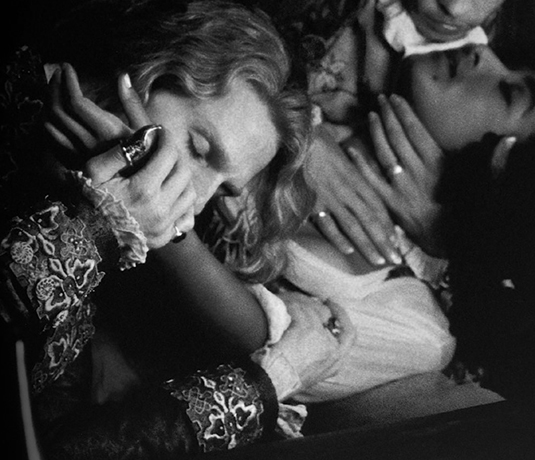 [image: a promotional still for the 1994 film Interview with the Vampire]

Although popular culture associates vampire hunts with older time periods, the belief and fear in vampires existed well into the 18th century in some corners of the globe. There were several documented instances of mass "vampire panics" during this period, including an almost ten year vampire craze centered in countries throughout the Hapsburg empire. Corpses suspected of being vampires were dug up, examined, beheaded and even burned, all due to the suspicion that they were reanimated corpses who returned to torment the living.

Antoine Augustin Calmet (1672-1757) was a French monk who published, among his many philosophical and ecclesiastical writings, what is now an intriguingly peculiar work: Dissertations sur les apparitions des anges, des démons et des esprits, et sur les revenants et vampires de Hongrie, de Bohême, de Moravie et de Silésie (translated: Dissertations on the Apparitions of Angels, of Demons and of Spirits, and on Revenants or Vampires of Hungary, of Bohemia, of Moravia and of Silesia).

Calmet's work is notable because it was an extensive study dedicated primarily to these Hungarian and other Eastern European vampires. Calmet's intention was to explore the possibility of the vampires through base scientific, philosophical, and religious points of view.

"I undertake to treat here on the matter of the revenans or vampires of Hungary, Moravia, Silesia, and Poland, at the risk of being criticised however I may discuss it; those who believe them to be true, will accuse me of rashness and presumption, for having raised a doubt on the subject, or even of having denied their existence and reality; others will blame me for having employed my time in discussing this matter which is considered as frivolous and useless by many sensible people.

Whatever may be thought of it, I shall be pleased with myself for having sounded a question which appeared to me important in a religious point of view. For if the return of vampires is real, it is of import to defend it, and prove it; and if it is illusory, it is of consequence to the interests of religion to undeceive those who believe in its truth, and destroy an error which may produce dangerous effects."

Although Calmet's book covers multiple types of vampires, it was the Hungarian concept which seemed to take the strongest hold over Europe. Calmet described the 'Hungary' vampires as thus:

"The revenants of Hungary, or vampires, which form the principal object of this dissertation, are men who have been dead a considerable time, sometimes more, sometimes less; who leave their tombs, and come and disturb the living, sucking their blood, appearing to them, making a racket at their doors, and in their houses, and lastly, often causing their death. They are named vampires, or oupires, which signifies, they say, in Sclavonic, a leech. The only way to be delivered from their haunting, is to disinter them, cut off their head, impale them, burn them, or pierce their heart."


Although some contemporaries took Calmet's work to mean that he believed in the existence of vampires, the work seems mostly skeptical to me. Calmet repeatedly offers natural explanations for various "vampire" signs, such as people being buried alive resulting in "corpses" that bleed or scream when removed; hair and nail growth being due to built-up 'humors' in the body which cause them to grow for a short time after death;  and undecayed corpses simply being something that happens sometime, due to the manner of death or the manner of burial. He also offers an interesting religious perspective when delving into the idea of reanimated corpses, which he says can only be the work of either God, Satan or otherwise demonic forces.

In 1755, Maria Theresa sent Gerard van Swieten, one of her personal physicians, to investigate the vampire cases. He published a report titled Abhandlung des Daseyns der Gespenster (Discourse on the Existence of Ghosts) which offered scientific and natural explanations behind what people perceived as signs of vampire activity. After his report, Maria Theresa issued a ban on staking corpses, digging them up and beheading or burning them, and other acts which were associated with vampire hunts. Her decrees were soon mimicked by other monarchs, more or less ending the vampire paranoia of the Age of Enlightenment.

The full text of 'Dissertations on the Apparitions of Angels, of Demons and of Spirits, and on Revenants or Vampires' can be read in English at Project Gutenburg.