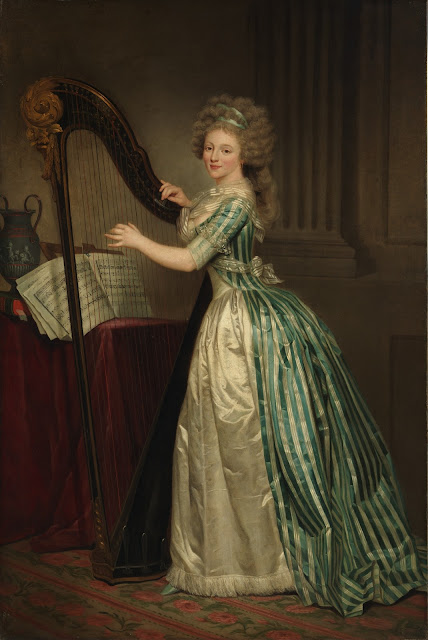 Rose-Adélaïde Ducreux (1761-1802) was the daughter of painter Joseph Ducreaux, best known for his experimental expression portraits and his royal portraits of Marie Antoinette and Louis XVI. Rose-Adélaïde studied painting with her father and became an established painter in her own right in her 20s, making her first exhibition in 1786. She and her father debuted together at the Louvre Salon in 1791; Rose-Adélaïde's submission was the above self-portrait. Over the next 15 years, Rose-Adélaïde exhibited numerous portraits and self-portraits; however, much of her work has become untraceable over the years. Some of her now-known work had been previously attributed to other painters, including Jacques-Louis David, Antoine Vestier, and Elisabeth Vigee-Lebrun. She was active from 1785 until her death from yellow fever or typhoid fever in 1802.
Posted by Anna Gibson at 9:02:00 PM