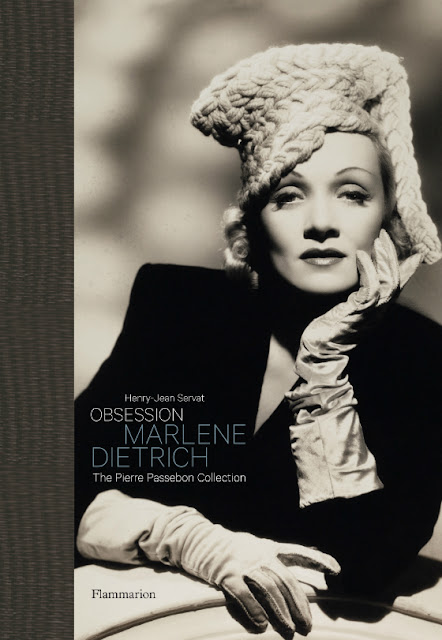 Marlene Dietrich is one of the most beloved figures in all of Hollywood, old or new. She was enigmatic, independent, and completely unforgettable. Her decades-long reign over film and stage  was unique not just in length but form: Dietrich was not afraid to ignore social boundaries and strict Hollywood rules; the resulting public image she curated for herself was that of an independent, confident woman who was the inspiration for filmmakers, writers, photographers, and women around the world.

Obsession: Marlene Dietrich, The Pierre Passebon Collection by Jean-Henry Servat is slim volume with just 88 pages, but it boasts 60 black and white photographs and an extensive interview with Pierre Passebon. In addition to this interview, there are various quotes and passages related to Dietrich's legacy inserted throughout the book.

Passebon the creator of the Galerie du Passage in Paris and an extensive collector of Marlene Dietrich photographs. His personal collection includes 2,000 photographs and is one of the most complete Dietrich collections in the world. It is Passebon's interest--his "obsession," as he calls it--in Dietrich that makes the interview well worth reading for anyone with even a passing interest in Marlene Dietrich. Passebon offers insight into Dietrich's career as well as her control over her personal image, and her distinct willingness to ignore normal Hollywood boundaries. Of particular interest are the passages discussing Dietrich's actions during WWII and her later years. 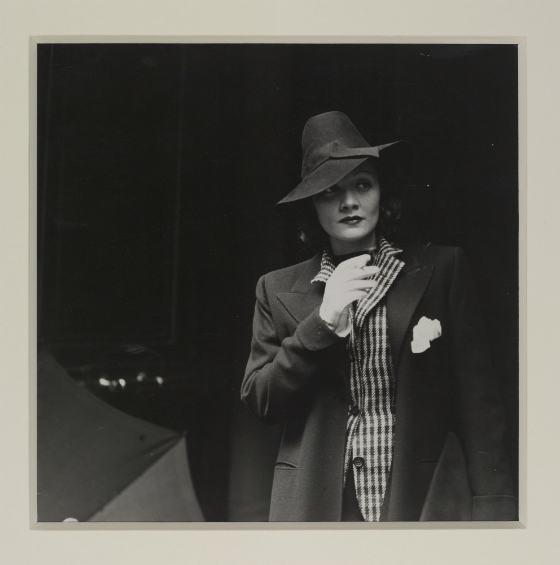 The photographs featured in the book are some of the more intriguing Dietrich photos to come out of her career. The photographers include John Engstead, Irving Penn, Cecil Beaton, George Hurrell, Edward Steichen, among other photographers whom she favored. The photographs include shots of Dietrich in some of her most iconic looks, behind the scenes portraits, as well as many of the engaging studio portraits that helped Dietrich curate her iconic image. They are reproduced with nice, crisp quality. The book is compact (6" x 8.5") and so readers should not expect a huge coffee table style book but something smaller and more intimate. The book is distinctly aimed towards fans of  Marlene Dietrich who want to gain insight from Passebon and his personal collection, rather than being a typical photography book.

I recommend Obsession: Marlene Dietrich, the Pierre Passebon Collection for fans of Marlene Dietrich and anyone with an interest in this enigmatic figure of classical Hollywood.