Book Review: A Day with Claude Monet in Giverny by Adrien Goetz 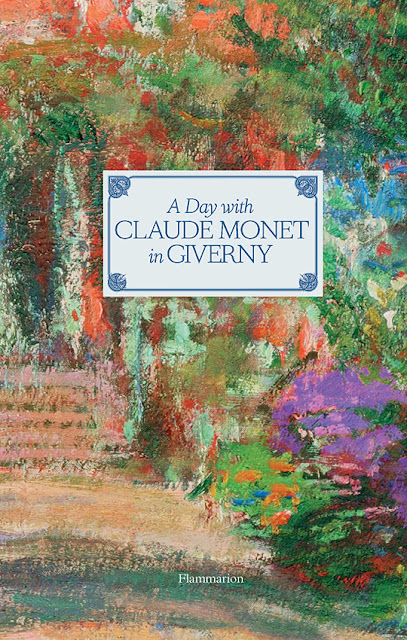 Claude Monet's country garden at Giverny should truly be considered one of the artist's most masterful works. True, it was not crafted with careful strokes of paint onto a canvas, but it was Monet's impressionist eye for color and placement that transformed a simple garden into one of the most beautiful and popular gardens in all of France. A Day with Claude Monet in Giverny by Adrien Goetz, with photographs by Francis Hammond, invites readers to take a journey through Monet's Giverny; to admire the meticulously planned gardens and explore the public and private spaces of his family's home and personal studio.

A Day with Claude Monet in Giverny first explores the long, mostly tranquil history of Giverny, ranging from the many facets of the historic church of Sainte-Radegonde to the Hotel Baudy, where most of the foreign artists who flocked to the town stayed during their pilgrimages. In addition to providing valuable information about why Giverny was so attractive to Monet and countless other artists, it gives readers perfect spots to visit should they, too, make the journey there. As Goetz writes, "The entire history of France seems to have left its mark here." 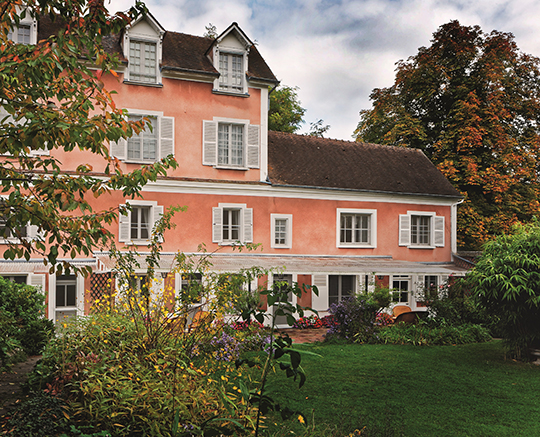 “Today, the Maison Rose belongs to the Terra Foundation, and is used as a residence for artists and researchers.” © Francis Hammond, from A Day with Claude Monet in Giverny, by Adrien Goetz (Flammarion, 2017)

After a bit of history, the book delves right into Monet's development of his estate at Giverny, with a sharp focus on the gardens which became Monet's great pride. Countless hours, to say nothing of the expenses, were spent planning and expanding the plots, which included functioning greenhouses to supply fresh flowers and other greenery year-round. The resulting gardens were an impressionist landscape of color, providing the perfect backdrop for Monet to paint what would be some of his most highly regarded paintings.

Many readers may be familiar with Monet's garden, but less familiar will be Goetz's exploration of Monet's family home. The home was originally an old cider mill, which Monet decided to convert into a proper manor house. As with his garden, Monet's home was carefully cultivated as an extension of his artistry. In the dining room, his prized Japanese prints were carefully hung just-so on the walls of his dining room, which was painted a bright shade of lemon-yellow. His room was filled with precious paintings he inherited or had purchased over the years. Even the rooms of his family are explored, including the room of Blanche Monet, which was recently restored. 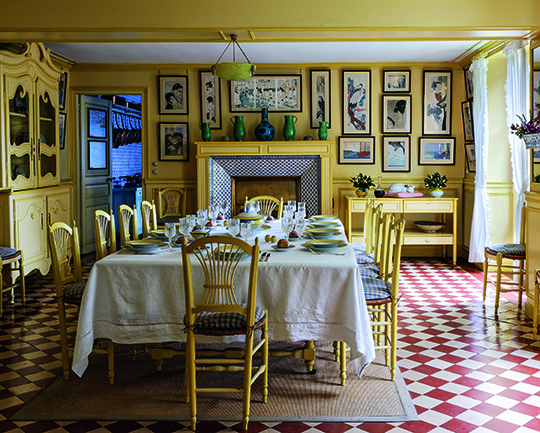 Francis Hammond's photographs are beautiful to look at here, and the decision to often follow the crisp full-color photographs of the garden with corresponding paintings by Monet is well appreciated. It's very easy for readers to see how the gardens, dotted with blooms, were transformed by Monet's artistic vision. Hammond also photographed many areas of Monet's estate, including the carefully decorated interiors. In addition to Hammond's photographs, the book includes many reproductions of Monet paintings, paintings Monet owned and once displayed in his home, as well as historic photographs of Monet and his family while they lived in Giverny.

Monet's presence in Giverny drew flocks of artists to the site, although many did not get so much as a glimpse of the artist, especially in his later years when he became more reclusive. Despite the historic and cultural importance of Monet's garden and home, it fell into disrepair and was in sore need of restoration for many years. It was Gérald van der Kemp who pioneered the restoration of Giverny and brought it back to its former glory, once again making it one of the most popular destinations for artists--and now, tourists from all over France and the world, eager to experience the charm and wonder that enticed Monet to curate his own colorful space in Giverny.

A Day with Claude Monet In Giverny by Adrien Goetz is a beautifully illustrated look at Monet's garden and home in Giverny. I highly recommend it to anyone with an interest in Claude Monet, impressionist painting, French villages, or even French and art history as a whole.

[A review copy of this book was provided to me by the publisher]
Posted by Anna Gibson at 3:34:00 PM