Pugs were a popular dog of choice for both aristocrats, royalty and the wealthy elite in the 18th century. Marie Antoinette had pugs both in Austria and in France, but she was not the only one in the French royal family to enjoy the breed, as even Madame Elisabeth was painted with a pug in her lap. The dogs feature in numerous portraits during this time period, where they are usually portrayed as companion dogs content to be held in laps or sit at the feet of their owners. I've compiled a selection of 18th-century portraits featuring these dogs for your perusal! Please enjoy! 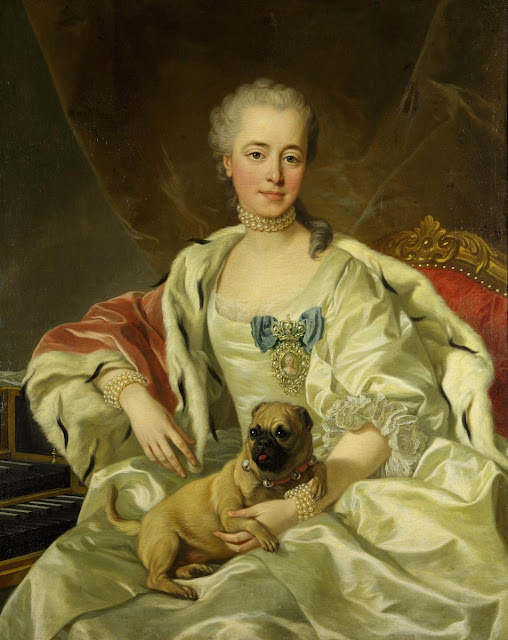 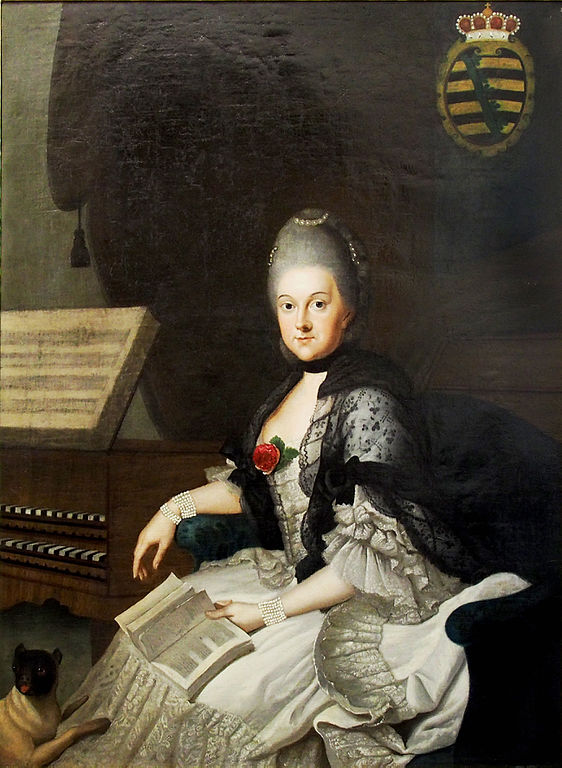 A portrait of Anna Amalia, Duchess of Saxe-Weimar-Eisenach by Johann Ernst Heinsius, circa 1769. Heinsius painted several variations of this portrait, including a later version in 1773 which doesn't include the pug in the corner. 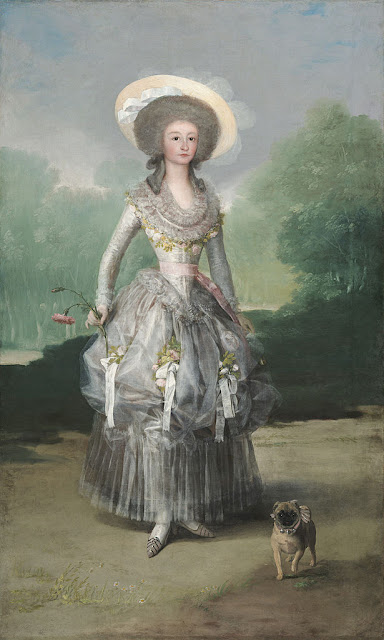 A portrait of the marquess de Pontejos by Francisco de Goya, circa 1786. 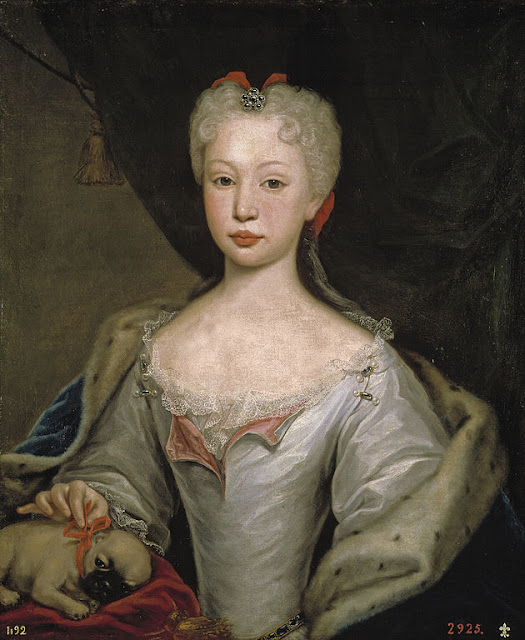 A portrait of Bárbara de Braganza, queen consort of Spain by Domenico Duprà, 1725. 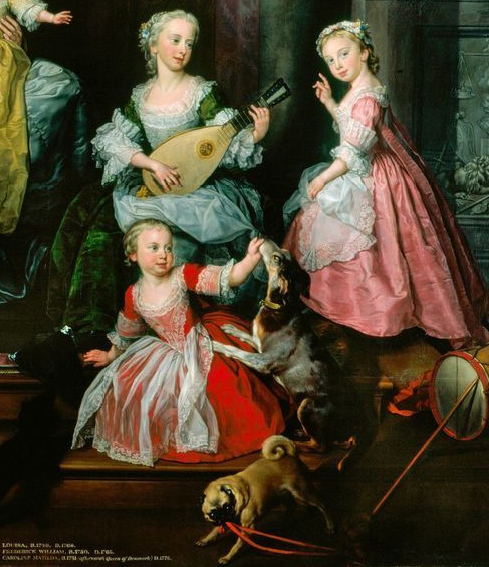 Detail from a portrait of the family of Frederick, Prince of Wales by George Knapton, 1751. Full portrait. 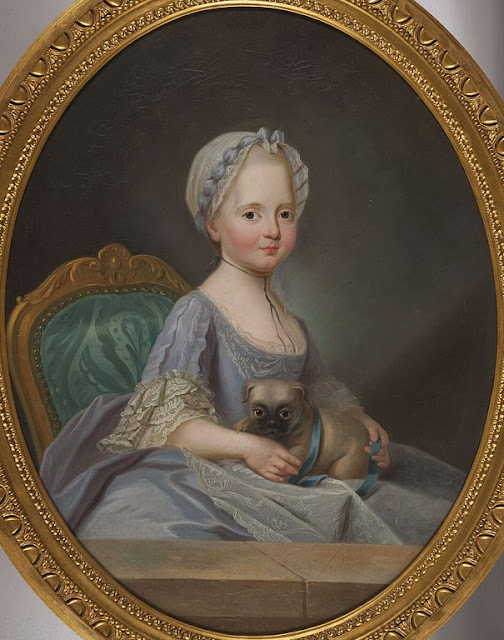 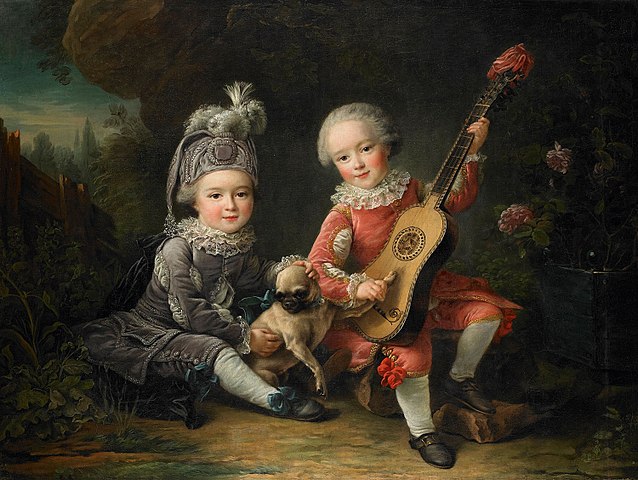 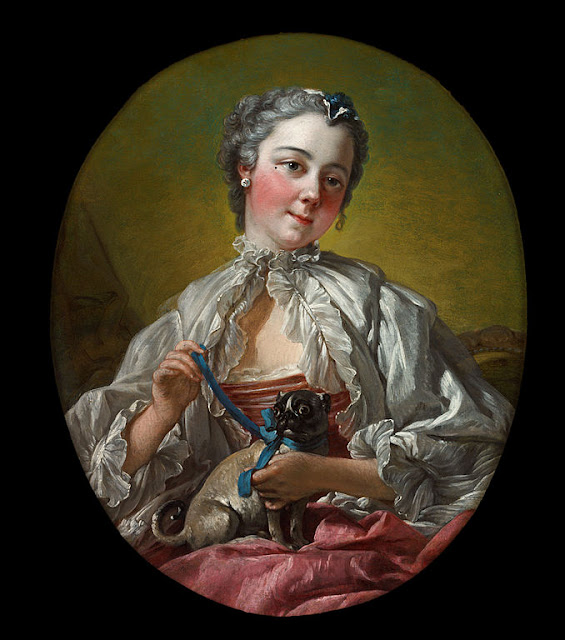 A portrait of a young woman holding a pug by François Boucher, circa 1745. 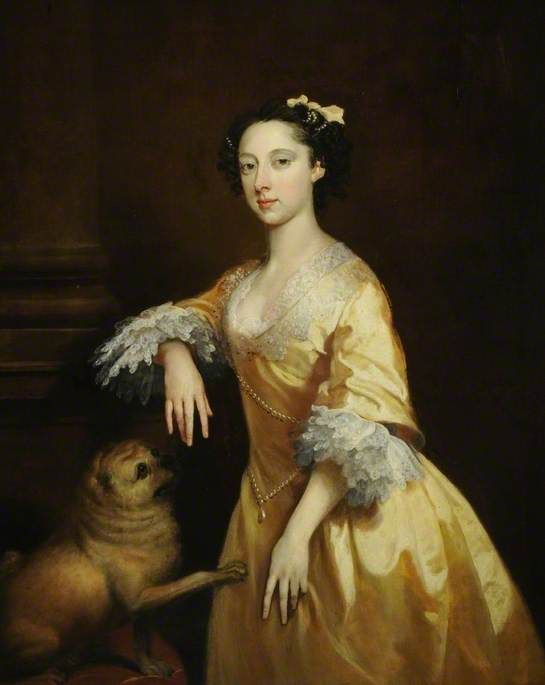 A portrait of a lady and a pug dog by Joseph Highmore, 1738. 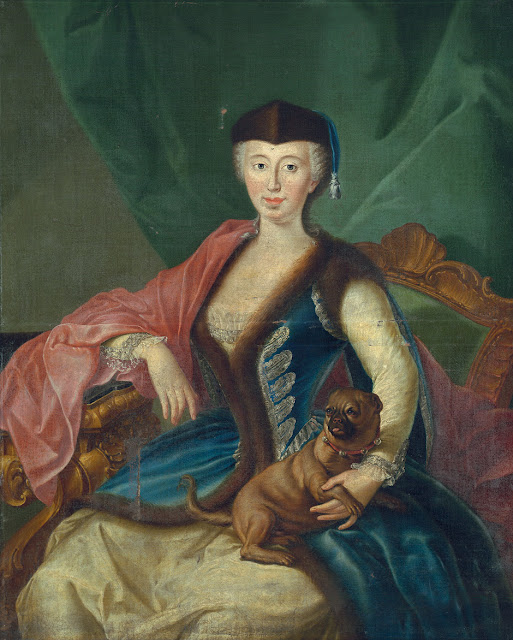