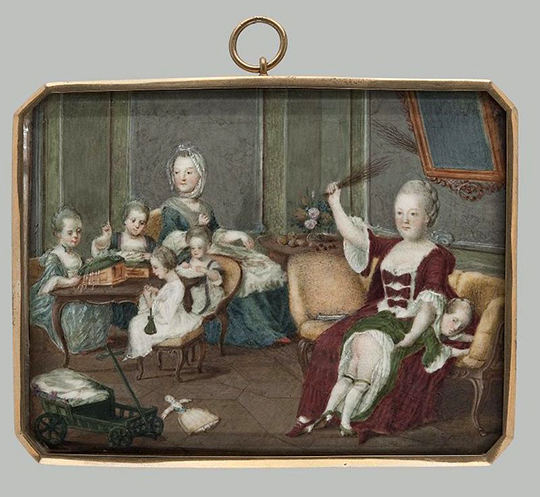 This unusual miniature by an unknown artist, circa 1750, depicts Maria Theresa disciplining one of her daughters with a switch. I would guess that the daughter in question may be Anna, Christina or Elisabeth based on her daughter's ages in 1750. Corporal punishment was certainly not unusual in the time period, but I was very surprised to see a miniature of Maria Theresa herself administering it!

As for why the daughter is being punished so, it looks like she was caught playing with the doll in the bottom-left center rather than doing her needlework like the other daughters in the painting. Minus the infant of course, who is instead dutifully watching her sisters work.

One would imagine that the empress herself commissioned this work.