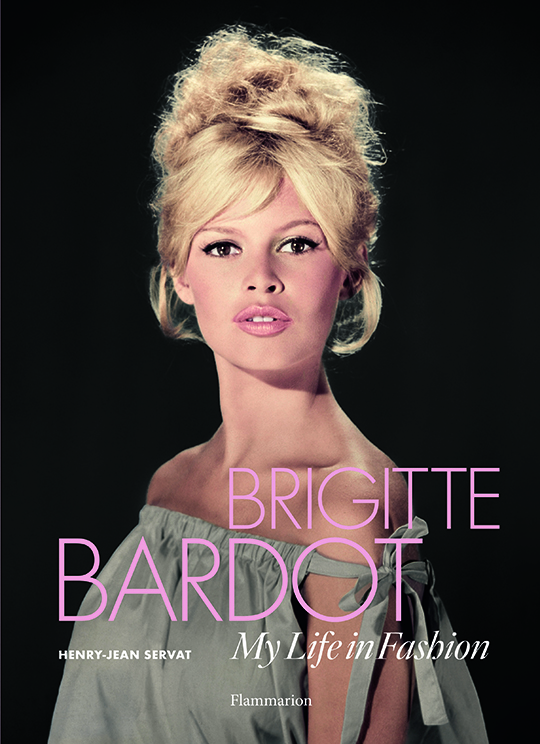 "I invented fashions by never following fashion." So says Brigitte Bardot, one of the most recognizable fashion icons in the world, in Brigitte Bardot: My Life in Fashion, a new book by  Henry-Jean Servat and published by Flammarion.

Brigitte Bardot: My Life in Fashion traces the history of Bardot's eclectic yet ultimately influential style from her beginnings as a model and later film actress in the 1950s through the 1970s. The highlight of the book is a rare and very personal interview with Bardot, who offers intimate insight into her fashion choices and history as both a style and film icon. In addition to this extensive interview, the book contains several short essays about Bardot, each dedicated to a different period during her rise to fashion fame in the 1950s-1970s. Short statements about Bardot written by contemporaries as well as others influenced by her style are also included in the book.

The book includes 187 color and black-and-white photographs ranging from images of Bardot as a teenage model in Elle to behind-the-scenes images from Bardot's film work, as well as countless images of Bardot's most memorable and iconic looks. Many of the images are accompanied by related quotes from Bardot or contemporaries. 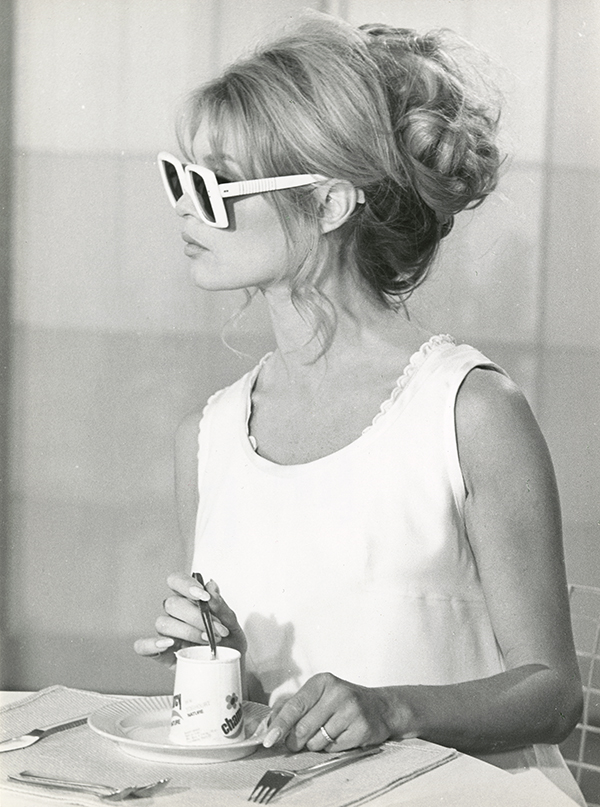 © Cinémathèque française, from Brigitte Bardot: My Life in Fashion (Flammarion, 2016).

Brigitte Bardot: My Life in Fashion offers unique insight into Bardot's style, both through the gorgeously reproduced images as well as the exclusive interview and foreword by Bardot. The interview is definitely the most interesting aspect of the book's text, since it provides Bardot's personal thoughts on her own style, her popularity, and her experiences. Servat's rapport with Bardot makes the interview especially warm and personable and it should be a true delight for those who are eager to hear the thoughts and recollections from Bardot herself rather than fashion historians. The essays featured in the book, while short, provide the framework for understanding the context of Bardot's fashion and its influence on the world during different periods in her life.

The images in the book, 187 in all, are organized into years, with several photographs, quotations and a short essay accompanying most of them. The images are reproduced in high quality and are a delight to look at, especially if you have an interest in fashion from that era. There is a reason people today still introduce influences that harken back to the "Bardot Style"! Many of the images featured in the book have been rarely reproduced elsewhere, so fans of Bardot will be especially pleased to find some new, high quality images of this fashion icon. I personally found the behind-the-scenes film photographs the most interesting, since they not only showcased her film fashion but her film work as well.

The quotations that are partnered with many of the images are from Bardot as well as her contemporaries, including photographers, designers, producers, and others who worked with Bardot; these quotations offer an intimate look at Bardot's influence through the people who worked, dressed, and shared the world with her. I appreciated that the quotes chosen were from people who had some kind of connect to Bardot, which gave them greater weight and interest.

I recommend Brigitte Bardot: My Life in Fashion for fans of Brigitte Bardot, as well as anyone with an interest in 1950s-1970s fashion. It is an intimate, visual and fashion-savvy look at one of the most influential style icons of the 20th century.

[I was provided a review copy by the publisher.]