From the Library of Marie Antoinette: The Sylphe 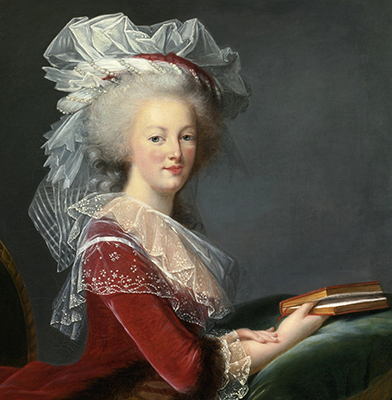 Publication: The book was originally published anonymously under the title "The Young Lady" in 1778. The edition in Marie Antoinette's library is a French translation from 1784.

Notes: Told through letters, 'The Sylphe' is the story of a young woman named Julia Grenville, who marries an older, wealthy aristocrat and quickly finds herself disillusioned with her husband and her new life in high society. The novel was written by Georgiana Cavendish, the duchess of Devonshire, and there are many parallels between Julia in the novel and the real Georgiana. Regency History offers some insight into some of the more notable parallels.

Where you can read it: The 1779 English edition can be read at Project Gutenburg. The 1784 French translation is available at Google Books.
Posted by Anna Gibson at 10:01:00 PM