The French Revolution has been the subject of film since the dawn of motion pictures; naturally then, it should come as no surprise that there are countless films about the revolution and its players--nor should it surprise you that the revolution continues to fascinate filmmakers today!

I compiled 5 of my current favorite films set in the French Revolution, which I've shared below.

Note: The 5 films chosen for this list are available in English or with official English subtitles, hence the exclusion of certain famous titles, such as La Revolution Francaise (1989). If you're looking for more 'Marie Antoinette' films, check out my other list! 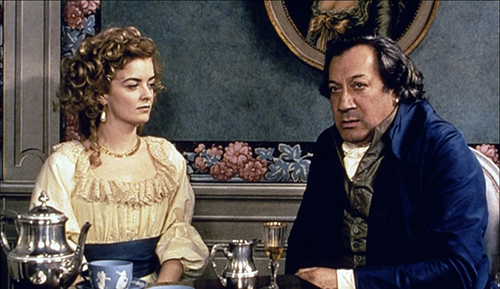 Inspired by the embroidered memoirs of Grace Elliot, the Scottish mistress to the duc d'Orleans, who was caught up in the turmoil of the French Revolution. Grace and Orleans' relationship is played against the backdrop of the Paris during the Terror, where political loyalties--including those of the royalist Grace--can become a life or death matter. 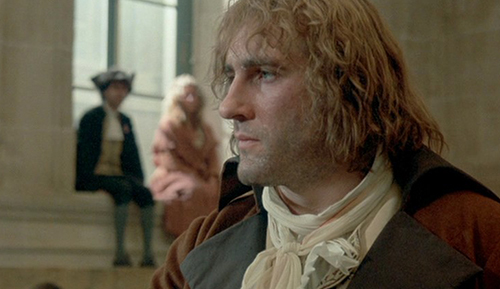 A downfall of Danton, adapted from a play by director Andrzej Wajda, whose decision to draw parallels through then-contemporary Polish events and the conflict between Danton and Robespierre makes for an intense--if polarized--look at the ultimate fate of some of the revolution's major players. Gerard Depardieu gives a particularly stand-out performance as Danton. 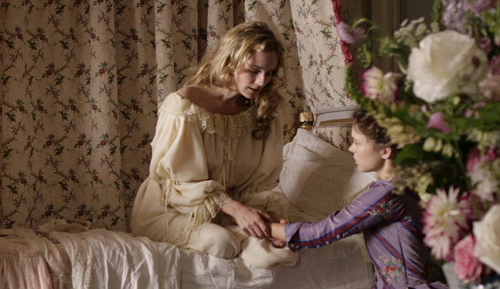 Les adieux à la reine, based on a novel by Chantal Thomas, has a micro-focus that sets it apart from the more typical revolution films that span years. The story follows Sidonie, a young reader to Marie Antoinette, as she navigates the tension, panic and confusion of the palace over a several day period--before, during and after the fall of Bastille. (I have more thoughts on the film, particularly how it differs from the novel, here.) 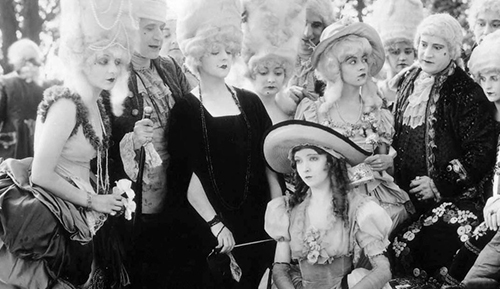 A melodramatic but undeniably entertaining silent film about two sisters, Louise and Henriette, who travel to 1780s Paris and find themselves prey to political turmoil, poverty, the attentions of a violent aristocrat, and a revolution that threatens to divide the sisters forever. The story is based on a play which had already been adapted into film two times before 1921! 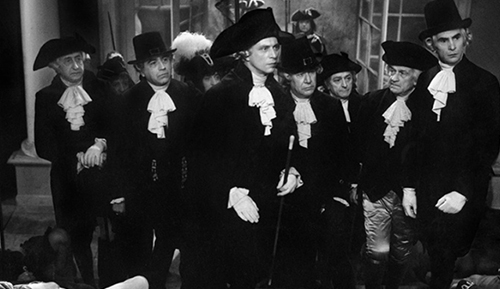 A sweeping epic from Jean Renoir that threads together the many stories of the French Revolution--from arguments in the boudoir of the king and queen to political speeches that helped turn the tide of history to the lives of the people who took to the streets of Paris and Versailles during the early years of the revolution.