There are countless films set in the 18th century--some of them even date as far back as the (very) late 19th century! The 18th century was a time of great social change and upheaval, of great personalities and dramatic lives; in short, it is a goldmine of storytelling for filmmakers.

It would be impossible to list every worthwhile film set in the 1700s, but I've compiled a short list of 8 films set in 18th century Europe that I find particularly exceptional. If you've noticed a lack of Marie Antoinette or French Revolution films on the list, don't worry: I have a separate list for Marie Antoinette related films and am currently working on a list for films set during the Revolution. 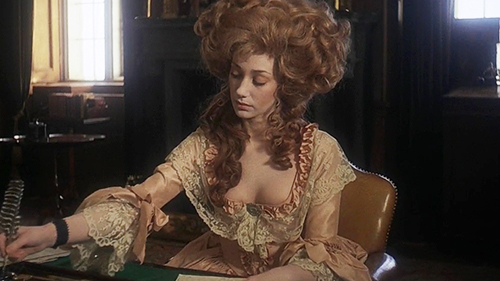 Often described as one of Stanley Kubrick's finest films, Barry Lyndon (based on a novel by William Thackeray) tells the story of an Irish adventurer who finds himself in the midst of the British aristocracy after seducing a wealthy widow. The film's exquisite attention to production detail, which include specially designed cameras that allowed the production team to use mostly natural lighting and candle light, make it a true stand-out.

A fictionalized version of the real life of Dido Elizabeth Belle, the daughter of Sir John Lindsay, a British naval officer and Maria Belle, an enslaved woman. The film juxtaposes Belle's struggle to find her place in society with the infamous Zong "cargo" case. An exceptional performance by Gugu Mbatha-Raw made Belle one of the best films of the year. 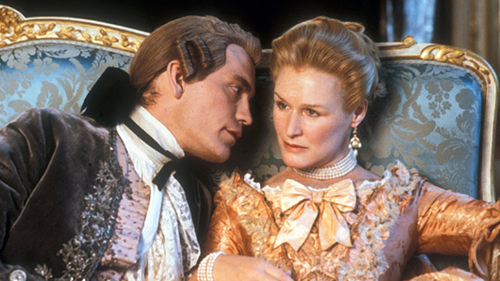 This rich adaptation of Les Liaisons dangereuses is impossible to resist: gorgeous costumes, stunning interiors, and just the right amount of luscious scandal mark it as one of the best adaptations of the novel, and one of the best 18th century period films currently out there. Glenn Close's performance is especially notable--and if you're a fan of Coppola's 'Marie Antoinette,' take note of the parallels between Liasons' infamous opera scene and Coppola's own film. 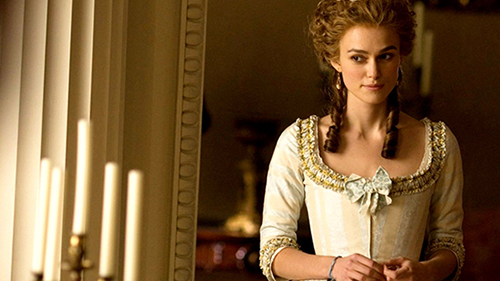 The Duchess of Devonshire was the "it" girl of British society in her day, and while The Duchess has some occasional pacing issues, it is one of the better biographical period films in recent memory. Kiera Knightley gives a great performance as the titular Duchess who, despite the limitations of life for women in Georgian England, strives to make her own mark on society. 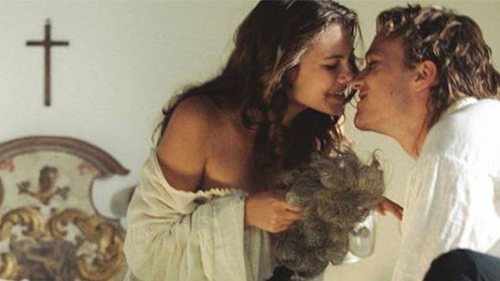 Heath Ledger stars as the titular Casanova in this fun, adventurous and romantic take on the life of Casanova. A fun adventurous film, lovely costumes, a heartfelt storyline and some surprising performances in supporting roles (Jeremy Irons, anyone?) are what make Casanova a memorable and worthwhile watch. 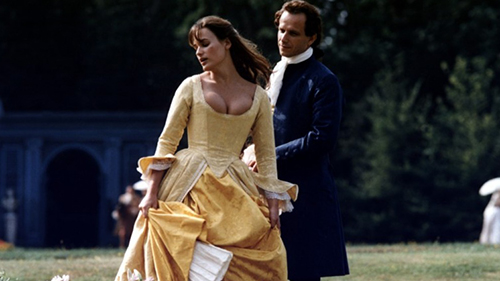 In Ridicule, a poor French aristocrat must navigate the treacherous, difficult and scandalous world of Versailles in order to petition the King for a special project. Ridicule is a bit on the slower side, but the biting, down-to-Earth take on social corruption at the court of Versailles is a refreshing one. 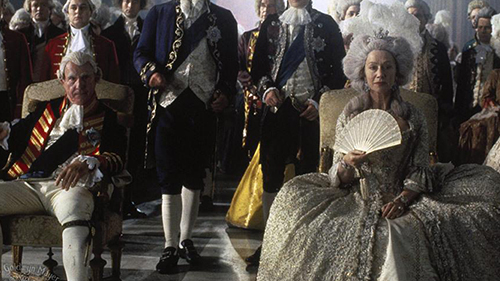 A dramatization of the mental afflictions experienced by George III, whose declining mental state and the attempted treatment by his physicians was fed upon by his political enemies. Nigel Hawthorne and Helen Mirren give particularly powerful performances that manage to be charming, witty, regal and even somber. The film covers a unique period in history and should not be missed! 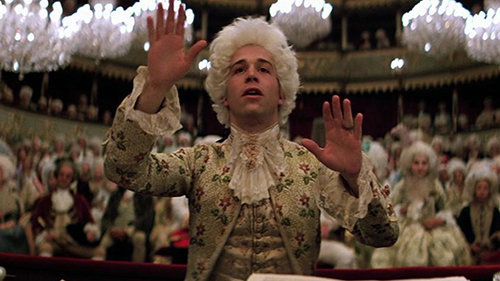 Amadeus is a fun, somewhat off the wall and definitely entertaining look at the rise of Amadeus Mozart and the dramatized rivalry between Antonio Salieri, played with relish in the film by F. Murray Abraham. From the rich soundtrack to the outlandish costumes to the antics of the titular Amadeus, the film has something for everyone. Above all, this straight-from-the-80s take on the life of Amadeus will rock your world!
Posted by Anna Gibson at 10:12:00 PM