'The family of swine brought into the barn.'

The royal family's failed flight to Montmédy marked a downturn in the reputation of the royal family; the escape attempt and its aftermath inspired a torrent of pamphlets, caricatures and other libels which targeted the family from Louis XVI to his young children.

The caricature below, titled 'The family of swine brought into the barn,' represents the royal family as pigs being brought back to the Tuileries Palace after their escape attempt. Notably, Marie Antoinette is depicted here in the nude with her breasts bared, while the rest of the family is given clothing. 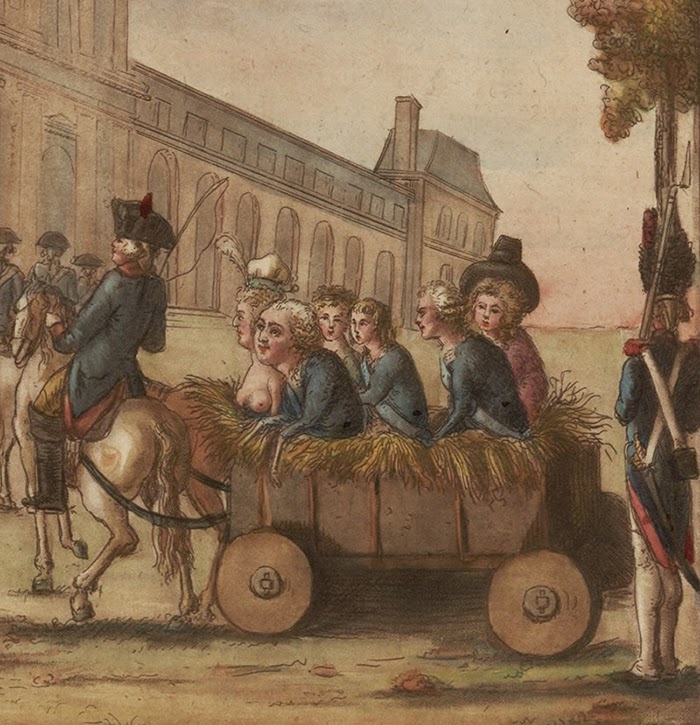