Gladys George as Madame Du Barry in her Boudoir 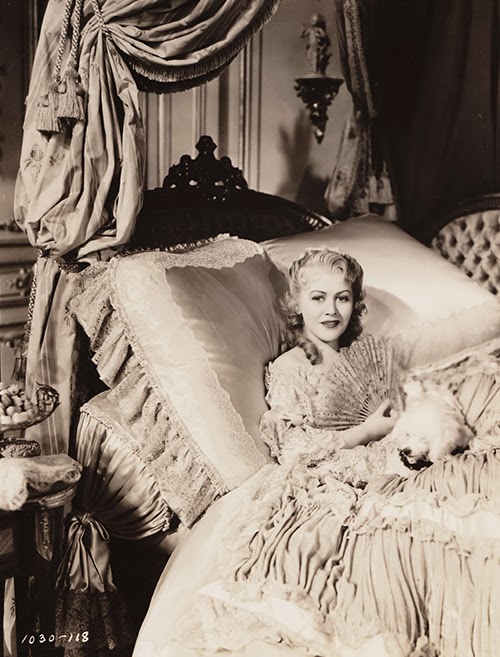 Like every film, MGM's Marie Antoinette underwent several cuts for length and content before it was released for the general public. One of the scenes in the shooting script for the film I obtained earlier this year was an earlier introduction for Madame du Barry and her ladies. In this scene, Madame du Barry lounges on her elaborate bed while her ladies lament the fact that neither they, nor their mistress, are allowed to greet the dauphine.

Although I haven't been able to find any stills of the deleted scene, I was able to find a promotional photograph taken of Gladys George in her costume (and on the set) for this scene, which I posted above.

The script for this deleted scene can be read here.
Posted by Anna Gibson at 2:35:00 PM