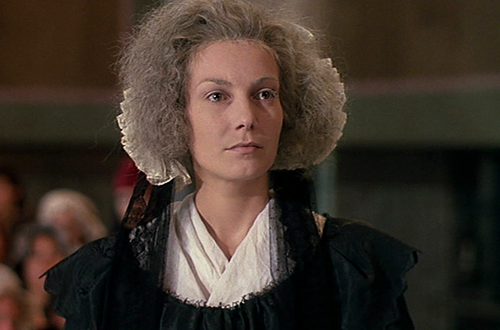 In my mind, there is no finer film about Marie Antoinette than L'Autrichienne. The film, which premiered in 1990, stars actress Ute Lemper as the titular "Austrian," presents an intimate, emotional look at the last days of Marie Antoinette.

As the story in the movie begins to unfold, it becomes immediately apparent that L'Autrichienne is vastly different from the majority of films about Marie Antoinette. The central focus is not on her heyday, the wild balls and pastoral pursuits; nor is it on her rise to courage in the political turmoil of the revolution. Instead, the viewer is presented with what some have called Marie Antoinette's finest, yet most pitiful hour: her trial. 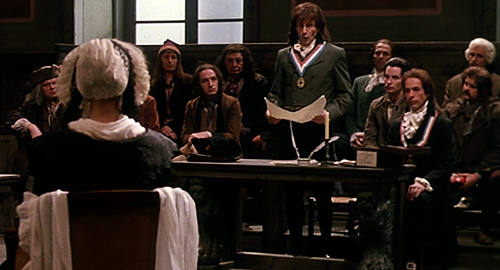 The script of the film is taken almost entirely from the legal report of her trial, which adds an incredible amount of authenticity to the performances. My French is very limited, but the courtroom proceedings are so closely followed that it's possible to understand what is being said by going through the English report of her trial and matching the names and witness reports.  Historian André Castelot was one of the two writers for L'Autrichienne, and his influence is very clear to the viewer. 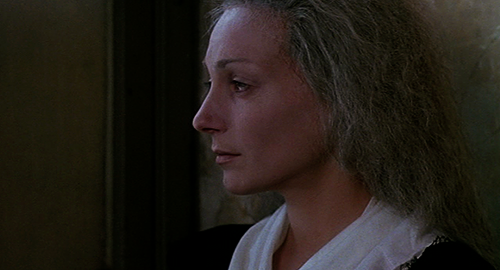 But the finest achievement of the film is actually the achievement of Ute Lemper: her performance as Marie Antoinette is too moving for words. She manages to compact the entire lifetime of the queen into her performance; in her portrayal there is sadness, boredom, annoyance, despair, anger, fear, hope--everything that Marie Antoinette as a woman, a wife, a mother, a queen, an accused prisoner, would have felt. 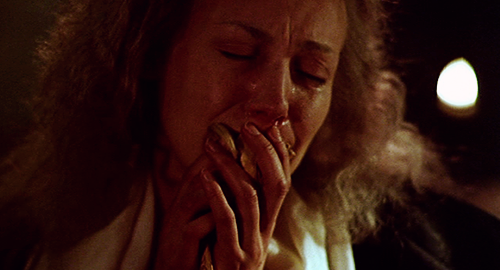 There is a particularly memorable scene in the film where Marie Antoinette retrieves a small yellow glove and a lock of hair. She presses these relics to her lips and kisses them, crying in despair. This incident comes from an actual interview with the servant Rosalie Lamorliere, where she stated that the queen would often retrieve a yellow glove worn by her son, along with a lock of his hair, and weep over them.

In her performance can be read those despairing final lines written to her children, scrawled in a prayer book: "My God, have pity on me! My eyes have no more tears to cry for you my poor children; adieu! adieu!"

It is a shame that this film is not better-known. It is currently available for viewing on YouTube, but the official DVD is out of print and can cost upwards of 100 Euros or more on the secondhand market. I hope that one day L'Autrichienne , and Ute Lemper's powerful performance, will receive the due it deserves.
Posted by Anna Gibson at 11:54:00 PM