Sir William Russell Flint (1880 - 1969) was a Scottish illustrator who is best known for his paintings, illustrations and drawings of beautiful women. His most popular works were inspired by a visit Flint took to Spain, where he was impressed by the beauty and skill of Spanish dancers. But Flint also dabbled in soft, romantic historical portraits--which, like his paintings of Spanish dancers, were sometimes derided by art critics as being 'harshly eroticized.' 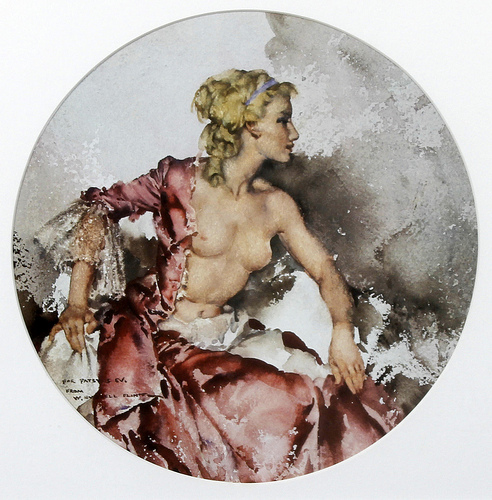