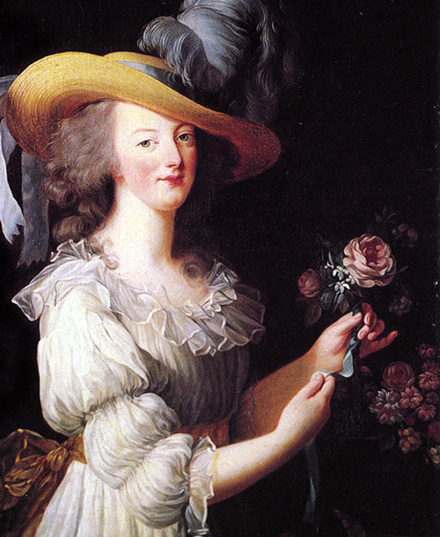 image: detail of a portrait of Marie Antoinette with a rose by Elisabeth Vigee-Lebrun

In 1770, Louis XV presented Marie Antoinette--then a young dauphine--with a rather unusual portrait, in which she was depicted as the center of a rose. Although the portrait has since been lost to the ages, its description brings to mind the undeniable association between Marie Antoinette and this most famous flower.

Roses were a part of almost every aspect of Marie Antoinette's life; from her portraits to her bedroom walls to the magnificent gardenscape of the Petit Trianon--even the queen's fashion choices hearkened back to her love of these beautiful blooms. During the heyday of the floral, country-inspired fashion associated with the Petit Trianon, both fresh and artificial roses were used as garlands and other ornamental decorations for their nature-inspired ensembles. 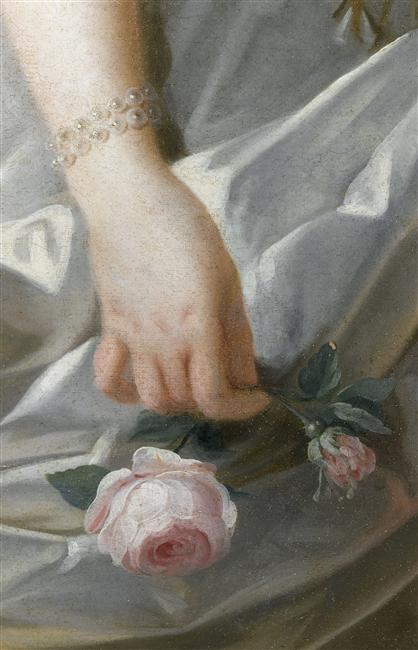 Roses can be found in many of Marie Antoinette's portraits. Roses may have been a symbolic nod to her Austrian heritage; they may also have been used as a symbol of her Christian faith. In Christian paintings and engravings, various types of roses were often used to represent the rebirth of Christ, the Holy Trinity, and other important Christian iconography. The dog rose, just one of the roses chosen to populate the Petit Trianon, was used to symbolize both the five wounds of Christ and his rebirth. In mythology, the Rose was associated with love, fertility, and beauty. 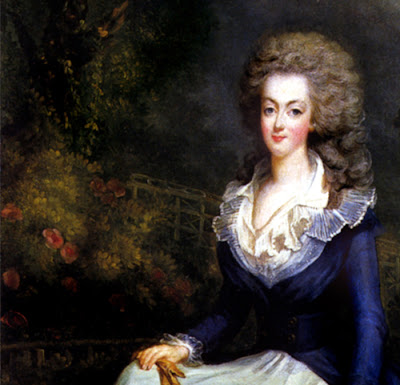 image: detail of a portrait of Marie Antoinette, attributed to d'Agoty; rose bushes can be seen in the background


Roses could be found in almost every nook and cranny of the Petit Trianon. In 1779, Marie Antoinette wrote to her mother that she had "innumerable rose varieties, of which my gardener is so proud, that people of his profession come to study them[.]" The interior of the Temple of Love was once decorated with rose garlands tied with ribbons, which only added to the fragrant floral scent which filled the air of the Trianon. 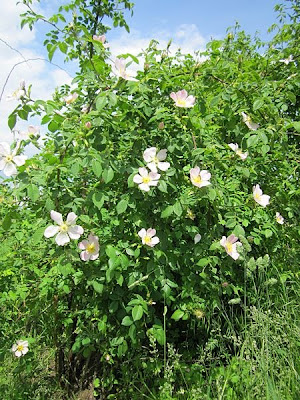 One of the rose varieties grown at the Trianon was Rosa canina, or Dog Rose. The dog rose has large pink or white flowers which, although not very fragrant, were especially appreciated in 18th century gardens for their "wild" appearance. 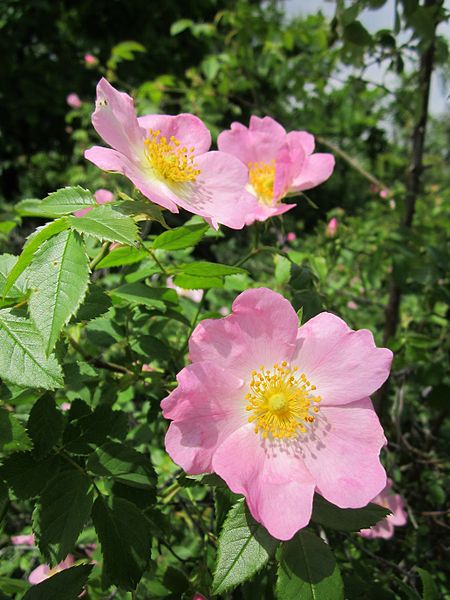 Marie Antoinette may have loved the rustic, untended look that these flowers brought to her gardens, which she planted after the carefully designed "natural" English style. In 1784, over two thousand dog roses were delivered to the Trianon to be planted in Marie Antoinette's garden. 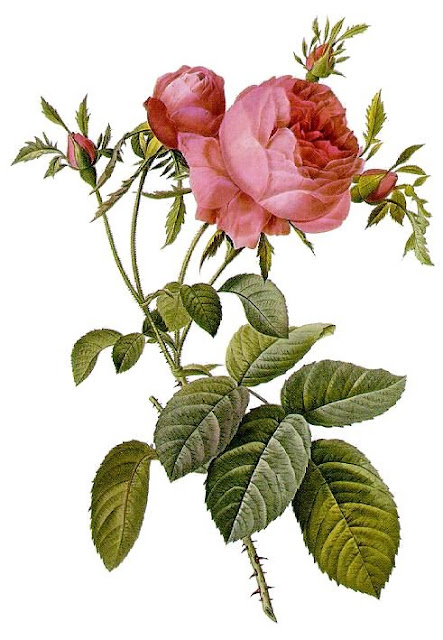 image: A painting of Rosa centifolia foliacea by Pierre-Joseph Redouté

Another type of rose favored by Marie Antoinette was Rosa × centifolia, or the Cabbage Rose. The cabbage rose, also called the provence rose, initially was developed in the 17th and 19th century by Dutch rose breeders. It is a hybrid breed, although its exact hereditary history is not known. Its name comes from the globe-shaped flowers, which have a similar appearance to cabbage.

The cabbage rose was also used in fragrances and perfumed beauty products. Jean-Louis Fargeon, a perfumer favored by Marie Antoinette, used cabbage roses in many of his creations. It is still used by modern perfumes due to its rich fragrance. 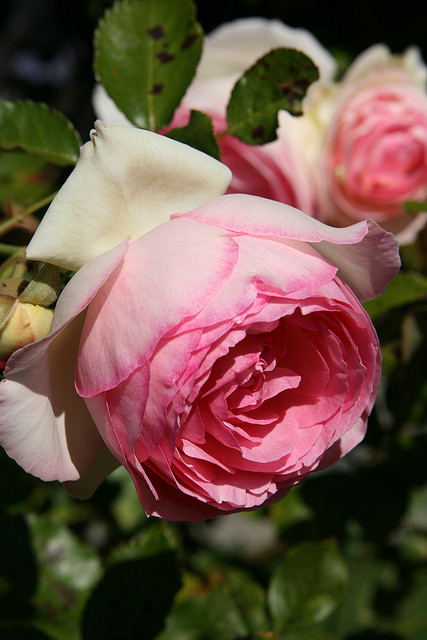 The dog rose and cabbage rose are just two of the many flowers and plants to uncover in the upcoming publication, From Marie Antoinette's Garden by Elisabeth de Feydeu, set for publication on September 3rd, 2013.