Barbie Travels to the 18th Century 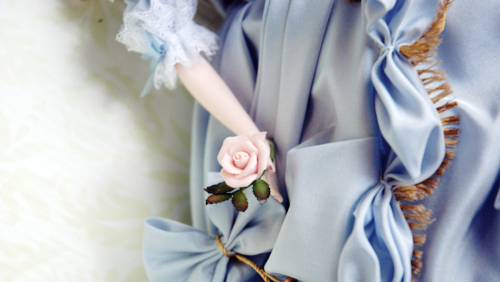 Perhaps no fictional woman has taken the fashion world by storm quite like Barbara Millicent Roberts--better known as Barbie. Since her introduction in 1959, Barbie has draped herself in every style you could possibly think of--and some styles no one has ever seen before! From snazzy 60s outfits (complete with gogo boots!) to glamorous, Vegas-style Bob Mackie fantasies to romantic Oscar de la Renta ballgowns... Barbie is no stranger to switching up her style at the drop of a miniature silk hat. You could say that her love of style makes her a fictional rival for the other Queen of Fashion--Marie Antoinette. Although Marie Antoinette (to my scholarly knowledge) never dressed up in go-go boots, she--like Barbie--also dressed to impress.

Barbie has had many careers, costumes and gimmicks over the years. She has even traveled back in time! One of Barbie's many stops is the 18th century, where she has donned the guise of an English aristocrat, a pastoral shepherdess--and even Queen Marie Antoinette herself. Let's stick a feather in Barbie's inch-high pouf and take a look at some of Barbie's forays into the Age of Enlightenment. 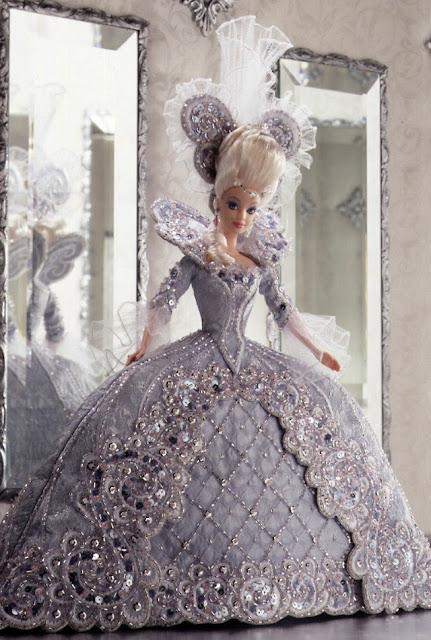 Madame du Barbie, designed by Bob Mackie, was a limited edition release which found its way into the gilded shelves of Barbie collectors on New Year's Day, 1997. "There are a lot of people at Versailles today," indeed! Madame du Barbie wears an ice-blue gown made from brocade, studded with beads and jewels and rococo-style embroidery. It reminds me of the large, stiffer 18th century costumes which were particularly popular in 1930s-40s Hollywood films. Elegant and sparkling! 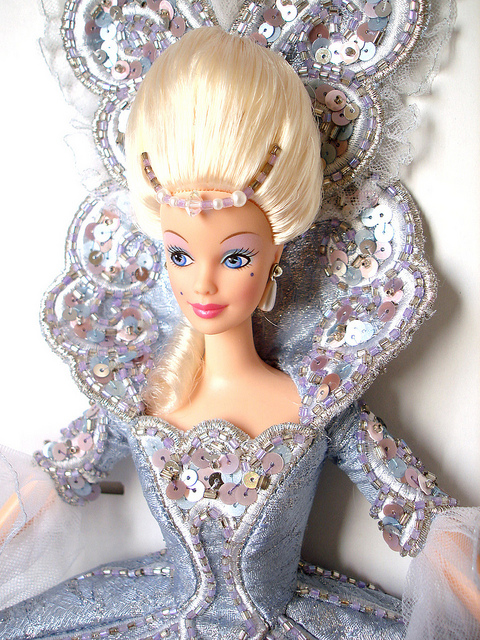 Her pouf is accented with an elegant beaded headdress as well as her large, striking collar covered in icy sequins. In true extravagant (though not historical) fashion, it reaches far above her heaven-ascending hair. A demure side glance completes her coquettish look.

Madame du Barbie would certainly have made a splash at Versailles! 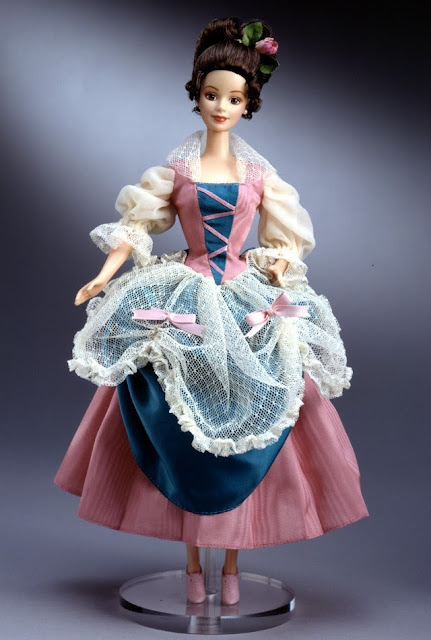 Fair Valentine Barbie, a special edition released in 1998, is a lovely interpretation of a portrait by the famous Jacques-Louis David. The portrait, commissioned by its sitter, Mademoiselle Guimard, is a wonderful example of the romantic, pastoral fantasy paintings that were all the rage in 18th century France. 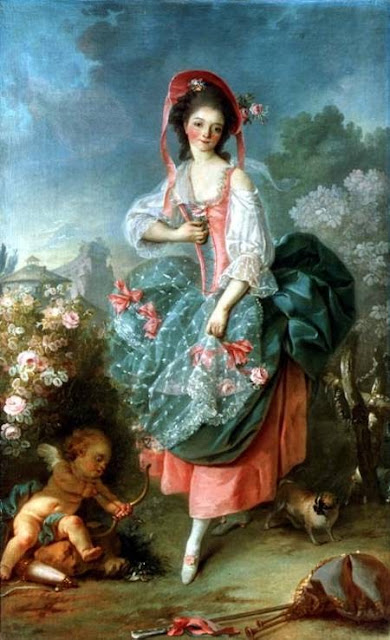 Fair Valentine Barbie wears a pink and blue shepherdess-style dress with a delicate lace apron. Although the Barbie rendition of the painting is sadly missing a beribboned hat, her updo coiffure adorned with a pink flower completes her romantic garden gown.

It is easy to imagine this doll sitting amongst bouquets of flowers or delicately milking a cow in a countryside dairy. 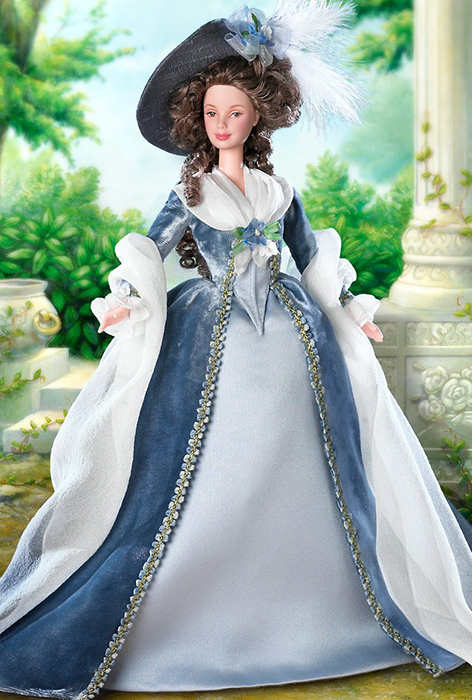 Duchess Emma Barbie, released as a limited edition in 2003, was the third and final doll in the exclusive Portrait Collection series. Each doll in the series was inspired by various historical portraits, complete with packaging that resembled a stunning shadowbox frame. Duchess Emma Barbie is inspired by various 1770s-1780s portraits which featured softer lines, more pastel colors, and a more relaxed and natural look for the subjects. 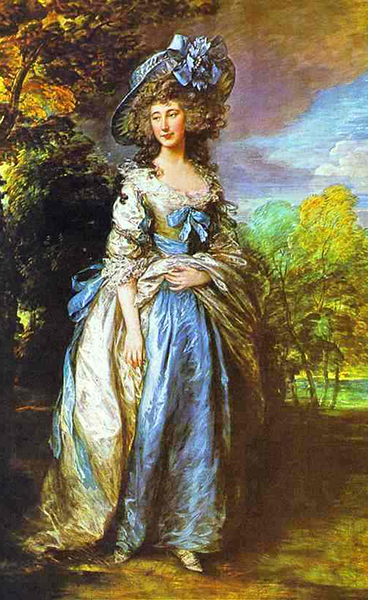 The floor-length gown worn by Duchess Emma Barbie is made from a velvet jacket with green and blue trim over a powder blue stain skirt and bodice. A flowing white chiffon scarf, popularly used by artists such as Elisabeth Vigee-Lebrun, compliments her chiffon fichu and floral bodice accent. Her delicate coiffure, complete with ringlets, is topped with an elegant hat and fashionable feather.

Can you imagine this stunning portrait Barbie doll hanging on your wall? 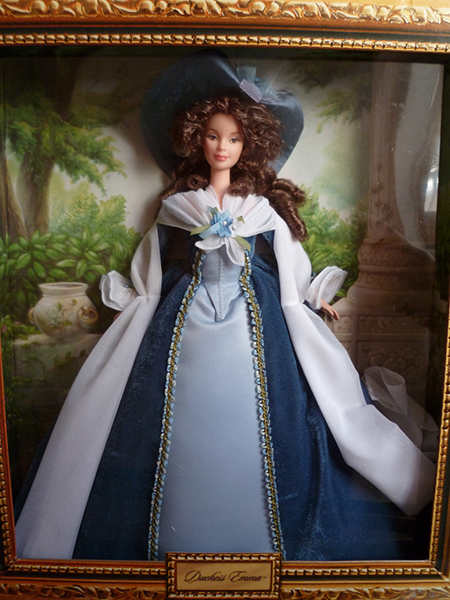 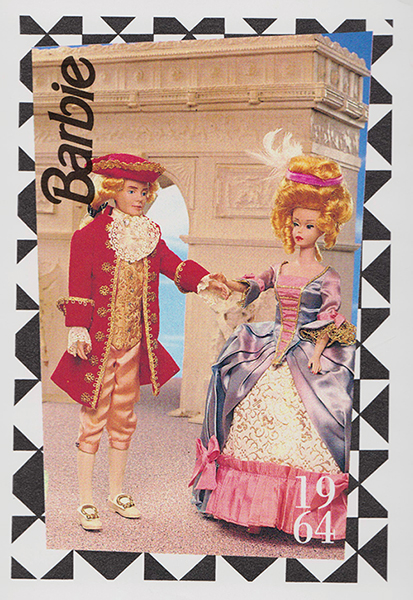 In 1964, Mattel decided to treat Ken to some spotlight time with a proposed fashion line called Little Theatre, which was to feature matching costumes for Barbie and Ken. The above card depicts the Marie Antoinette and "Louis XIV" set. Both costumes featured delicate details, such as gold trim or fashionable ribbons, which made for a rather extravagant costume-fashion set! Unfortunately, the Little Theatre collection did not move past the prototype stage. Fortunately, an avid Ken fan was on hand to capture an image of the prototype costumes on display at the 2006 National Barbie Convention. 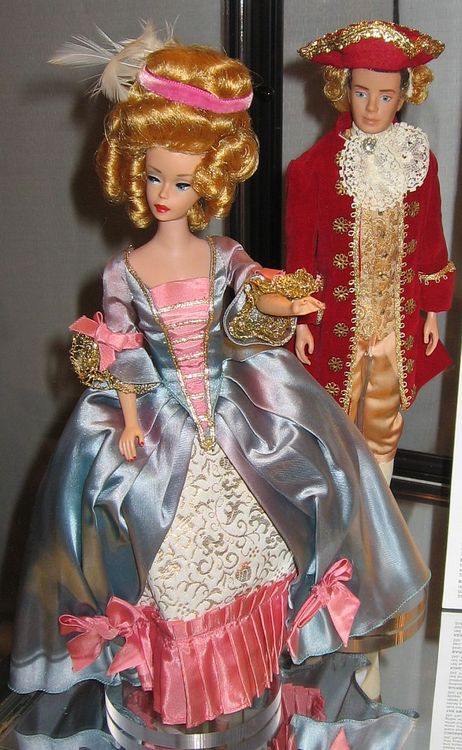 credit: The Man Behind the Doll 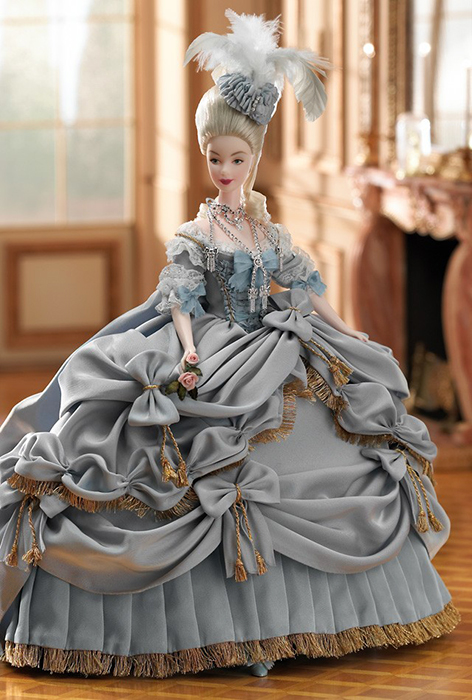 Extravagant, sumptuous--just two words that easily describe Mattel's crème de la crème of 18th century inspired Barbie dolls. I am speaking, of course, about the classic "Marie Antoinette" doll, released as part of the Women of Royalty series in 2003. The doll originally retailed for $249.00 but today it easily reaches prices of $600-$1000+ on the secondhand market. With the level of detail and the quality of this doll, it is not difficult to see why. 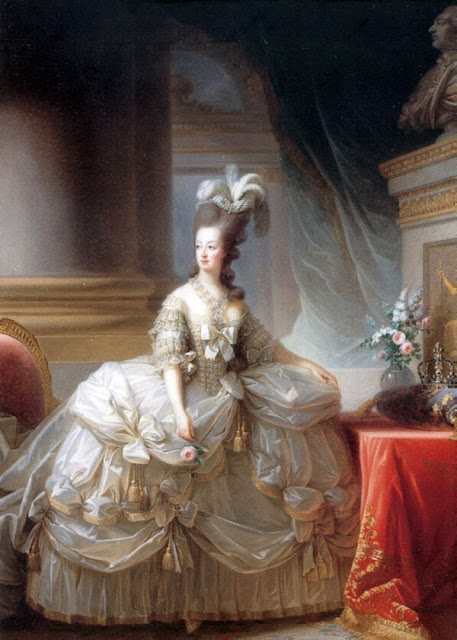 image: A court portrait of Marie-Antoinette by Elisabeth Vigee-Lebrun

Marie Antoinette Barbie is inspired by a court portrait by Elisabeth Vigee-Lebrun.  Her sumptous, regal blue gown is adorned with delicate lace, golden trim and silk bows. These relatively simple adornments only enhance the beauty of the dress, which is complimented by a matching hat topped with white feathers. Her necklace is a shocking detail for many Marie Antoinette enthusiasts, who are quick to notice its provenance: it is a replica of the necklace from the infamous "Affair of the Necklace." I think it adds a certain touch of dangerous decadence to this Barbie's classic court elegance.

I cannot hope to do this doll justice with my descriptions... I'll end with some detailed shots (and oh, how I wish they were my own photographs!) of "the" Marie Antoinette Barbie. 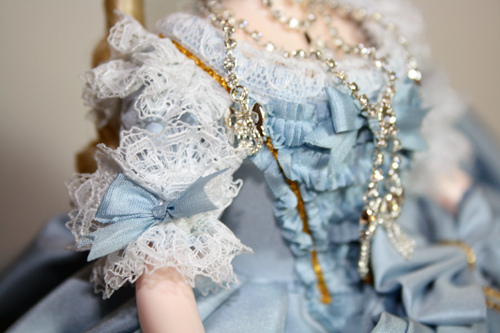 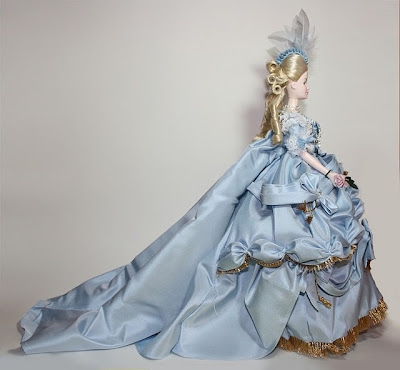 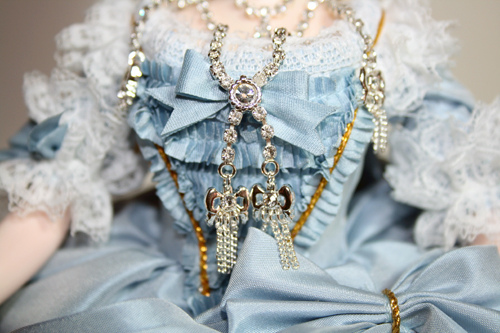 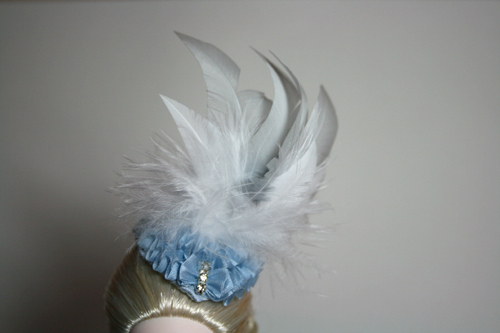 Which 18th century Barbie strikes your fancy the most?