An engraving of the duchesse d'Angoulême

A stunning colored engraving of the duchesse d'Angoulême by Augustin Legrand. 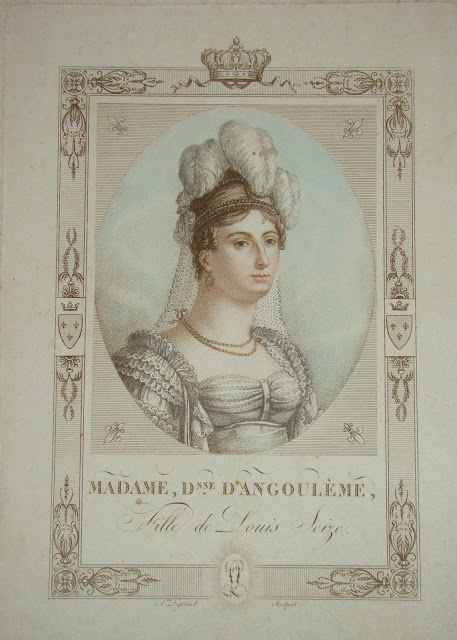 This engraving was first published in 1815, likely before or after Napoleon's "Hundred Days," in honor of the restoration of the monarchy. Indeed, many symbols of the Bourbons and the French monarchy can be found in the border of the print, in addition to Marie-Thérèse all-white ensemble. The duchesse was a particular popular topic for engravings during the Restoration--which may be because she was, amongst all of the returning Bourbons, the one most cemented in French memory as the "orphan princess of the Temple."
Posted by Anna Gibson at 11:42:00 PM