Jules Gervais-Courtellemont (1863-1931) was a French photographer who is most well known for his color autochromes of World War I, which were so popular that Courtellemont had them published in a 12 volume series. In addition to his photography of the battlefield, Courtellemont also took many photographs of scenes of homes, landscapes and people. His composition style, especially when taking photographs of people, was often intimate but deliberately artistic. Courtellemont loved using symbolism, such as ensuring that certain colors or people were distanced or contrasted with others, to create an appearance of structured--and yet realistic--life.

My favorite Courtellemont autochromes are, perhaps not surprisingly, his photographs of some historical players at Versailles, taken in 1925. Unfortunately, I've only been able to find a few of these stunning autochromes without watermarks, but I hope the beauty of these photographs still shines through. 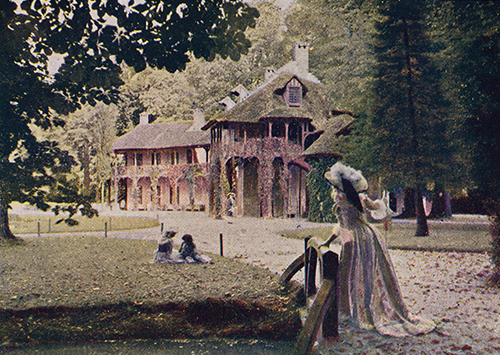 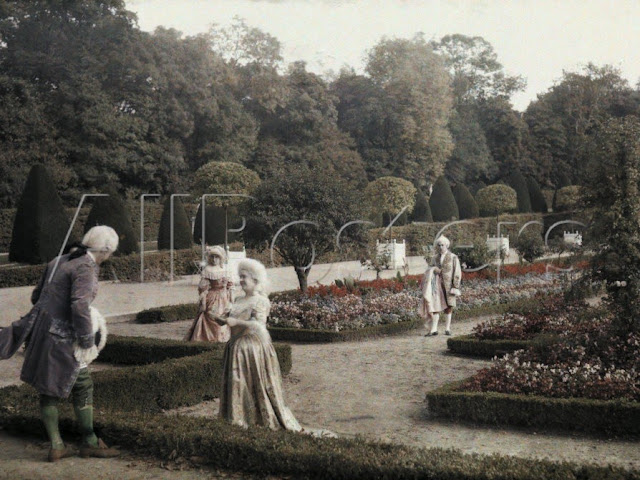 Actors in Period Costumes Perform Among the Flowerbeds of Versailles
image credit: allposters 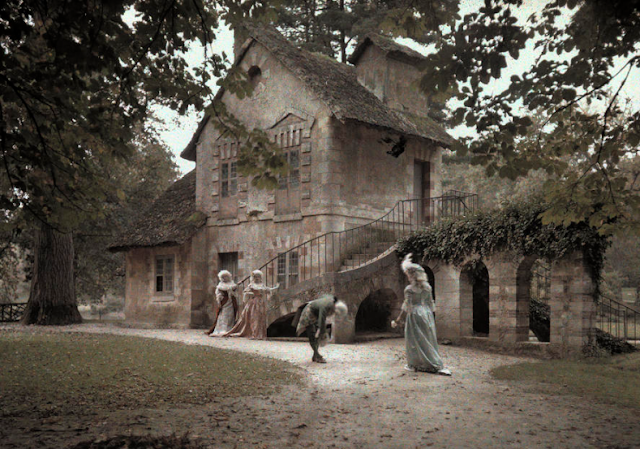 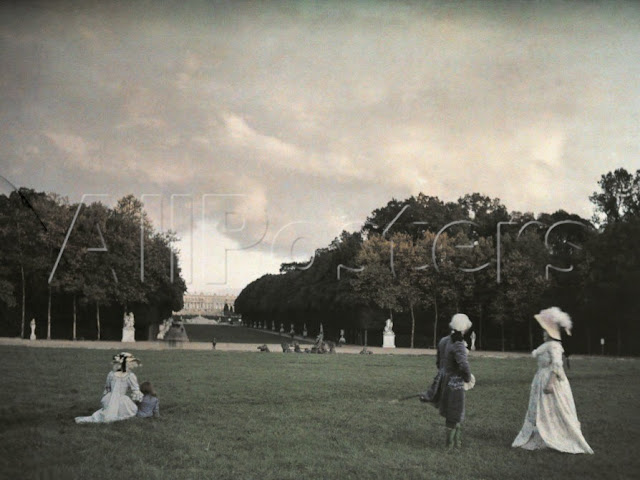 Costumed Actors Look Toward the Chateau of Versailles from the Garden
image credit: allposters 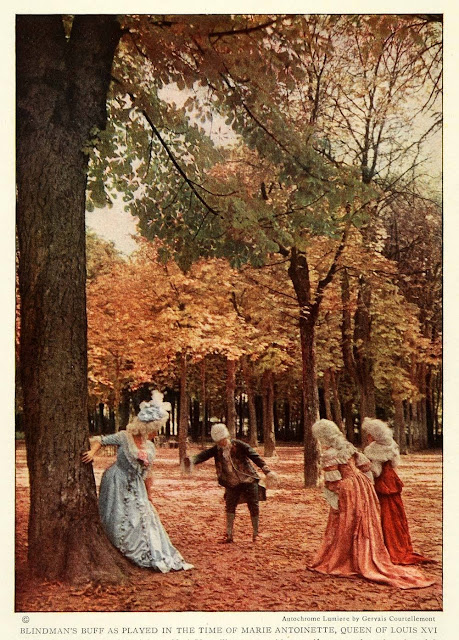 Blindman's Bluff as played in the time of Marie Antoinette
image credit: ebay 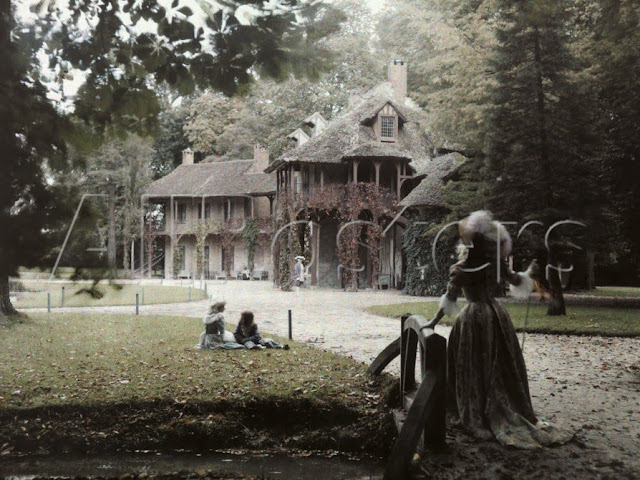 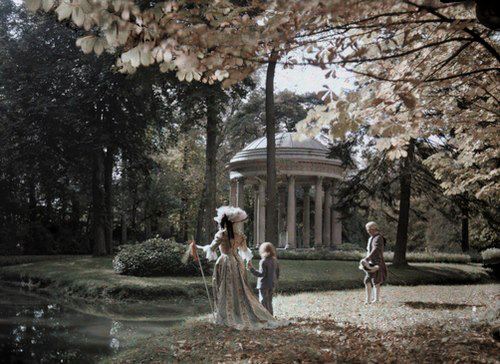 Players at the Temple of Love
image credit: art.com