"It is the head of Mme. de Lamballe they wish to show you." 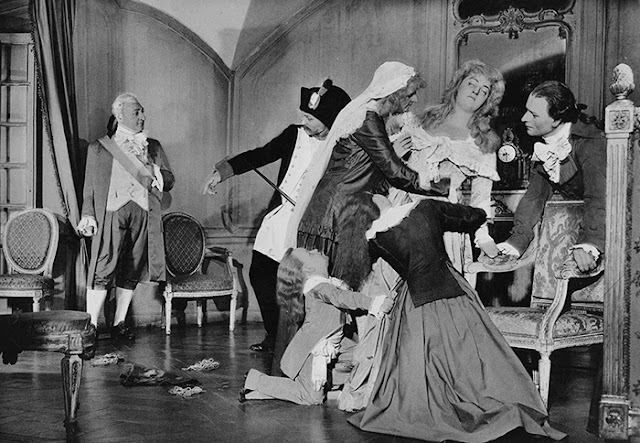 A vintage postcard from the waxwork museum, Musée Grévin, depicting the infamous scene of September 3rd in the Temple, when a mob attempted to show Marie Antoinette the head of the Princesse de Lamballe. Here is the event, as described in Madame Royale's memoirs:

"Several officers of the National Guard and some municipals arrived; the first desired that my father should show himself at the window. The municipals fortunately opposed this; but my father, having asked what was happening, a young officer replied: "Well, if you want to know, it is the head of Mme. de Lamballe they wish to show you." My mother was seized with horror; that was the sole moment when her firmness abandoned her."