A letter from Marie Antoinette to Maria Theresa: Louis XVI is innoculated against smallpox 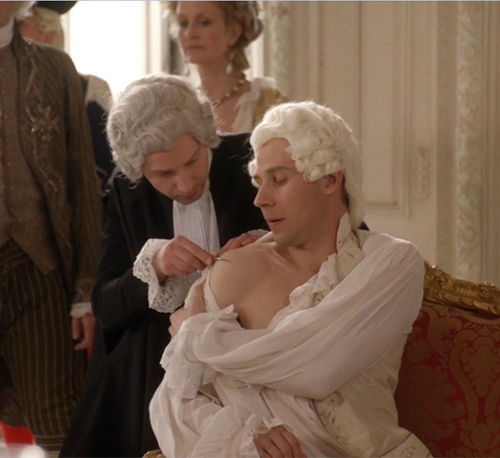 After the death of Louis XV, it was decided that the king and several other members of the royal family would undergo a smallpox innoculation to help protect themselves from the same disease. After her husband underwent the procedure, Marie Antoinette wrote to her mother:

... the King, my brothers, and the comtesse d'Artois were inoculated [against smallpox] on Saturday; since then they have missed taking a walk at least two or three times a day. The King had a rather high fever for three days; on the day before yesterday the eruption started and the fever went down so that it is now quite gone. He will not have many pustules, but he has some very remarkable ones on his nose, on the wrists, and chest; they are already beginning to turn white.

[The doctors] have made four small incisions; these little openings are suppurating properly, which showed the doctors that the inoculation was completely successful.