Marie Antoinette and Lent: An excerpt from a Jean-Baptiste Massillon sermon regarding Lent 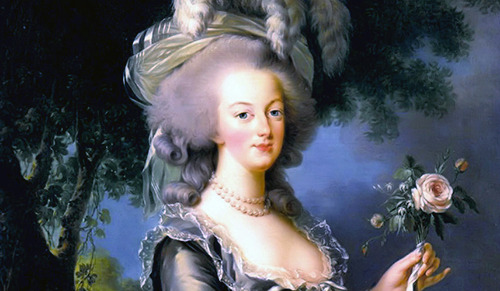 Lent is generally defined as “…the preparation of the believer through prayer, penance, repentance, almsgiving, and self-denial. Its institutional purpose is heightened in the annual commemoration of Holy Week, marking the death, burial and resurrection of Jesus, which recalls the events of the Bible when Jesus is crucified on Good Friday, which then culminates in the celebration on Easter Sunday of the Resurrection of Jesus Christ.” Marie Antoinette would have observed Lent every year after the period of Carnival during which she (especially in her younger years) attended many balls, parties and other amusements.

At Versailles, Lent would have been marked by sermons given at least once a week, depending on who was chosen to give the special sermons and how often they were able to–or wanted to–preach. Marie Antoinette wrote to her mother on March 15th of 1773 on the subject:

This Lent we have a very good preacher three times a week; he talks of the good moral principles in the Gospels and tells everyone many truths; however I prefer the Massillon series of sermons for Lent, because they are more to my taste.

The ‘Massillon’ Marie Antoinette referred to in her letter was Jean-Baptiste Massillon (24 June 1663 - 28 September 1742); a famous bishop and preacher, well known for eloquent and poetical sermons which deal less with questions of dogma and more with issues of compassion, morality and humanity.

One of Massilon’s Lent sermons, 'On the Fast of Lent,'  was possibly written for a sermon given at the chapel of Versailles–it certainly seems as if he was targeting those in the upper reaches of society with his concern regarding the hypocrisy of the well-to-do.

His words may have resonated with the young Marie Antoinette, who had been exposed to the hypocrisy of many courtiers–including those among her new family–at Versailles; who herself was turning frequently to amusements and pleasures, perhaps to occupy her mind with something other than her sorrows and political stresses; and who wrote to her mother that she did not always find abstaining from meat to be easy.

Perhaps Massilon’s words reminded her that, despite her mild complaints about abstaining from meat, that if those who had almost nothing gladly fasted from meat during Lent, that she–who had everything at her fingertips–could certainly abstain as well.

Of particular interest is a passage, targeted at those who complained about the Catholic tradition of abstaining from meat during Lent and sought dispensations for avoiding it:

Were you, however, to examine impartially into the state of your health, you perhaps would discover that the constant aversion you feel for self-denial and penance, has led you into an error on this subject; and that you imagine that your constitution is weak, because you never have had piety and resolution sufficient to induce you to try its strength.

If this be the case, as it probably is, can you pretend that the very reason which makes penance more necessary, is a sufficient plea for a dispensation? Your imaginary weakness is itself a crime, and ought to be expiated by extraordinary austerities, instead of exempting you from those which are common to all the faithful.

If the Church were to make any distinction among her children; if she was inclined to grant privileges to some, and none to others, it would be to those whose lowly arid dependent station exposes them to the hardships and fatigues of toilsome labour who suffer from the severities of the seasons, from hunger, from thirst, from public oppressions, and from private wrongs who have only a distant view of the pleasures which this world affords and whose happiness has attained its greatest height when a bare sufficiency is procured for themselves and families. But as for those on whom the world has lavished its choicest gifts whose greatest unhappiness arises from the satiety and disgust which is inseparable from sensual felicity, they can pretend to no other distinction than that of increased austerity, and a prolongation of the canonical rigours of penance.

But what is their conduct? The opulent, the independent, the higher classes of society the men who alone seem to need repentance the men for whom this penitential time is principally intended, are almost the only ones who plead for a dispensation; whilst the poor artisan, the indigent labourer, who eats his bread in the sweat of his brow whose days of feasting and merriment would be to the rich man days of penance and mortification, whilst he, I say, bows down with respect and submission to this holy law, and even in his poverty retrenches from his usual pittance, and makes the time of Lent a time of extraordinary suffering and penance

But, my God! the time will come when thou wilt openly espouse the cause of thy holy law, and confound the advocates of human concupiscence. The Pharisees in the gospel disfigured their faces, in order that their fasting might be remarked by men: but this is not the hypocrisy of the present day; no: after a year spent in excess, in murmurings, and in sin, the pampered disciples of a crucified Jesus put on a pale, a weak appearance at the commencement of this holy time, for the sole purpose of setting up a plausible pretext to violate in peace the law of fasting and abstinence.