Detail from a painting of Marie Antoinette by Joseph Caraud 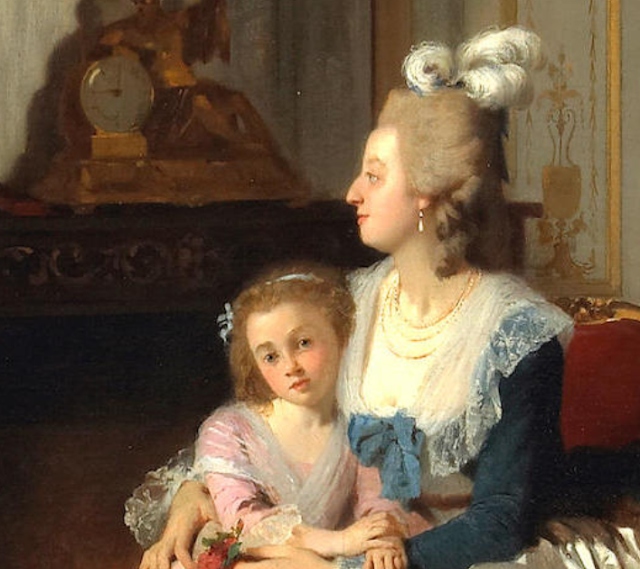 Joseph Caraud painted a number of works related to the life and times of Marie Antoinette. One such work is a lovely piece sold at Bonhams in 2005, depicting the Princesse de Lamballe reading a book to Marie Antoinette and her daughter, Marie Thérèse Charlotte.

This detail allows us a closer view of the most charming aspect of this Caraud piece. The Caraud portrait, not bound by the same political and social expectations as Vigee-Lebrun's heavily charged piece painted amidst the pre-Revolutionary crisis, depicts the queen as more classically maternal in her posing.

One arm is wrapped around her daughter, while Marie Thérèse rests her own arm on her mother's; Marie Antoinette is looking towards (not pictured in the detail) the Princesse de Lamballe reading, while Marie Thérèse gazes out towards the viewer, as if to emphasize that we are looking at an intimate private moment--and not the composed, official state portrait that Caraud drew inspiration from.