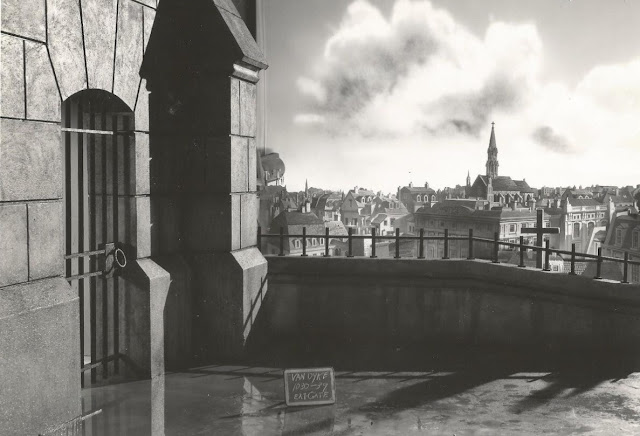 A production-made set photo taken on the set of MGM's Marie Antoinette (1938). This photo depicts the set used in one of the last shots of the film, where Axel Fersen can be seen overlooking the city skyline.
Posted by Anna Gibson at 11:34:00 PM