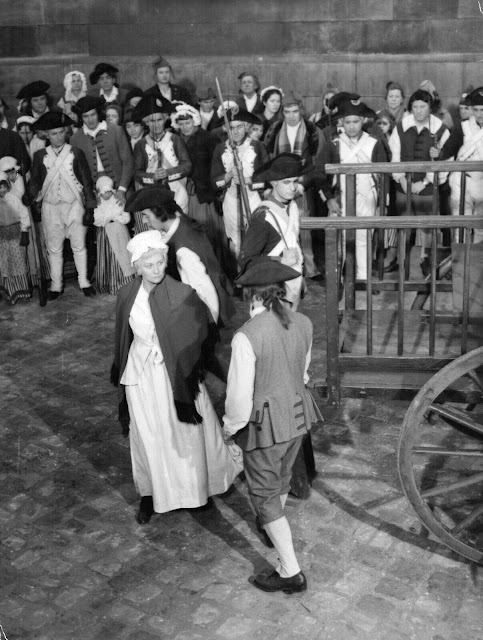 The above still depicts Michèle Morgan in Marie Antoinette (1956) stepping off the cart which took her to the guillotine in preparation for mounting the scaffold. In the final film, we only see this moment from the perspective of the man hidden under the scaffold, slightly obscured by the staircase, so it is interesting to see it from an open perspective. The jacket around her shoulders is notable: is it meant to be part of the scene, perhaps a jacket offered by someone to keep her warm? Or are they simply preparing the blocking for the scene and Morgan herself opted to wear something to keep her warm in the meantime? The description on the back of the photo doesn't indicate either way.
Posted by Anna Gibson at 1:11:00 PM